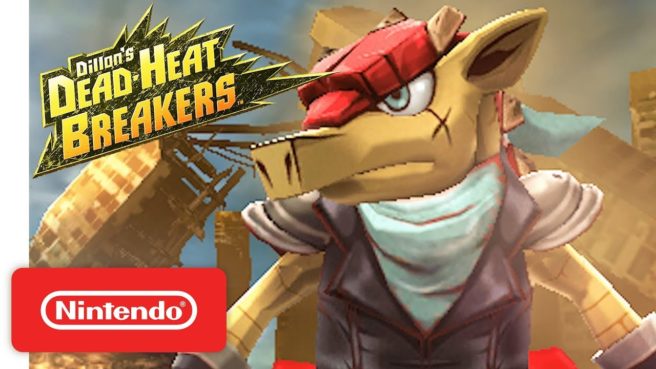 Did you know that Nintendo brought Dillon’s Dead-Heat Breakers to the 3DS in May? Perhaps not, as it definitely went under the radar. It was eShop-only in North America, and with Switch soaking up the limelight right now, the game’s producer believes that folks may not be aware that it was released.

In an interview with Kotaku, Nintendo producer Kensuke Tanabe spoke about wanting more people to play Dillon’s Dead-Heat Breakers. He also spoke about interest in creating another title with Dillon as an RPG.

“I really only know about what people are saying online. What I see personally is that many people are not aware that this game has been released, and I want more people to play this game.”

“I”ve actually been wanting to make an RPG with Dillon as a main character for a while. I am hoping this game reaches a wide enough audience that we can make that plan come true in the future.”

“I bet the players who like Dillon and the setting actually are pretty secretive about it. I would like more people to know about the game. It’s not like a popular restaurant, so there won’t be a sudden crowd or a long wait time or anything. So, to any new players who have an interest now after reading this article, please give the game a try. You won’t regret it.”