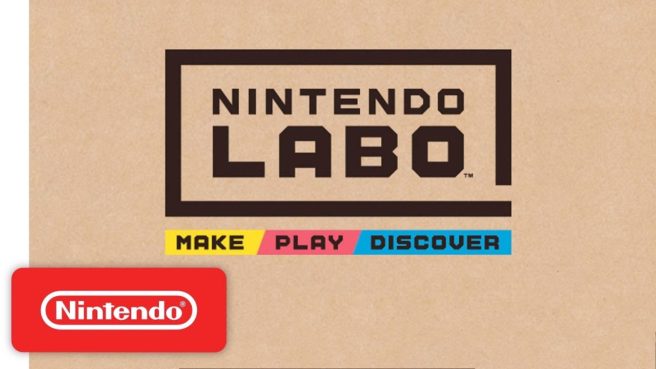 If you only watched the first couple of seconds of this week’s Nintendo Labo trailer, you might get the impression that Nintendo is trying to do something with VR. It could remind you of something like Google Cardboard. But as the trailer progresses, you’ll quickly realize that Nintendo is going for something that’s rather different.

Nintendo Labo also isn’t intended to be an answer to VR. That’s according to Nintendo of America president Reggie Fils-Aime, who spoke with Toronto Sun about the new initiative.

“We do believe that there will be experimentation that some of these communities will do on their own. And from our perspective that’s a good thing.”

“At the core of everything we do, the goal is to make people smile.”