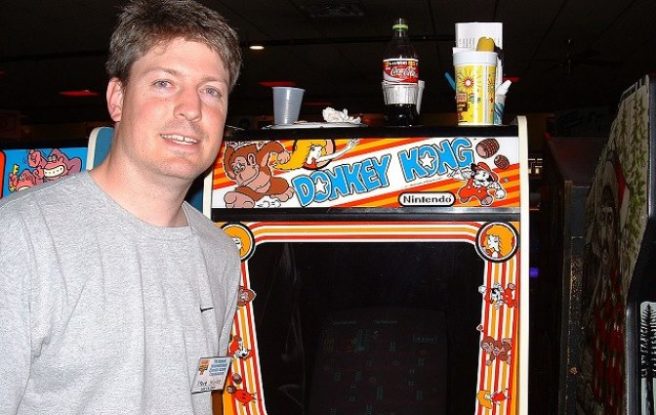 If there’s one person who has something to gain from Billy Mitchell’s high scores in Donkey Kong having been thrown out, it would be Steve Wiebe. As depicted in the 2007 documentary, The King of Kong, Wiebe had been attempting to overtake Mitchell’s score at the time.

So what does Wiebe make of the recent controversy surrounding Mitchell? Before saying that it’s been “surreal” being back in the news a decade later, he told Variety:

“The more I thought about it from the ‘King of Kong’ days, it all seemed to make sense now. All the things that were happening at the time… like why he didn’t come out and play me, and why he was inciting whose records were going to be authenticated and who’s were going to be dropped. ‘King of Kong’ referenced that that he was a referee and on the board of directors. When that leaked out, it started to make more sense.”

“I’m not the champ any more, but getting recognition for being the first to a million is a great consolation. That’s what I was really bummed out about 11 years ago.”

“Billy will have his turn to say something in response, for now I’m just in awe.”

Twin Galaxies stripped Mitchell of high scores in Donkey Kong after it was determined that they were achieved through emulation as opposed to a natural arcade machine. Guinness World Records is taking similar action.