Posted on May 2, 2019 by Matt(@OnePunchMaz) in News, Screenshots, Switch, Videos 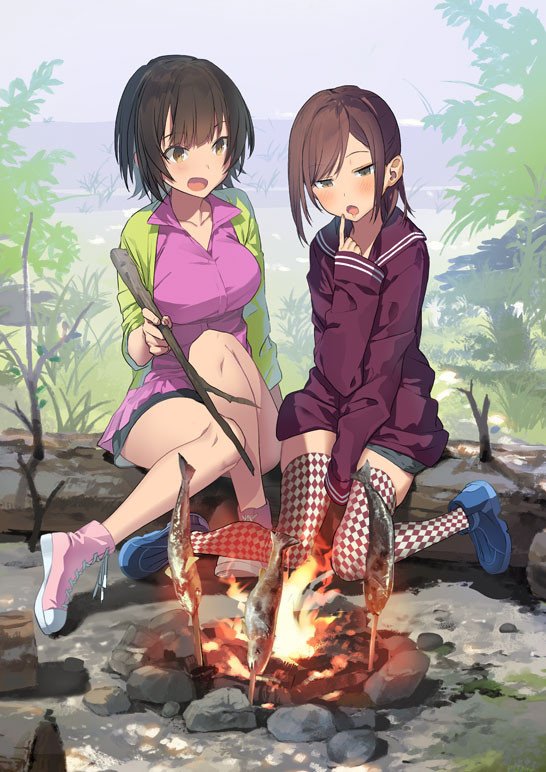 Nippon Ichi has published the opening movie for their upcoming survival game To All Mankind:

They also released some more information on the game, detailing the gameplay flow you’ll be going through (credit goes to Gematsu for the translation):

After waking up at the hotel she is staying at with the other girls, main character Kyouka will explore the ruins of Akihabara, foraging for useful items and supplies. Since Akihabara is a popular tourist destination, she will occasionally find foreign currency – the coins can be used for things other than as spending money though. You will also be able to scavenge various electronic items for parts such as batteries.

You also need to prepare food every day. Depending on what ingredients you use, you also get additional benefits such as increased dexterity or a better chance of finding items. You can choose to forego eating food for a while in order to have time to explore, but being hungry and tired eventually affects your performance in a negative way. There are a variety of recipes you can prepare, and more can be acquired throughout the game.

Additionally, Nippon Ichi provided some details on the game’s downloadable content. For 500 Yen, a new character will join the group about halfway through the game: Sukhaya Shuka. Half-Japanese and half-Russian, this 12 year-old girl is a prodigy who enjoys rakugo and is already enrolled in university, studying aerospace engineering. She is very knowledgeable and can see things the other girls can’t.

Finally, here are some new screenshots of the game:

To All Mankind will launch in Japan on June 27. A Western release hasn’t been announced yet.

More: Nippon Ichi, To All Mankind