Virtuos on how it ported BioShock and XCOM 2 to Switch, difficulties, development length 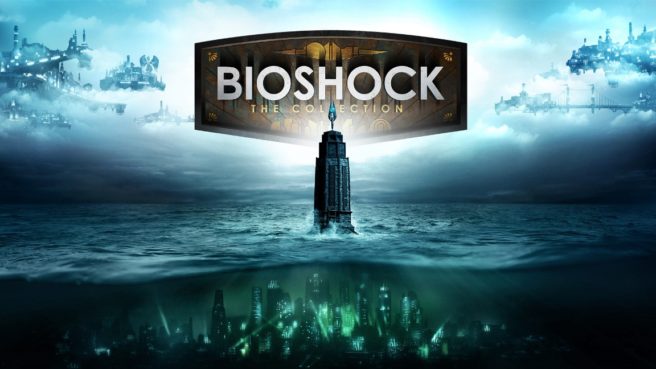 Update: After looking at Automaton Media piece again, we’ve verified that our translation is correct. However, the publication may have mixed up its transcript. The site should have written “GPU” instead of “CPU” for the line: “The CPU’s performance can be changed rather quickly by reducing the resolution and graphics settings, so CPU optimization is usually the priority.”

Last year, new collections from 2K made their way to Switch. BioShock: The Collection, XCOM 2 Collection, and Borderlands Legendary Collection ended up on the platform.

Aside from Borderlands, Virtuos was responsible for everything else. And during an interview with Automaton Media, the studio’s Andy Fong and Lukas Codr shared interesting details about the Switch ports of the BioShock games and XCOM 2. The two spoke about the actual porting process, difficulties encountered along the way, and how long it took to complete development.

You can read our full translation below by Nintendo Everything’s Oni Dino.

How did you go about optimizing both BioShock: The Collection and XCOM 2 Collection for Switch?

Fong: We started off by playing the game on the actual console to identify performance hotspots where the frame rate would dip. We then analyzed both the CPU and GPU to determine the source of the problems. After compiling and analyzing all the hotspots, we then created a plan to optimize everything. We laid out the tasks and evaluated the efficiency of each one, such as working hours, the right people for the tasks, and the potential benefits or impacts on the overall quality.

The CPU’s performance can be changed rather quickly by reducing the resolution and graphics settings, so CPU optimization is usually the priority. It requires a detailed understanding of both how certain features are implemented, and a strategy to change or utilize the CPU’s resources as much as possible  – it’s a very time-consuming process.

We always try to use the Switch’s inherent features with the Maxwell GPU first before reducing the resolution and image quality. Maintaining a stable frame-rate is more important than retaining graphical features from versions of the game on more powerful hardware. With that in mind, we arrange graphical features in order of priority and might simplify or remove some of the lowest priority features, depending.

Have there been any areas during development that gave you a tough time?

Zhang Chengwei: Our biggest challenge with XCOM 2 Collection was memory optimization. The PC version uses over 7GB of memory, while the Nintendo Switch is limited to using only 3.2GB of memory. We had to continuously profile the game, make decisions, implement and test them, then profile again. We spent nearly six months optimizing just the memory. We tried many different methods using more efficient file formats, getting rid of unnecessary memory usage, and ultimately changing the original console’s memory system. The process was like wringing water out of a sponge: the more water we’d wring out, the more difficult and complex the process would become.

The challenges we face when porting a game are totally different from those on a typical development project. Firstly, we need to confirm whether or not we have all the original source code and data. With BioShock: The Collection, we recognized during the initial stages that some data had been lost, which took time to resolve. Secondly, the engines and middleware used in the original games are most often very old  – especially middleware that was originally closed source. For example, BioShock and BioShock 2 use an extremely old version of Havok; it took us months just to contact and sort things out with the vendor. Lastly, players have very high expectations of a ported game’s quality. There’s almost always videos uploaded to YouTube comparing things like frame-rate, visual quality, load times, and so on. The way we ensure the quality of our games is also a huge challenge for us. Most often, it’s tied closely to the timeline and the cost of the project.

How long does it take and how many people work on each Nintendo Switch port?

Chengwei: At its peak, BioShock: The Collection had around 40 members on the team and development took about 10 months. For our strategy on BioShock: The Collection, we used what we call a “One Team” approach – that’s when a single team takes the lead on developing three titles simultaneously. Doing so maximizes the knowledge shared and improves the projects’ overall cost-management. This was also a touchstone for our team development processes.

Fong: The XCOM 2 Collection team was about 30 people and lasted 10 months.