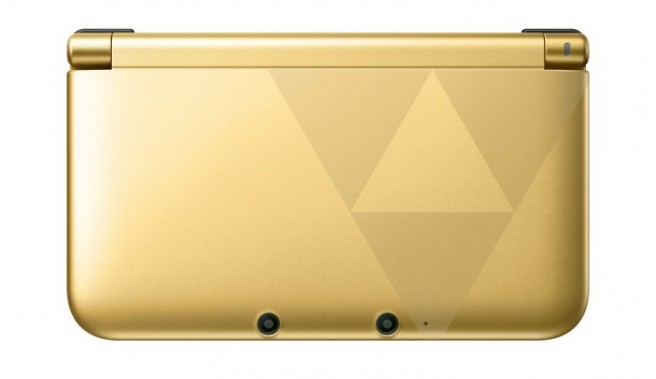 Nintendo will be releasing the special Zelda 3DS XL system in Japan in late December. It was previously announced for Europe, and a GameStop Black Friday ad leak confirmed the handheld for the US as well.

Amazon Japan started taking pre-orders for the Zelda 3DS XL earlier today. Just 700 units were available for pre-order, and within minutes, consumers snatched them all up. Given the small amount available, that should come as no surprise.