Wii HD rumors aren’t anything new, especially considering the heavy speculation which popped up last year. But in spite of the fact that Nintendo supposedly ended the gossip only a few weeks ago, the rumors have reappeared and are back in full throttle. Wedbush-Morgan’s Michael Pachter, in his “Money for Nothing, How Ancillary Revenues Can Extend the Console Cycle” report, shared his beliefs that a new iteration of the Wii could be on the way – Wii Plus HD – and might even be in stores by the end of 2010.

“We expect Nintendo to sustain their competitive advantage by introducing a high definition version of the Wii, perhaps as early as the end of 2010, in order to convert its large installed base into true ‘next-generation’ households.”

But that’s not all. Controversially, Pachter went on to say that Wii Plus HD would enable developers to create games with graphics more equal to that of the Xbox 360 and PlayStation 3. As Pachter explains, Nintendo would receive support from publishers but the release of Wii Plus HD depends on numerous factors.

“In our view, if Nintendo can offer such a device by year-end 2010, it will be in a position to seriously damage Sony’s chances of a comeback this cycle. We would expect publishers to support such a move, given that the cost of porting an Xbox 360 game to the new Wii Plus HD format would likely be lower than the cost of building a ground up Wii game. Of course, the timing of such a launch will depend upon several factors, including the cost of production, the price points of its competitors’ consoles, and the willingness of publishers to support a launch.”

“We believe that each of these factors will shift in Nintendo’s favor eventually, and are targeting fall 2010 for a Wii Plus announcement.”

Details on two events in July

We exist as a fundraising group dedicated to raising money for various organizations through the medium of video game marathons streamed live over the Internet. We provide entertainment for our viewers, including a live commentary feed so that they can interact with the members of our group and a method to actively donate. We strive to provide a suitable and courteous environment in which to show that video games are not always as bad as the media might otherwise suggest and to provide people with a place they can come together to watch something they might enjoy while being able to donate to worthy causes and help out the community while enjoying themselves.

This July 10th, beginning at 5:00pm CST time we are going to be hosting a 72 hour gaming marathon streamed live from our website, http://returnersgaming.blogspot.com to raise money for Child’s Play. Our donation period begins on the 6th and ends on the 20th of July. All donations go directly to Child’s Play without us seeing even one cent of the money raised. Either a credit card or a PayPal account is necessary to donate but assuming people cannot donate they can continue to help us out by spreading the word about the marathon.

This marathon is going to deal with RPGs from the Nintendo 64 era and back. As such no recent games are going to be played during the marathon. Our current roster of games consists of Chrono Trigger, Chrono Cross, Super Mario RPG, Final Fantasy IV, and Final Fantasy IX. Other games may well be added to this list as the time of the marathon grows closer.

We will have 5 TV’s playing Nintendo World Championships and 5 playing Nintedo Campus Challenge. Gamers
will compete to get the highest scores on these two rare Nintendo cartridges. The high scores will get $200 gift cards to JJGames.com plus other attendees will receive free t-shirts and the reproduction cartridges we will be using for the event (worth $55 for NWC and $85 NCC).

Thanks to Steven and JJ for the news tips!

EA understands that Dead Space: Extraction is a risk

“Well, there has been some M-rated high-quality games released recently on Wii that we’ve taken note of, and that’s why I think Dead Space: Extraction is a gamble. It’s a calculated risk. Can a high-quality experience like that that appeals to a more mature audience work on the Wii platform? We spent a lot of research, time, and understanding that the customer dynamics of who’s actually playing on the Wii, do they own multiple platforms, are there really gamers on the Wii, or is it mainly families and youth? But we think we’ve found a market on the Wii that would be interested in the Dead Space: Extraction experiment. We’re going to take a gamble and build that market. You know, until you try, you don’t really know if the hypothesis is correct or not…I do think that it is a difficult ecosystem when only Nintendo products can succeed. Eventually, those types of platforms lose legs, because you need innovation coming from publishers and developers outside of Nintendo to really keep them fresh. I mean, look at 360 as an example, they’ve really nailed it.” – EA Games label president Frank Gibeau

The sales situation for more mature games on Wii never really seems to be too positive. However, I’m pulling for Extraction and perhaps it has a better chance than a title like MadWorld. After all, MadWorld seemed to be more of a difficult title to sell with its visual style and newness in the market. 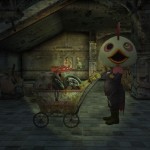 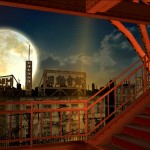 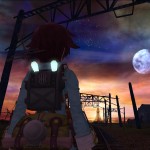 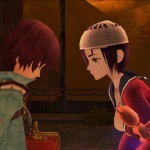 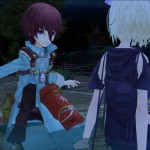 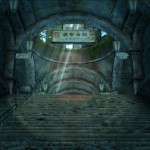 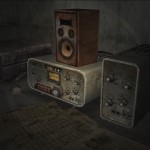 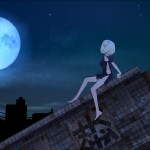 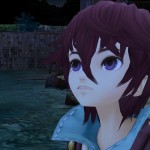 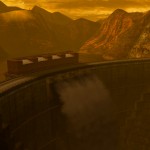 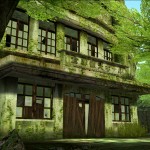 “I think that generally a lot of the game design in Left 4 Dead was focused on keeping the players together and really punishing a player that leaves the group. So the difference conceptually with The Grinder is that our characters are hunters, not survivors. They’re not every day people who are kind of thrust into this situation. They are prepared for what they are doing. With that said, one of the things that makes Left 4 Dead so compelling – and really there are a lot of other games, Resident Evil 5 has cooperative mode, Gears of War is a huge game that focuses on co-op, Halo 3, any of the games that boast co-op support, the best ones are those that encourage players to stick together. Left 4 Dead did a great job of doing that with the designs of their enemies behavior. So the Hunter, the Smoker, the Witch, and all of the infected enemies that are after you, encourage players to operate together, to communicate, and stick together. And so, that general philosophy we want to keep, but we want to put our own special twist on it, that also make players feel empowered.” – The Grinder Producer Josh VanVeld

I don’t know about you guys, but this seems like my kind of game. Working together with other players through co-op is a genre that is lacking on the Wii.

Cambridge, Mass. – June 29, 2009 – Harmonix and MTV Games today announced 16 tracks from artists including Mission of Burma, Pearl Jam, The Offspring and more coming this week to the Rock Band® Music Store catalog of downloadable content for the Wii™ system.

Three songs each from alternative rockers Pearl Jam and punk favorites Mission of Burma will be added this week. Additionally, songs from The Offspring, Harvey Danger, Panic at the Disco, George Thorogood and more will be released June 30 to the Wii Rock Band Music Store.