Lord of the Rings: Conquest for DS

In a partnership with New Line Cinema, The Lord of the Rings: Conquest is an action-packed game created by the same Pandemic Studios team behind the best-selling Star Wars Battlefront™ and Star Wars Battlefront™ II titles. Set in J.R.R. Tolkien’s “The Lord of the Rings” universe as depicted by the Academy Award®-winning films, players will finally fight the entirety of these epic battles any way they want. In addition to crusading as the heroic forces of good, for the first time ever in a ‘The Lord of the Rings’ action title they’ll conquer Middle-earth while playing as the legions of Sauron’s evil army, including Cave-trolls, Oliphaunts, the Balrog and Sauron himself. The game is set for a global release in fall 2008.

“Our Pandemic Studios creative teams have years of expertise bringing giant battlefields to life,” says Andrew Goldman, Pandemic Studios co-founder and general manager. “We’ve always wanted to harness our experience in a fantasy universe with warriors, archers, mages and castle sieges. Of course, there is truly no better fantasy world to recreate than the enormity of Tolkien’s ‘The Lord of the Rings’ realm.”

“We’ll freely admit that we’re rabid fans of The Lord of the Rings fantasy,” says Josh Resnick, co-founder and general manager at Pandemic Studios. “Our experience creating massive, rich, action-packed games means that The Lord of the Rings: Conquest will give fans exactly what they want: full control of the blade, bow and magic to fight its epic battles any way they want – even if they choose to play from the evil side.”

END_OF_DOCUMENT_TOKEN_TO_BE_REPLACED

New Golden Sun title not out of the question 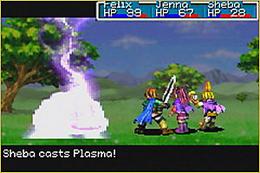 Camelot representative on Golden Sun…“Yes, we hear this question quite a lot! We hear it not only from fans but also from our design staff as well. The pressure is certainly on! We think this is natural, since our company was founded as a RPG developer. We hadn’t even released any other kind of game before making the original Everybody’s Golf for Sony. We are very happy that Golden Sun has received so much love from fans. It seems to be one of those games that people really latch on to. We will never say that the Golden Sun series is dead… If we said that, then some of our excellent staff members might quit on us! Then we would have to make a new Golden Sun game just to get them back! Please be patient, who knows when a new Golden Sun game will appear on the horizon?”

To be honest, I have never played Golden Sun. However, I know that the series has received great feedback from critics and especially fans. I would be interested in hearing about a new game in the series even though I haven’t played a title, and playing one of the Golden Sun titles is a priority that I have. 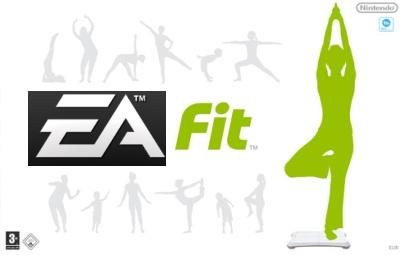 In hopes of attaining the success of Wii Fit, Peter Moore has publically noted that EA has a balance board games in the work, mainly focusing on western cardio workouts.

“We’re watching very closely what the Wii Fit board does. We think we have to have a role to play with that mum – the kids have gone to school, she’s got 45 minutes on her own, the Wii is there, it’s the first console she’s ever liked because she can do things herself. And we’re working on stuff, trying to work out how we can use EA Sports applications there. I need to have a point of difference. We also need to make sure we’re delivering something that’s truly exercise. I’ll call [Wii Fit] more eastern fitness, where it senses weight and balance, like Tai-Chi. It’s more about holistic fitness. I don’t think the board is going to take a pounding. We need to look more at western fitness in which I can actually be moving and start to sweat a little bit, and that’s what we’re working on right now. It can’t feel like a workout The team has to figure out, how do I smile while I’m doing this? You play soccer for 90 minutes; if I say you’re going to run five miles you’re not gonna want to do that. But you run for five miles playing soccer and you’ve had a good time. The difference is you’re distracted. We need to distract people and not make this exercise feel like work, but like they’re having fun. So mini-games, things where you’re actually laughing out loud, that’s the stuff we’re working on. It’s something I’ve always been passionate about, and who better than us to go and play in that market?” – Peter Moore, EA

Nintendo Channel: Bizarre restriction in place based on sharing settings

One of the more welcomed features of the newly released Nintendo Channel is the ability to download DS games from the Wii straight to the Nintendo DS. While this function is appreciated, those who have sharing settings disabled will unfortunately miss out on downloadable DS content. For some strange reason, if you do not allow Nintendo to access your Wii data, DS Downloads will not be available on the channel. It’s questionable as to why Nintendo would do this, considering no information seems to be collected by Nintendo when downloading DS data. On Is data so important to Nintendo that they must bribe Wii owners in exchange for DS downloads? 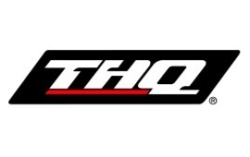 Although I do agree Nintendo may have caused THQ to lose out a bit on sales, THQ did not exactly release many titles that match Nintendo’s quality and polish of their games. On the other hand, it has been proven that sometimes, even if excellent titles are released into the market, the sales will not always be fantastic.

A Game Boy from the Gulf War – yes, it works!

– published by Marvelous and developed by Matrix
– 3D action RPG
– Fantasy
– Action takes place on the top screen, the bottom screen is book-like, but represents the inventory as well