New Prince of Persia title heading to DS, not Wii

SAN FRANCISCO –April 28, 2008 – Today Ubisoft, one of the world’s largest video game publishers, announced that a new Prince of Persia is scheduled to release Holiday 2008 for the Xbox 360® video game and entertainment system from Microsoft, the PLAYSTATION®3 computer entertainment system and PC. This new Prince of Persia marks the debut of the critically acclaimed franchise on next-generation consoles. Developed by Ubisoft’s award winning Montreal studio that brought you Assassin’s Creed(TM) and the same all-star team that created the previously acclaimed Prince of Persia® Sands of Time trilogy, Prince of Persia is opening a new chapter in the Prince of Persia universe, featuring a new breed of gameplay. The game is poised to rejuvenate the action-adventure genre in addition to introducing a brand-new illustrative art style.

Ubisoft will also release a Prince of Persia game specifically designed for the Nintendo DS(TM) system, featuring an entirely new storyline and new characters. More details to be unveiled in the future.

There’s one new game for the Virtual Console? this week – and it’s a double. Double Dragon? is a true action-fighting classic. This side-scroller brought the arcade original into the home and laid the groundwork for numerous sequels. It’ll get your nostalgia engine fired up. Now go put the hurt on some bad guys and save Marian.

Double Dragon (NES?, 1-2 players, Rated Everyone 10+ ? Mild Violence, 500 Wii Points): Double Dragon begins with Billy Lee’s girlfriend, Marian, being kidnapped by a group called the Black Warriors. They demand to know the secrets of Billy’s martial-arts style in exchange for his girlfriend. However, Billy won’t stand for these underhanded tactics and decides to rescue her himself. Help him fight through city streets, buildings, jungles, temples and various other locations in a quest to find his girl. He’ll gain experience by using different fighting techniques to obtain more hearts, which will unlock more powerful techniques to use against his enemies. Keep an eye out for crates, boulders, whips, bats, knives and even dynamite along the way, as Billy can also use them to annihilate opponents. Armed with his mysterious and powerful martial arts, help Billy pummel his way through an array of goons, gang members and other Black Warrior scum to free Marian from their clutches.

Buckle Up! Mario Kart Wii Puts Everyone in the Driver’s Seat

REDMOND, Wash., April 28, 2008 – Since the invention of the automobile, kids have pantomimed driving with pretend steering wheels. Since the dawn of the video game age, people of all ages playing racing games have twisted and turned their controllers to steer their vehicles, even though it had no effect on the action on the screen. Now, Mario Kart® Wii makes these fantasies a reality and brings a new level of immersion and interaction to video games.

The raucous driving game, which launched Sunday, comes packaged with the Wii Wheel™ steering wheel accessory that houses the Wii Remote™ controller and lets players steer just as though they were driving a real car. The accessory has been specifically designed and engineered so that even someone who has never played a video game before can pick up the Wii Wheel and start racing instantly.

“Just like Wii Sports, Mario Kart Wii will have everyone in the household playing together, laughing and having fun,” said Cammie Dunaway, Nintendo of America’s executive vice president of Sales & Marketing. “With the Wii Wheel and ability to race with Mii caricatures, Mario Kart Wii literally puts players directly into the game.”
END_OF_DOCUMENT_TOKEN_TO_BE_REPLACED

– Main character: Ray
– Ray lost a friend/co-worker, Steve
– Ray is trying to save Steve’s sister, Lisa, from a group of kidnappers
– Ray has to deal with natural disasters, as well as well as a nuclear threat from a terrorist group
– Move with analog stick, point with Wiimote to aim, B trigger to shoot
– Ray can stop along the way to help people that have been hurt
– One level has Ray escaping a tsunami via car. Steer the car ala Mario Kart Wii. 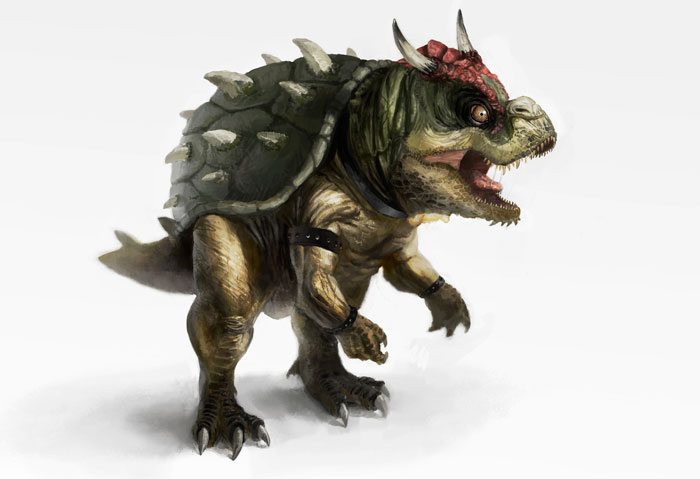 Many were both disturbed and impressed with the realistic Mario someone created a few weeks back, and one person in particular was inspired to take on another similar challenge. The artist modified some of Bowser’s proportions, but maintained his overall look. Still, this Bowser is more threatening, slender, and more reminiscent of a dinosaur. Quite impressive!

Posted on 13 years ago by Brian(@NE_Brian) in Rumors, Wii | 0 comments

Unfortunately, this bit of news comes from a fairly unreliable source. Until we see official numbers from Nintendo or a more reliable source, I’d consider this a rumor for the time being.

Don’t expect Bionic Commando on the VC in the future

Recently, Ben Judd of Capcom sat down for an interview with IGN. Since the interview was mostly focused on Bionic Commando, a topic brought up during the Q&A was Bionic Commando on the Virtual Console. Judd responded by saying “that also couldn’t happen…If it’s not on the Virtual Console, you can bet there’s a reason for it.” Judd was taciturn in providing a firm reason as to why Bionic Commando won’t be hitting the VC anytime soon, but further investigation shows that only Nintendo seems to be blocking any chance of the original game going live.

Not all too surprising considering the ordeal Nintendo apparently had over GoldenEye. I suppose that once a developer releases an original Nintendo game on a competition’s system (in this case, Xbox Live), Nintendo doesn’t become too happy.

Earlier today, Famitsu hosted an award show for 2007. Unsurprisingly, Miyamoto took top honors in the “Most Valuable Person” category, most likely for the phenomenal success of Wii Fit, and cult classic hits such as Super Mario Galaxy. In addition, Nintendo in general won many awards with titles such as The Legend of Zelda: Phantom Hourglass and Mario Party DS.