Ubisoft “expect to be wowed” by Project Cafe

“What you always get with Nintendo is innovation, with consumers at the heart of the technologies they create, which will always result in huge success and I’m more than confident that Wii 2 will live up to this. Never underestimate Nintendo and their capacity to look at gaming in new and innovative ways, I expect to be wowed.”

Nintendo always has something up their sleeves when they’re ready to reveal a new system. And usually, as Nintendo says, a new system is introduced when they have new ideas for games that can’t be accomplished on current hardware. So I definitely expect them to have some interesting projects to show at E3.

Nintendo’s E3 2011 presentation is just under two weeks away. That makes today the perfect time for some predictions! Eiji Maeda, senior analyst for SMBC shared the following comments with Famitsu regarding Project Cafe and the 3DS:

“Nintendo is definitely the company attracting the most attention at E3 this year, their Wii successor in particular. The Wii was a success because of the make-people-smile aspect of it that is such a key part of Nintendo’s goals, so it’s likely the new system will follow similar lines. Networking and online communication has become a vital part of any home system, and I think they will offer some kind of new service related to that. The Wii presented a comparatively large number of hurdles to getting online, and I think Nintendo will try to up the percentage of connected consoles with the new system.”

“Nintendo aims to sell 16 million 3DS systems in 2011, and they’re going to need to introduce titles that can bring them toward that goal. Some of the titles they’ve announced, like Mario, Mario Kart and Animal Crossing, will pretty much have to come out within this year, and the 3DS’s E3 presence will likely revolve around those titles. It’ll be a platform for Nintendo to re-emphasize the 3DS’s abilities.”

Rumors regarding Project Cafe’s have died down in recent weeks, though now that E3 is fast approaching, the speculation is beginning to pick up once again. Develop has published a bit of gossip they’ve been hearing from their sources, most of which pertains to a front-facing camera system for the console’s controller.

The site claims that they can confirm some of the previous rumors spread by other outlets, such as the six inch touch screen on the controller. A stylus may or may not be used – that’s unclear at this point.

New to the rumor pile is the apparent front-facing camera, which can be used for in-game images. Develop did not provide any additional information. The site’s source does have reason to believe that the 3DS could be used as a replacement controller, though that, too, is just speculation.

“The functions are the same. It is a standard wireless controller added with a front-facing camera and touch screen. That sounds far too much like a 3DS to me. But I can’t confirm this, Nintendo is being very cautious about the details.”

Posted on 8 years ago by Brian(@NE_Brian) in News, Videos, Wii U | 0 comments

I’m really quite surprised as to how much attention this video is getting. I mean, there already have been numerous attempts at “leaked Project Cafe” information. This video also screams fake to me. Sure, there is the 1% chance that it’s legitimate, but the chances of that aren’t very likely.

So, this is rather interesting. IGN has “built” Project Cafe. I know, that probably doesn’t make much sense… But they were able to create the hardware using specifications provided by sources and PC components comparable to the ones Nintendo will apparently use in their own console.

It’s definitely a rough idea of what Project Cafe will actually turn out to be – and Nintendo hasn’t, of course, confirmed any hardware rumors – but the results are very interesting (see the video and images below). 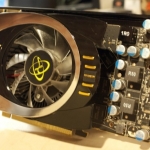 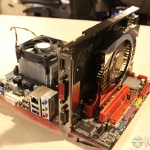 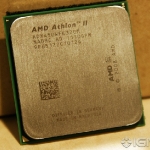 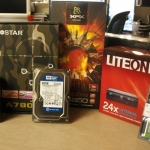 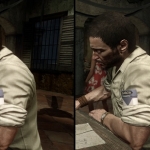 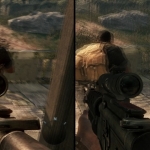 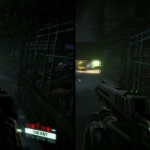 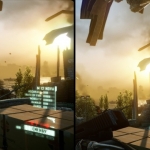 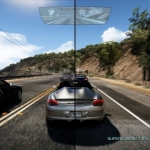 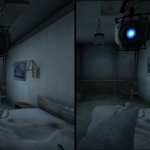 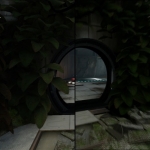 Images of the hardware and game comparisons. Xbox 360 on the left, Project Cafe on the right.

Tecmo Koei came right out of the gate with a launch title for the 3DS. According to CEO Yoichi Erikawa, the company would like to follow the same path with Project Cafe. Erikawa explained that hardware manufacturers rely on Tecmo Koei for launch titles, so the company hopes to have numerous games ready by the time Project Cafe releases.

Ubisoft says Project Cafe is “a fantastic platform”, can leverage PS3/360 work for the console

Ubisoft CEO Yves Guillemot recently provided a few comments regarding Project Cafe. Although specific information about the system’s functionality was not revealed, the remarks are interesting since Ubisoft is the first-third-party to share significant thoughts about Nintendo’s next console. Guillemot said the following on an investor’s call:

“The platform Nintendo is coming with is really a fantastic platform. We think it will be extremely successful. What we see is that we will be able to leverage a lot of the work we do for Xbox 360 and PS3 while we create games for the platform. So we will not have to redo completely the games that we create. We’ll be able to use all the capacity the console is giving but also use all the work we do for the other platforms.”

Looks like Project Cafe could be getting a decent amount of PlayStation 3 and Xbox 360 games in the future. I suppose that’s not necessarily a bad thing! The Wii has missed out on some tremendous third-party releases…

Nintendo hasn’t said when they’ll release Project Cafe. The only guarantee they’ve provided is that the console will not launch until after April 2012. There’s a very good chance that we won’t receive Project Cafe’s release date at E3, though there is some speculation that it could arrive in early 2012.

Zumba Fitness 2 was revealed for Wii today, but I’m sure most of you probably don’t care about that announcement. The press release did contain the following blurb, though:

“ZumbaFitness 2 will also launch on another-to-be announced platform in early 2012.”

Of course, it’s very speculative to assume that: a) the “another-to-be announced” platform is Nintendo related, b) is indeed for Project Cafe and c) Majesco has already confirmed with the Big N that the console will be out in early 2012. Still, this does make things very interesting…

These mockups are a bit more interesting than the last batch we posted. This time around we get to see some of the ideas fans are thinking about in terms of the actual hardware built rather than just the controller. These are some images of the controller as well, but things are pretty varied.

What do you guys think? Do any of these mockups interest you? 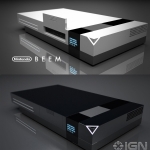 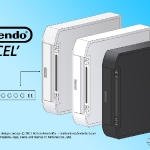 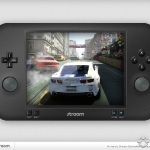 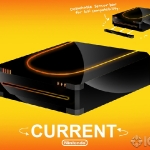 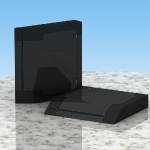 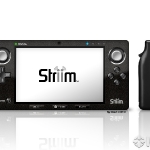 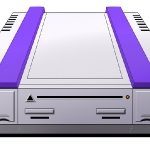 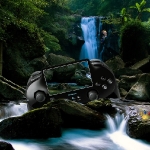 Posted on 8 years ago by Brian(@NE_Brian) in Rumors, Wii U | 0 comments

Nintendo is apparently putting a big focus on hands for Project Cafe. That is, for the E3 trailers at least.

According to Twitter user Supererogatory, who has been spot on with many rumors in the past, the Big N wrapped production on promotional videos for the console last week. Again, Nintendo was looking for actors with the finest of hands, which supposedly needed to be “flawless.”

Project Cafe’s controller will most likely be a central part of the videos, so perhaps Nintendo simply wanted to feature hands that look nice. Then again, maybe there’s something more to it… We’ll find out in a little under five weeks.

“Told Nintendo filmed Cafe E3 promotional videos last week in Orange County with a bunch of seeming hand models cast ‘based on their hands.’ The hands ‘had to be flawless’ and ‘couldn’t have blemishes, wrinkles or a lot of hair.'”