Posted on March 23, 2014 by Brian(@NE_Brian) in Developer Musings, General Nintendo 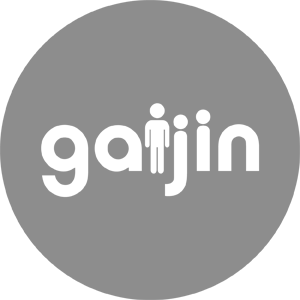 Upcoming Games: It’s a secret to everybody!

I have no way of proving it, but I suspect we handle feedback the same way most game developers do. First, before having any sort of reaction to it, we determine its validity. Is HaterGuy83 on Twitter actually making a good point when they say, “ur games are to hard please go die”? No, probably not. Conversely, when a fan informs us that they’ve encountered a bug or broken texture or something along those lines, we take it to heart and do our best to help them out.

Ultimately, it’s a matter of kindness. We’re more than willing to be receptive to negative feedback, but only if that feedback isn’t delivered in the form of a rude, insulting comment. This is applicable to pretty much every form of feedback, be it game reviews, comments on said game reviews, or from the people who reach out to us on social media outlets like Twitter and Facebook. Provided you’re being respectful and what you’re saying isn’t dripping with seething, palpable hatred, we’re all ears.

The short version: be nice! Even if you’re contacting us (or any game developer, for that matter) because you’re upset about something, try and keep it civil. Your chances of hearing back are much better.

Conversely, if you’re reaching out to give us positive feedback, please slather on the praise. The larger our egos get, the better.

Previous Works: Neko Entertainment has put out a bunch of titles as a developer and publisher. Some of the company’s recent games include Puddle, Kung Fu Rabbit, and The Mysterious Cities of Gold: Secret Paths.

Upcoming Games: One of Neko’s upcoming games is Wooden Sen’SeY, which is being worked on by Upper Byte. It’ll be hitting the Wii U eShop in the near future.

I want to start by saying that I handle marketing and public relations at Neko so I don’t take part in the creation process of the games (or just a little). This makes me certainly not as sensible to feedback as others, but I do consider the games I work on as my games too, and take pride or disappointment of their success or failure.

I don’t like the distinction of positive/negative feedback. For me, feedback is always positive as we learn what people think about our game. A negative piece of feedback would be useless commentary that doesn’t explaining anything.

I prefer talking about technical and experience-related feedback. Of course, technical points can impact the experience and both can be in the same feedback but they are easier to identify.

The technical points are what we look at first – bugs and crashes that are part of “negative” feedback one day can become positive another day if we fix the problem. And as we are independent developers, we can’t test our games on every PC configuration or every Android device. So feedback from the players can be very useful and help us a lot at Neko.

The problem is, if we don’t have the device or the configuration, we still can’t test it and it makes it hard to solve every problem for each player. That is the most frustrating part – when you know of a problem but can’t solve it because you don’t have the device, money, or time. For me, that is the hardest to handle. People can like or dislike your game, but knowing that someone wants to enjoy your game and can’t do so is the worst.

As for feedback about the player experience, they are always tainted with positive and negative points. That is one reason they are useful. I think in the video game market, consumers are deeply involved with the games and their development, more so than in any other market. Even if players like your game, they will always find ways to improve it.

Puddle was first released on Xbox 360 and PS3, and a lot of players found the difficulty too high and frustrating. That is why we created a new, easier difficulty mode for the next versions – after taking this feedback into account.

So I was talking more about players, but reviewers give the same kind of feedback except they are talking to their readers as opposed to us directly. Their comments make it “more and less” important than feedback from players.

More – because they communicate to other players, they share their feedback with a wider audience who rely partially on them to find good or bad titles. And that is a big part of our communication as an indie developer; it’s very important because it can greatly impact what people think of our games.

Less – because they are trying to make a good article, to be objective and to fit their experience in the format they use for reviews, often decomposing it in sub-categories. So the experience feedback has to be found between the lines or in the conclusion. It’s a bit robotic ^^. Example: Do you like me? I like your arms and your nose very much, your feet are horrible and the rest is acceptable: 6/10. Of course, I’m exaggerating but the grade system is too simplistic for me and can’t be applied in every case. Anyway, I can’t change the system! 😉

To finish, I just want to say thank you to every player (reviewers included). Thank you for playing and sharing your point of view. It’s heavily appreciated! 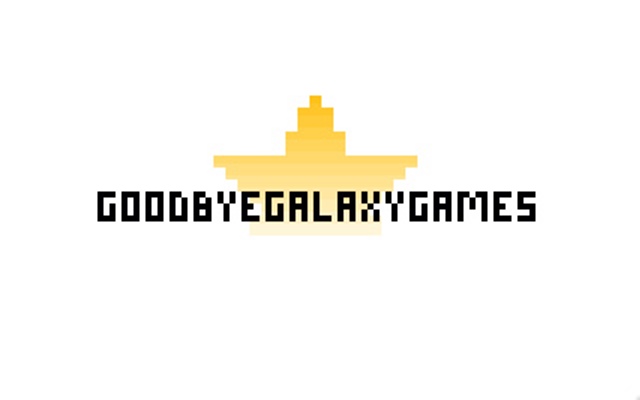 Previous Works: Flipper, Flipper 2, Color Commando, Ace Mathician. You should also recognize Goodbye Galaxy Games as the developer behind Tappingo. That game just landed on the 3DS eShop a few weeks back.

Upcoming Games: Unknown at the moment, though Tappingo 2 is a possibility.

Handling feedback can be very difficult for an indie developer like me. Sure, it can sting a bit while reading something negative about work you literally poured your soul into. But what’s even harder is figuring out exactly what a journalist or gamer means with their feedback.

After the release of a game I gather all information I can get my hands on by gamers and press. I can honestly say I read EVERYTHING anybody EVER wrote about Tappingo. I do Google searches, watch Twitter, forums and Miiverse and of course the bigger known Nintendo and gaming sites.

It’s impossible to make a game everybody loves. So what you try as a developer is to make the majority happy. And that is pretty much the first step in the feedback process – figuring out how many people agree with certain issues.

This does not mean that things only a few people care about do not get fixed; it just means those issues get moved to the back of the list. As a developer I still want to at least try to solve any issue and create a perfect game after all!

The next part is really difficult: figuring out if the majority is correct about a certain issue.

Journalists tend to focus on what features and modes are in the game, and which are lacking. As a developer you tend to take reviews from big sites very seriously. So it seems logical to move missing features or modes to the top of the list. However, after inspecting Twitter and forums it might turn out that players are not talking about missing those specific things. For most it might not be a big deal (not saying feature X or mode Y wouldn’t be nice to have; just that they were able to enjoy the game without them).

So where should such feedback be placed on the to-do list? For that the we need to answer a very important question: how long would it take and how many resources will it cost?

A lot of players and journalists do not really know what is going on behind the scenes. They might view an issue as small or easy to incorporate, while in reality it might be really complex.

The problem with a lot of features is not getting them to work. It’s getting them to work one-hundred percent of the time, which is needed to pass the platform holder’s technical check. All kinds of rules and guidelines need to be taken into account.

So an issue that a gamer or journalist might view as simple could cost me the same amount of time and effort as 6 other issues combined!

Most developers would rather fix 6 issues instead of 1. But it still might be worth fixing that one issue depending on the following question: will this affect general gameplay in a positive way? Please note I say ‘general’ gameplay. What this means is gameplay that occurs all the time throughout the game (so not one feature only used in a specific level).

If the answer is yes, it will increase the position of the issue significantly. Because this will be a issue players will certainly notice from the start till the end, and thus makes the game really feel better.

A good example for this would be the zoom in/out tool for bigger puzzles. Right now a lot of players felt like the tiles are too small on bigger puzzles and the game would benefit from a zoom option.

This is something players can use in every big puzzle, and will get rid of any frustration that small tiles might cause. So that makes the zoom option a high priority on my to-do list.

So in conclusion; handling feedback is not just about listing to your fan base but also trying to understand the mostly non-technical feedback. And then use your experience as a developer to judge which issues are important and which will get your game as close as possible to a perfect game.

Nintendo Everything would like to thank Dant Rambo, Benjamin Cestac, and Hugo Smits for their valuable insight and for taking the time to contribute to our feature.