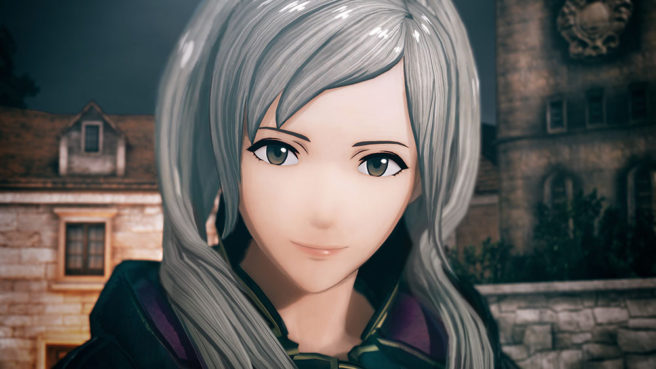 Nintendo Dream kept up with its monthly interviews with the Fire Emblem Warriors developers in its latest issue. Following the reveals of Female Robin and Cordelia, the Japanese magazine spoke with producer Yosuke Hayashi and director Hiroya Usuda.

Naturally the discussion had plenty of discussion about those two characters (including why Male Robin was chosen over Female Robin for the story). Hayashi and Usuda also discussed things like implementing the Pegasus Knights for gameplay and the difficulties there, incorporating strategic elements from the Fire Emblem franchise, and more.

Read our full translation with Hayashi and Usuda below. Previous Nintendo Dream interviews can be found here and here.

The details on Female Robin getting added

ND: We’ll start right away, and we’d like to hear about the newly confirmed appearing characters. You announced [characters] from Awakening again this time, but we’ll start with Female Robin (Reflet)!

Usuda: The Robin we told you about before was the male version, but someone said, “Since Robin is an avatar, you must be able to select between male and female after all!”

Hayashi: At the beginning when we created the story, we already decided to make Robin appear as a male though.

ND: Why would that be?

Hayashi: Because we also think there are many who would think of Robin as a male.

Usuda: In the general poll, Male Robin also had a higher position. And if I say it further, Corrin (Kamui), which is the avatar for Fates, has the female one with the stronger impression, so that can also be a point of contrast.

Hayashi: However, in the end, we as players do want to be able to use both male and female versions!

Usuda: The Robin that appears in the story has been fixed to be male, but if you progress through a certain replayability feature, there’s a system that lets you choose Female Robin too.

Hayashi: That’s one of the benefits from the replay value. In cut-scenes and other places, basically Robin will be male. But we asked all of the voice actors to consider both male and female versions when [their characters are] talking with Robin.

ND: Ability-wise, are there no differences between the male and female versions?

Hayashi: That’s right. They are not separate characters, so in the total number of appearing characters, male and female Robin are not counted separately.

Cordelia and Chrom; how will their relations be in this game be?

ND: And Cordelia (Tiamo) appearing here was such a surprise!

Usuda: We announced Cordelia because we wanted to quickly tell everyone about Pegasus Knights appearing here.

ND: How were the details on Cordelia getting added?

Hayashi: For the slot of Pegasus Knight from Awakening, there was also a suggestion to add Sumia instead.

Usuda: Because there will be Pegasus Knights from other titles too, so if we were to have two of them from Awakening… so with that reason, we had Cordelia appear instead, since she got more votes in popularity polls.

ND: What kind of character will Cordelia be like in this game?

Usuda: She was a character who was really easy to create! Despite being a genius that can do anything, you cannot omit comical words from her, such as her being told that her ‘javelin looks bland’. Because her presence is a beauty recognized by anyone, we properly created her model to be beautiful as well.

ND: What we’re wondering about is, ultimately, her relation with Chrom. Cordelia in Awakening wasn’t rewarded in many aspects…

Hayashi: That point of not getting rewarded may have been the secret to Cordelia’s popularity.

Usuda: We have another reason why we decided to add Cordelia, it’s because we want to write her conversation with Chrom.

ND: In that case, can fans look forward to conversations between Chrom and Cordelia, which are going to be exclusive in this game?

Hayashi: It won’t mean that a new relationship between them is going to develop, but I think you’d get to enjoy the situation itself, where those two get to talk with each other.

Correlations between the story and appearing characters

ND: Among the Awakening members that have been announced, Cordelia is not part of the Shepherds, so her position is also a bit different. How is she going to get involved in the story?

Usuda: Setting-wise, everybody will already have known each other when they enter the Fire Emblem Warriors world. In order to find Robin, who has gone missing in an unknown land, the other members are exploring the forest and met our protagonists there. Cordelia is out scouting by using her mobility, and found Robin getting caught inside a battle at the Temple… that’s the story development.

ND: Did you think of this game’s story after having decided on all appearing characters?

Hayashi: That’s right. It also includes points on where certain characters will join as partners.

Usuda: About the original characters who aren’t playable, while we were writing the story ‘we needed a character with this certain role’, when those occasions came, we added the new characters.

ND: We’ve asked about Cordelia, so now we’d like to hear about Pegasus Knights in general in this game, in more detail. We think their trait of flying in the sky is a big element, but how are you going to make use of that in Fire Emblem Warriors?

Usuda: While expressing the fact that they are ‘characters who fly at all times’, we aim for them to still feel good to play as with Warriors-style action. We especially had hardships in expressing the sense of flight. If they fly too high, their attacks won’t hit in the first place… (laughs)

ND: In the original games, they can fly very high after all.

Usuda: Ultimately, we made it so that when they’re attacking with their regular combos they would fly at a lower altitude. And when they’re moving around they’ll fly higher. Also, if you can juggle the enemies high, you can attack them single-sidedly with aerial combos. In this case, it’ll be an exclusive place for Pegasus Knights!

Hayashi: We’d like to re-enact Pegasus Knights’ ‘strong habits as a unit’ here.

Usuda: Flying in the sky is their advantage, but if you just let them go forward while relying on their mobility, there may be some places where they’d struggle.

ND: I see. Does flying in the sky while moving around become their advantage then?

Usuda: There are shortcuts that can only be taken by Pegasus Knights, such as deep valleys. You can also do things like… having another character ride them with Pair Up, then cross the valley and drop them on the other end afterwards.

ND: Were the Pegasus Knights a big factor when you were creating stages?

Usuda: I think the people in charge had hardships there. For example, they could no longer delimit maps with rivers. Because Pegasus Knights could easily cross rivers by flying.

Hayashi: If you could fly through anything it wouldn’t become a proper game after all, so we’d delimit them with mountains and walls that cannot be crossed [even by Pegasus Knights.

Usuda: To make it easier to understand that walls ‘cannot be crossed by even Pegasus Knights’, we tried raising their height, but it ended up becoming rather too high…

Hayashi: The sense of closure is really great with that one (laughs).

Usuda: By the way, in the Orders screen, we needed the controls to ‘match the cursor on the units’, so when we were creating stages we would write the grid positions first, and then make the maps to fit those.