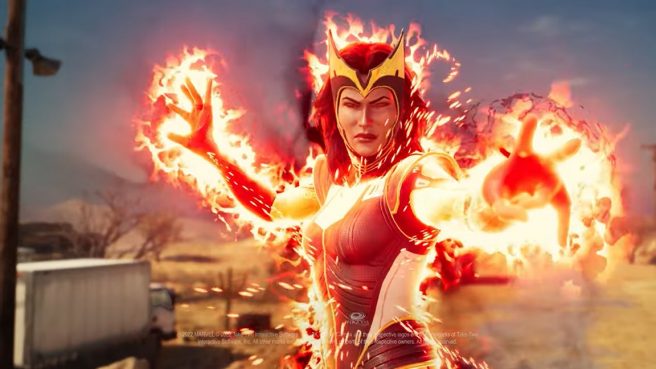 Humans have always feared witches, and anyone would have especially good reason to fear the Scarlet Witch, Wanda Maximoff. Wanda was born in the cursed Transian mountains and marked at birth by the sinister Elder God, Chthon, who sensed her potential to channel phenomenal arcane energy. This secret influence shattered the previous limits of Wanda’s abilities and truly unleashed her reality-altering chaos magic.

Wanting to control the power roiling inside her, Wanda turned to the tutelage of the ancient witch, Agatha Harkness. However, a tragic accident forced Wanda from the Abbey, and she now studies under the Sorcerer Supreme, Doctor Strange. She is increasingly convinced that others have been right to fear her all along and that succumbing to her dark heritage is all but inevitable.

We have the Marvel’s Midnight Suns trailer for Scarlet Witch below.