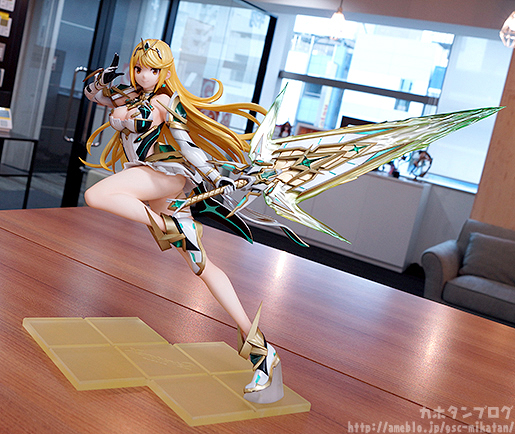 Original (4/11): Earlier in the year, a figure based on Mythra from Xenoblade Chronicles 2 was revealed. It’s now confirmed that pre-orders will be opening tomorrow. We’ll be sure to pass along all of the relevant links when they’re live.

In related news, a few new photos of the Mythra figure are in. We’ve rounded up the various images below.