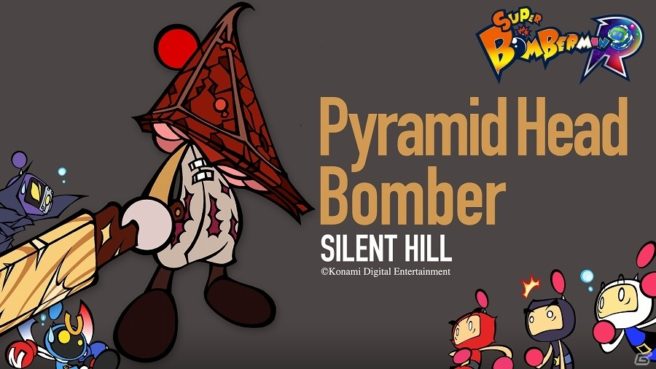 Super Bomberman R just received a fairly major free update, but Konami is already looking ahead to what’s next for the game. The company revealed that in a future update, three characters from classic Konami franchises will be added to the game: Simon Belmont from Castlevania, Pyramid Head from Silent Hill and Vic Viper from Gradius.