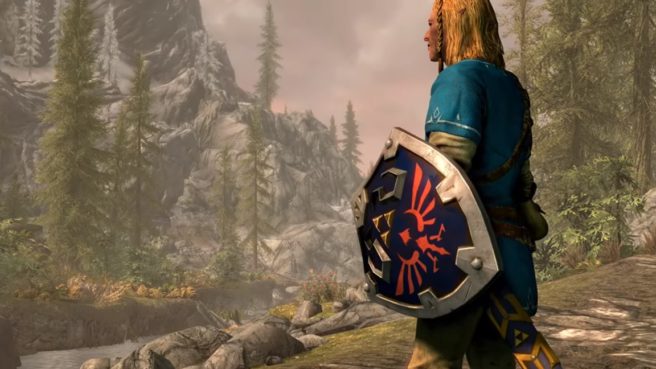 One of the more unexpected Nintendo-related E3 announcements took place during a third-party conference. During its presentation, Bethesda debuted a new trailer for The Elder Scrolls V: Skyrim on Switch and unveiled a special Zelda collaboration. The game will let players walk around in Link’s outfit from Breath of the Wild, sword and all.

Geoff Keighley spoke with Bethesda VP of PR / marketing Pete Hines about the collaboration at E3. He said:

“… talked to the Breath of the Wild folks, and they were big Skyrim fans themselves and loved the idea. We really wanted to kind of do an integration with them – their open world thing, our open world thing. It was a lot of fun. They were great with proividing us with all kinds of assets to make it feel like a cool, unique thing for Skyrim.”

The Elder Scrolls V: Skyrim is coming to Switch this holiday. A specific release date has not yet been announced.

Posted on 6 years ago by Brian(@NE_Brian) in General Nintendo, News, Switch | 40 Comments

Bethesda vice president Pete Hines was recently asked about NX and whether the publisher would support Nintendo’s next platform. During the interview, Hines mentioned that Bethesda is talking with Nintendo “all the time”, and having games on the new system is something that would be considered.

Metro now has even more in-depth remarks from Hines. The publication asked him to speak about how Bethesda stays in touch with Nintendo, and further asked about potential NX support.

Head past the break for the relevant excerpt.

END_OF_DOCUMENT_TOKEN_TO_BE_REPLACED

Bethesda on potential NX support – “definitely something we will look at”

Posted on 6 years ago by Brian(@NE_Brian) in News, Switch | 52 Comments 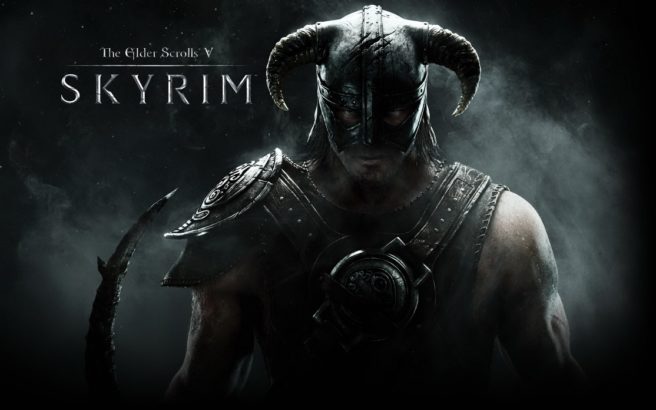 At QuakeCon, finder.com.au spoke with Pete Hines, vice-president of Bethesda Softworks. Hines was asked about the company’s stance regarding NX, and whether we can expect to see their titles on the new system.

“We talk to Nintendo all the time – we’re pretty well briefed in on what they are doing. It’s definitely something we will look at; and our philosophy is that we will put our games out on any format that supports the games as we envisage and make them. If the NX fits that from a technical standpoint, and fits the game that a developer in our stable is making, I don’t see why we would not put it out on NX. But it’s too early to say, ‘we’ll definitely be putting games out or not.’ Like with mobile, we want to have the right fit for the right formats.”

Bethesda has some heavy-hitting franchises between the likes of Elder Scrolls, DOOM, and Dishonored. Having more third-party games on NX certainly wouldn’t be a bad thing. Only time will tell if Bethesda’s titles will end up on the platform, however.