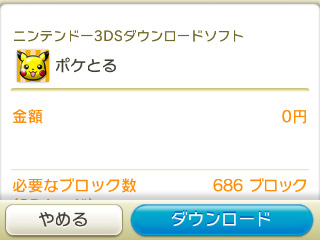 Pokemon Shuffle’s block size is in. The download is extremely small, as you’ll only need 686 blocks of free space. Pokemon Shuffle should launch on Wednesday.

Posted on 7 years ago by Brian(@NE_Brian) in 3DS eShop, Screenshots | 0 comments 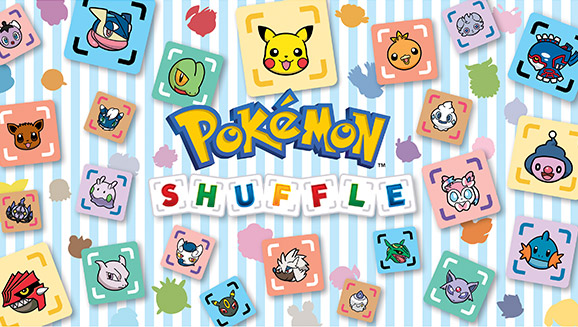 The Pokemon Company distributed new information about Pokemon Shuffle today. We have details about quite a few things, including pricing. Check out all of the tidbits in the roundup below.

– Free-to-play, as previously mentioned
– Stamina system: get 5 hearts and use a heart every time you play a stage (win or lose)
– Takes time for hearts to recover
– Initially thought to be 15 minutes, but images show 30 minutes
– Expedite recovery by buying hearts in the store using the in-game currency, gems
– Can obtain gems through StreetPass
– There are also in-app purchases
– 1 Gem = 100 Yen ($0.84 so will probably be $1 in the US)
– Can then purchase either hearts or coins
– Coins can be used to buy items to make stages easier, or Great Balls to make capture of Pokemon more likely.
– Pricing scheme:

– To get 75 hearts would be 1,000 yen (roughly $8)
– Somewhere around 160 Pokemon/stages
– 1 Pokemon per stage
– Charizard and Mewtwo have two entries due to two Mega Evolutions
– Those looking to run through the game as quickly as possible using the stamina feature and without losing a single match (just paying for hearts) would need to spend 2,300 yen (assuming there aren’t any extra stages with duplicates etc.)
– The idea is to play it over time and not 100% it as fast as possible

Pokemon Shuffle introduction video, out in Japan next week

Posted on 7 years ago by Brian(@NE_Brian) in 3DS eShop, News, Videos | 0 comments

Pokemon Shuffle’s release date has now been confirmed. The downloadable 3DS game launches on February 18 in Japan. That date should apply to North America and Europe as well!

Posted on 7 years ago by Brian(@NE_Brian) in 3DS eShop, Rumors | 3 Comments 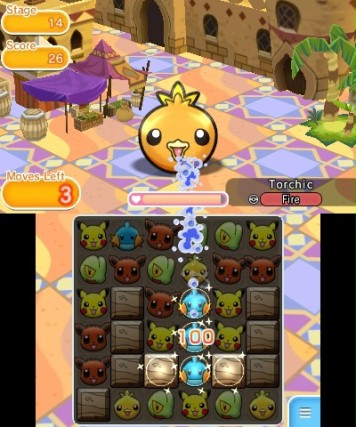 Pokemon Shuffle could be launching in North America as early as next week. A Nintendo newsletter has been making its way out to fans, which apparently confirms a date of February 18. We’ll let you know if we receive official confirmation.

Posted on 8 years ago by Brian(@NE_Brian) in 3DS eShop, Screenshots | 0 comments

BELLEVUE, WA—January 14, 2015—The Pokémon Company International and Nintendo have announced Pokémon Shuffle, a new game for the Nintendo 3DS family of systems that can be downloaded by players from Nintendo eShop at no cost.

In Pokémon Shuffle, players will put their puzzle-solving skills to the test as they battle wild Pokémon across a variety of stages. Match three or more Pokémon in the Puzzle Area to deal damage. The aim of the game is to reduce the wild Pokémon’s HP to zero within the number of moves available.??

END_OF_DOCUMENT_TOKEN_TO_BE_REPLACED

Nintendo has announced a new Pokemon game for the 3DS eShop, Pokemon Shuffle. Here’s what we know: