Steel Divers: Sub Wars was updated to version 4.1 last night. The patch brought about a single modification, which changed the submarine’s diving and surfacing angles back to how they were in version 3.0.

Steel Divers: Sub Wars director Takaya Imamura explained why the team decided to revert things back to how they were previously in a Miiverse post. Here’s what he shared:

Nintendo prepared a new update for Steel Diver: Sub Wars today, bringing the game to version 4.1. It should take up 326 blocks or so.

With the 4.0 patch, the following change was made:

– Submarine diving and surfacing angles The angle of a sub when it dives or surfaces will not be as steep, which makes it easier to evade frontal attacks.

Today’s update changes things again it has returned to 3.0 settings for the angle of a sub when it surfaces. This appears to be the only modification from the newest patch.

Steel Diver: Sub Wars has received its version 4.0 update. Like today’s Pokemon Omega Ruby/Alpha Sapphire patch, it can be downloaded from the eShop. You can get a look at what’s new by checking out the attached Miiverse post above from director Takaya Imamura.

Nintendo is currently working on a new update for Steel Diver: Sub Wars. Version 4.0 was announced by director Takaya Imamura on Miiverse, which also included a look at the fastest times for completing the single-player missions.

The 3.0 update for Steel Diver: Sub Wars is now available. This version of the game adds a bunch of new additions – they’re all outlined in the patch notes below.

END_OF_DOCUMENT_TOKEN_TO_BE_REPLACED 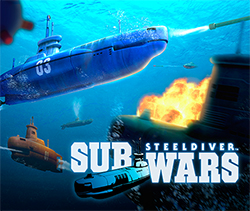 Steel Diver director Takaya Imamura took to Miiverse this afternoon to announce a 3.0 update for the free to play eShop hit. The update features friends battle over wi-fi, multiplayer maps exclusive to local battles and much more. 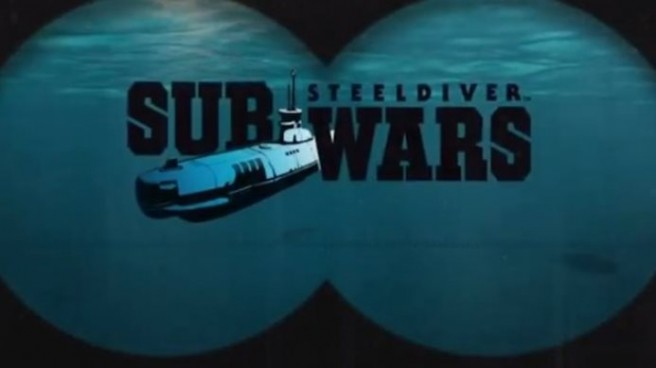 Head past the break for Imamura’s full Miiverse message, which covers the points above.

END_OF_DOCUMENT_TOKEN_TO_BE_REPLACED 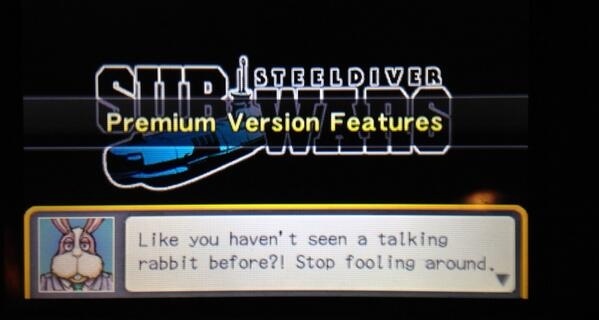 Steel Diver: Sub Wars has a bit of a connection with Star Fox. In the game, you may have noticed that Peppy Hare is shown in cameo form.

Despite Peppy’s appearance, the Steel Diver and Star Fox universes are not linked. This is something that Steel Diver: Sub Wars director Takaya Imamura confirmed to Nintendo Life in a recent interview.

At first, we had some dodgy salesman character acting as a guide, but this turned out to be a bit too shady. Instead we looked for a character that users are more familiar with and gives off a nicer impression, hence we went with Peppy Hare. I’m sorry to say though that there’s no connection to the Star Fox universe.

Steel Diver: Sub Wars’ first update is now available. Simply head to the eShop and grab the update download – after that, you’ll be good to go!

Thanks to NintenDav for the tip.