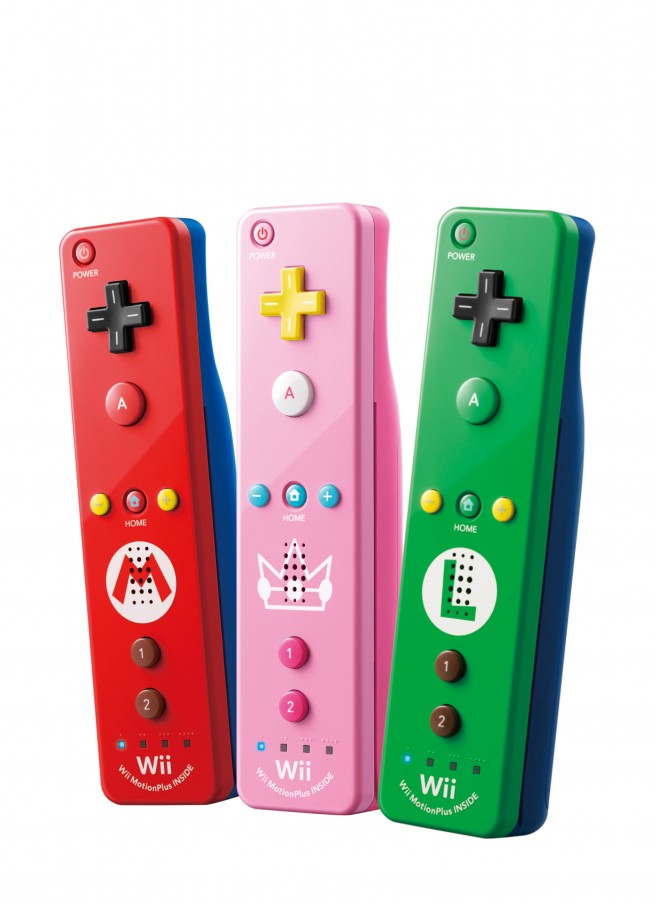 A few months ago, Nintendo released special Mario and Luigi Wii Remote Plus controllers. Peach is now joining in on the fun as well.

Starting in late April, consumers can purchase a special pink controller featuring a crown design over the speaker, blue buttons that echo Peach’s royal jewelry, and a golden-yellow plus pad that evokes her regal crown. Pricing is set at $39.99.

Note: You can order the new items released by Nintendo today below at the following links:

REDMOND, Wash., Nov. 1, 2013 – Nintendo has the best deals for the holiday season, and four of them kick off today. Nov. 1 marks the day consumers can find a lower price for Nintendo Land, a new Wii U hardware bundle, cool new accessories and a free trial for one of the most popular exercise franchises in video game history. These deals represent one of the many ways that Nintendo is bringing value and variety to consumers. If that’s not enough, an amazing new Wii U bundle featuring Skylanders Swap Force debuts on Nov. 15.

“Nintendo is making sure holiday shoppers have great deals and lots of choices,” said Scott Moffitt, Nintendo of America’s executive vice president of Sales & Marketing. “We have something for everyone on your shopping list, and we’re making it easy for you to beat the holiday rush and get started now.”

Values that start today include: