London, (29th August 2008 ) – SQUARE ENIX CO., LTD. (the “Company”) announced today that the Company submitted to the board of directors of TECMO, LTD. (Securities Code: 9650, 1st Section of the TSE, “TECMO”) a proposal for basic conditions of acquisition of shares of common stock issued by TECMO (the “TECMO Shares”) through a friendly take over bit (the “TOB”) (the “Proposal”) in order to obtain consent to the TOB by the board of directors of TECMO.

1. The reason to submit the Proposal

Video games have been globally recognized as a major entertainment genre, and have now become an industry receiving considerable attention in terms of its market size and growth potential. In the meantime, the game industry in Japan is standing at a critical juncture whether it continues to be a center of the video game industry in the world, or not.

END_OF_DOCUMENT_TOKEN_TO_BE_REPLACED

“(on Bionic Commando) If I’m still alive in the next three months, we can talk,” Judd says with a smile. “Again, that opens up a whole other can of worms, which is people instantly expecting it to be one-to-one swing controls, and I don’t know if we’d be able to get it to the pinpoint accuracy that a game with this level of design requires. So you’d have to make gigantic surfaces you can swing onto rather than really tight skill-based areas, and that would shift more toward casual. And Bionic Commando has never really be a game for casual players. It’s one of those ideas on paper that’s like, ‘Yes, the Wii controller will work with Bionic Commando,’ but when you actually try to design it out it’s like maybe, maybe not. I don’t know.”

“(on MotionPlus) I’ve only heard internally what people have said, and I don’t think everybody is sold on it 100 percent. Maybe it’s one of those where the programming has to get better for us to see more and more specific uses for it.” – Ben Judd, Capcom

I would love to see the newest Bionic Commando game on Wii. I would find it a bit funny if Nintendo lets Capcom release it on the Wii, but won’t let them have the original on the Virtual Console.

Compared with original full year forecasts issued on April 24, 2008, the company sees increases in sales by 11.1%, in operating income by 22.6%, and in net income by 26.2%. Financial revisions were the result of continued robust sales for both Wii and Nintendo DS, as well as changes in the expected foreign currency exchange rates based on recent trends in the foreign currency exchange markets.

In addition, the company announced a change in dividend policy (see attached). For the full fiscal year ending March 31, 2009, it issued a revised dividend estimate of ¥1,680 per share, an increase of 22% over the original estimate stated on April 24, 2008. 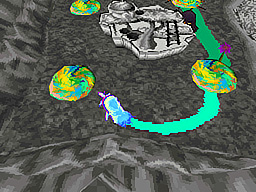 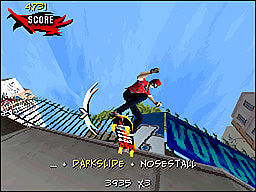 In Tony Hawk’s Motion players can twist, tilt and turn through numerous skateboarding sessions and for the first time in franchise history, the game brings snowboarding to its line-up adding to the more than 20 diverse mini-challenges available including new ones like Rail Hopper and Slalom and familiar ones like Hawk-Man and High Score.

Once players finish grinding through locales like Tokyo, Dubai, Vermont and the Alps, they can switch gears and dip into the action-oriented puzzler Hue Pixel Painter. Uncovering sources of paint below the ground’s surface, players take Hue through various landscapes bringing color back to a dreary environment and defending against the Drabs who have set out to leave the world gray and bland.

END_OF_DOCUMENT_TOKEN_TO_BE_REPLACED

Rumored Indiana Jones and the Staff of Kings details

– Not the “next-gen” Indiana Jones game
– Developed by A2M
– Story about staff of Moses
– No Nazi characters in the game, but there are LEGO-like nazis (basically, they’re not nazis)
– Twin-balloon zeppelin part of the game
– PS2, Wii versions were in development – not sure if they still are 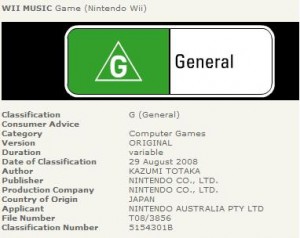 I’m assuming that Nintendo will release this sometime in the near future (meaning this year.) Why else would they rate the game so early? Nonetheless, Wii Music will definitely release in Australia – You can be sure of that!