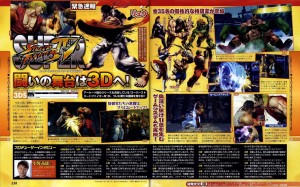 – Has a two player co-op mode
– 6 player online options
– Perks System
– Has achievements
– Arcade and Challenge Modes
– Some missions will have players pilot attack helicopters and stealth fighter jets
– Companion product to the console versions
– Story/missions provide a different perspective and fill in the story
– Same engine as the previous Call of Duty DS games, but has been optimized/revised
– New user interface
– New button control scheme
– When picking up a dropped weapon, tap the icon to swap out for the new weapon, or you can drag/drop the weapon onto an inactive button
– Button controls option: Play with ABXY buttons, control pad, shoulder buttons only (no stylus)
– Customization controls options
– Auto-lock feature for Recruit/Regular difficulties
– Precise camera controls
– Weapon selection/multiplayer map scale/variety has been improved
– More sniper rifle/shotguns usage
– Crosshairs tweaked
– Perks system like the consoles games
– Co-op is separate from the single-player campaign
– Game pays homage to the knife throwing mechanic in GoldenEye 007 DS

“The word most often used to describe the 3DS by those fortunate enough to experience it at E3 is ‘magical.’ We feel this is completely justified and that it’s a home run for Nintendo and for developers like n-Space that have been dedicated supporters for many years…As with any new system, the types and number of games are really going to depend on the reaction of the gaming public. The DS has a tremendous installed base and the backward compatibility of the 3DS will definitely make the DS format viable for years to come. Like in previous platform transitions (think PS2), I expect to see an ongoing market for DS games, with their budgets and retail prices decreasing as leading developers move quickly to the new platform. “

– Cave Story inspired by Super Metroid, La-Mulana inspired by Maze of Galious, Night Sky by Marble Madness
– Cave Story will be out in Europe soon, needs a PEGI rating
– European version of Cave Story will have some bug fixes
– La-Mulana about 95% complete, will most likely arrive sometime between September and October
– Night Sky will be released in December or early 2011
– Night Sky could have tilt controls
– Nicalis wants to work with Pixel on a DSi title
– Nicalis has interest in the 3DS, mentioned “racing games where you use the gyroscope to look around inside the car”
– Nicalis has contacted Nintendo about receiving a 3DS dev kit, still waiting for it

The “CrossPass” trademarks seem related to the 3DS’ Tag Mode, though nothing is confirmed as of yet.

“Well, a couple of things. First, even with all that we revealed, we describe only the surface of product that’s coming out over the next, call it, nine months. So there is a lot of content coming on our systems, which is great. In terms of our strategy for this show, because we’re in such a fortunate position of having so much great content, and 99% of which is coming very quickly, we were in a very enviable position to be able to share it all, which is great.”

END_OF_DOCUMENT_TOKEN_TO_BE_REPLACED

“We view the 3DS as a revolutionary device, and expect its launch to spur hardware and software sales. Due to the unique 3DS experience previewed by Nintendo at E3 this year, we believe Nintendo will be able to sell millions of units even at a price of upwards of $250. From a software perspective, we believe Nintendo will be able to increase DS software prices, from a blended average of around $25 today to over $29 next year.” – industry analyst Michael Pachter

Pachter also said that games themselves could see higher prices compared to what has been offered with the DS. This wouldn’t be too surprising – Satoru Iwata previously stated that development costs of some titles could approach Wii levels.

Aonuma excited about Ocarina of Time 3D, says 3DS is perfect for Zelda

“I am excited. With the Nintendo 3DS, all of the new elements and the 3D technology is perfect for The Legend Of Zelda series. It’s everything from the depth that you get from riding through vistas or a more accurate sense of distance between you and the enemy you are fighting. I think it is perfect for this series. Of course we are very excited to see what it can do. Of course I look at what the development environment is like and one of the things that I want to take up further going forward is how playing in 3D effects things. Does it make you tired? Do you want to create a game where players are sitting in front of their systems for a long period of time? Obviously there are things that can be 3D but we don’t have to shoehorn it in. If it’s beneficial, of course, we’ll want to use it. So what I would like to do is to take a look at what other people are doing out there, see what the reaction is, then go back and figure out exactly what I want out of 3D.” – Eiji Aonuma

Even though I’m looking forward to projects like Kid Icarus: Uprising and Metal Gear Solid 3DS, I think Ocarina of Time 3D is my most anticipated title for the 3DS. After all, the N64 game is one of my favorite titles of all time! I can’t wait to see what it looks like in 3D.

This information comes from Nintendo Power…

– Once again, he was put in charge of designing the next handheld
– Miyamoto wanted 20 versions of the original Nintendogs so that players would get a feeling of what it’s like to receive a dog from a pet store
– Konno wouldn’t say if DSiWare downloads can be transferred, but he did say that Nintendo will take care of their customers and respond to their feelings
– Luigi’s Mansion sequel could wind up on 3DS

First The Legend of Zelda: Ocarina of Time 3D footage