Posted on 3 years ago by Oni Dino(@Oni_Dino) in Interviews, Switch | 0 comments

THQ Nordic surprised fans right before the start of E3 by revealing Darksiders Genesis. This new game, developed by Battle Chasers: Nightwar developer Airship Syndicate, is completely different from what we’ve seen from the series before. The team has made a top-down action adventure that introduces the horseman Strife for the first time.

Earlier this year, we spoke with Airship Syndicate president Ryan Stefanelli as well as CEO / Darksiders co-creator Joe Madureira about Darksiders Genesis. We were able to learn more about how the game came to be, what fans can expect from the story and gameplay, and how the Switch version is shaping up. You can find our full discussion below.

END_OF_DOCUMENT_TOKEN_TO_BE_REPLACED

Darksiders Genesis launches on Switch early next year year. In an interview with Nintendo Everything, Airship Syndicate CEO Joe Madureira promised that the Switch version will be “100% the same” in terms of content.

END_OF_DOCUMENT_TOKEN_TO_BE_REPLACED

Posted on 3 years ago by Oni Dino(@Oni_Dino) in General Nintendo, News | 0 comments

While speaking with Nintendo Everything, Darksiders Genesis developers Joe Madureira and Ryan Stefanelli have brought up another possible idea for the franchise: a first-person shooter. In fact, Madureira said that a new title in that genre featuring Strife would be “a no-brainer.”

Thus far, three main Darksiders games have been released that feature different characters from the Four Horsemen of the Apocalypse: War, Death, and Fury. Only Strife hasn’t been given his own starring role, though he’ll be properly introduced for the first time in Darksiders Genesis.

END_OF_DOCUMENT_TOKEN_TO_BE_REPLACED

Posted on 5 years ago by Brian(@NE_Brian) in News, Switch | 4 Comments 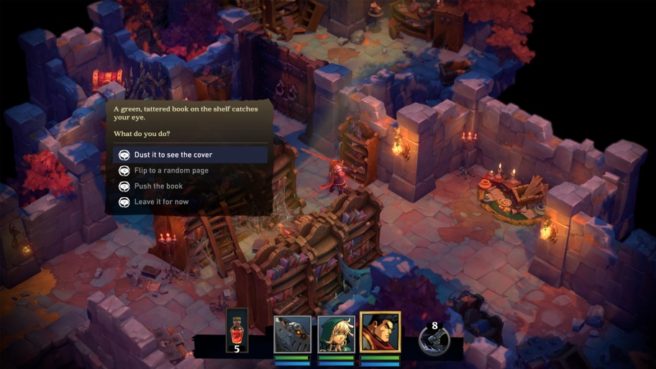 Nintendo UK recently spoke with Battle Chasers: Nightwar developer Joe Madureira for a chat about the upcoming Switch game. Madureira discussed the story and characters in-depth, touched on the gameplay, and explained why it’s a good fit on Switch. Read up on Madureira’s comments below.