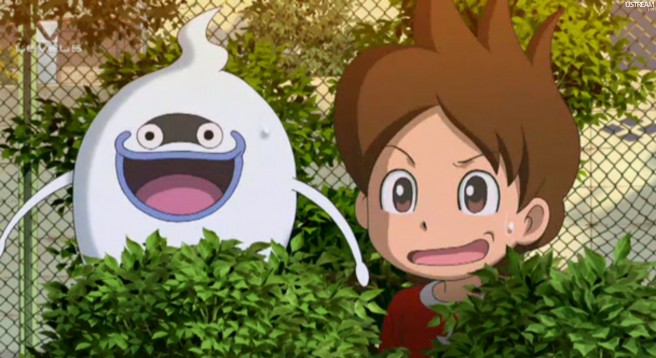 According to Level-5 president Akihiro Hino, Youkai Watch is seeing a western release next year. The company already has a toy company in place to support the series. Hino also believes that the success of Youkai Watch is guaranteed.

“In regards too foreign markets, we have been taking a look at it in regards to Yokai Watch. We think it has a big appeal as a very Japanese-ish fantasy story. We already have support from a foreign toy maker company saying that it will be a definite success.”

Level-5 on the creation of Youkai Watch, anime, international expansion “in consideration in a big way”

In the latest issue of Famitsu, Level-5 CEO Akihiro Hino commented on a wide array of topics pertaining to the Youkai Watch franchise. This includes the creation of the actual IP, the anime, Youkai Watch 2, and more.

Head past the break for Hino’s comments.

“We’ve created a lot of different IPs, and I figured it was about time that we made something like Doraemon, that could be loved by many people over a long period of time. That was the start of it. I researched what would give something appeal and longevity, and pondered what would be relatable to people and developed the open world RPG that children could play, Yokai Watch. I think title’s popularity is the fruits of trial and error.”

“Anime is content that is offered for free, and I strongly promote its use. The [Yokai Watch] anime focuses on problems that modern children face and is made so that the audience can laugh off such problems and be entertained as well.”

“Keita isn’t a child who always does the right thing, but has his own flaws as well, like trying to watch naughty TV shows late at night or making fun of people. Keita’s actions are depicting what is ‘normal’ for modern children. He’s not a good boy, but someone who says what he thinks. I believe that character setting made him very relatable to people.”

“I’m working on bringing out a third yokai that is different from those 2. It’s like with a variety show – you don’t continue with the same members all the time, but switch them out every now and then to change the atmosphere. That’s what makes a show last longer. I believe that Yokai Watch needs such a device.”

“When planning the first Yokai Watch, I already thought to release the sequel as 2 different versions. Children like having things that other people don’t have, so from a marketing perspective, having 2 versions is a good idea. Also, a lot of people play Yokai Watch with their parents. Where people would have some hesitation about getting 2 copies of the same game, if you have different versions, it’s a lot easier for them to buy both.”

“The key for a long-lasting hit piece of entertainment is whether the business side like merchandise, games, and movies is successful. That’s why you develop commercial goods necessary for cutting edge entertainment and include the latest features in your games.”

On another important note, international expansion for Youkai Watch is “in consideration in a big way.”

Youkai Watch has sold over 1 million copies in Japan

Youkai Watch sales have topped one million, according to a report on Famitsu. The game has now sold 1,001,890 copies since launch. 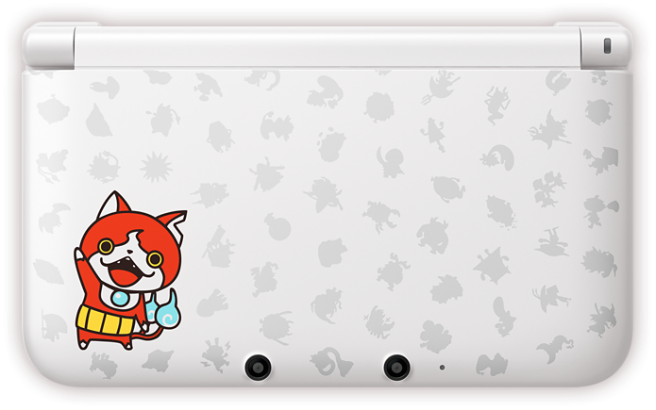 A special Youkai Watch 3DS XL system will be made available in Japan, Nintendo and Level-5 announced today. The system will launch on July 10th. Pricing is set at 18,000 yen. 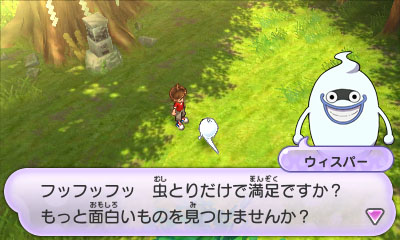 Youkai Watch has been an unexpected success for Level-5. It started off slowly on the Japanese sales charts, but quickly picked up when the game’s anime debuted in January.

Level-5 president and CEO Akihiro Hino spoke with Famitsu about Youkai’s Watch surprising success in a recent interview. You can find his comments below, as translated by Siliconera.

“For something that was originally a cross-media project, I thought it would be something equal to Inazuma Eleven, but since beginning of the year, its popularity has gone much higher than I had expected.”

“The anime started in January, which was followed by the toys, and that’s when we got all the cross-media content together. From there, the Yo-kai Watch craze practically exploded, which was even surprising for us.”

END_OF_DOCUMENT_TOKEN_TO_BE_REPLACED

Dentsu Entertainment USA, Inc. plans to bring the Yo-Kai Watch (guess we’ll be using that title from here on out… maybe) anime to the Americas. No word yet on when it will be debuting, but the company is said to be “seeking both broadcast and merchandising partners in these geographic markets.” Hopefully Level-5 will, in turn, bring over its Yo-Kai Watch games.

Check out the official announcement for the Yo-Kai Watch anime below.

END_OF_DOCUMENT_TOKEN_TO_BE_REPLACED

On its official English website, Level-5 posted a press release about shipping over one million copies of Youkai Watch in Japan. It comes with a disappointing – yet unsurprising – disclaimer pertaining to a potential western release.

Level-5 notes that, at this time, there are no plans to make the game available outside of Japan. The game “will be announced separately if considered for a Western release,” the company added.

There are no plans for release outside of Japan at this time and will be announced separately if considered for a Western release. All titles and project names are tentative English names.

Youkai Watch has been an unbelievable success for Level-5. The game has continued to sell week after week, and has now shipped over one million copies in Japan.

One could say that Youkai Watch got off to a slow start. However, once the game’s anime debuted in Japan, sales saw a major boost. Youkai Watch’s shipments came in at 500,000 units in mid-February, but have doubled since.

Shipments for Youkai Watch have surpassed 500,000 units in Japan, Level-5 confirmed today. As of February 16, sales come in at about 424,000 units based on Media Create data. The 3DS game has been seeing a bit of a resurgence on the sales charts as of late and it shouldn’t be too longer before actual sales (not shipments) officially hit the 500,000 mark.