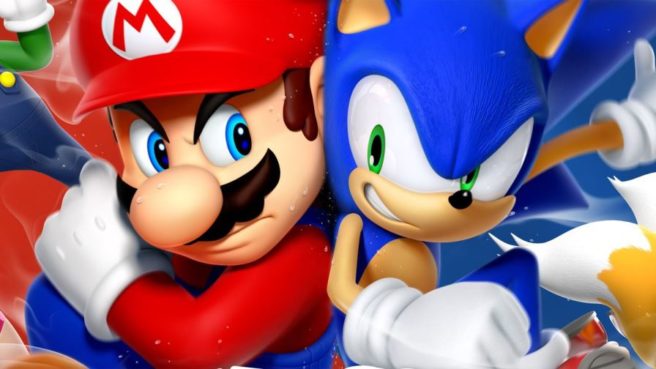 “It’s very sad that Sega’s hardware business was canceled, but this allowed Sonic to run over a variety of different platforms. This made it so more people were able to play and enjoy Sonic games than ever.”

– After hearing about Sonic going multiplatform, Iizuka immediately petitioned SEGA of America marketing to get Sonic on Nintendo hardware

“From my perspective, yeah, the companies may have been at war from a promotional standpoint – there was a lot of rivalry being created. As hardware manufacturers, you’re always out there competing against everyone else in the marketplace, but for me, I was just out there to make the greatest games possible, and bring them to as many people as possible.”

– After Sonic ended up on Nintendo platforms, SEGA and Nintendo started to be open to the idea of having those characters in the same game
– Naka was the first one to mention it to SEGA
– After Naka left SEGA, conversations with Nintendo continued

“I always thought it would be great to have Sonic and Mario in the same game, but if you put them in an action game, the feeling of speed is very different, so it wouldn’t have worked.”

“I started this conversation with Nintendo, and then later when Sega picked up the license for the Olympic Games video games, we had that foundation with Nintendo to say ‘We want to bring Sonic and Mario together and have them appear in the same world and have them compete against each other, and we’re going to use the premise of it being the Olympic Games and these characters are participating in the Olympic Games together to make that happen.’ It was the first great conversation about getting these characters together to compete and have fun together.” – Iizuka

“That relationship greatly benefited both Nintendo and ourselves, but now we’re coming up to the end of that exclusivity and we’re excited about being on all platforms. They’ve been great partners of ours and there’s a great respect between both companies.”