Cammie Dunaway: We’re disappointed with our performance at E3 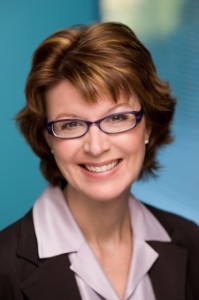 “I would say the message is we were disappointed with our performance at E3. There were titles like Wario which we think will be really fun titles that we should have show cased. We were excited that Mr. Miyamoto made the commitment that Pikmin is coming. It would have been nice if we could have said that on stage. But, we think it was a good recognition for us that we care for our core fans, and not just the new people who are now discovering Nintendo.” – Cammie Dunaway

As great as it is of Nintendo to recognize their faults, this probably isn’t going to change anything for the people who are already upset with Nintendo. However, perhaps this is a sign that Nintendo will change their ways next year. E3 may not be a place for the hardcore anymore, although it is possible that at next year’s E3, there might be slightly more focus on the hardcore. Also, don’t forget about the mini-events Nintendo hosts following their E3 showing.

The Conduit to be featured at PAX 2008

Nintendo® hosts The Conduit at this year’s Penny Arcade Expo

Hoffman Estates, IL- August 18, 2008 – High Voltage Software (HVS) has announced that The Conduit, a fast paced action-shooter game currently in development for the Wii™ console, will be featured by Nintendo® at this year’s PAX convention. The Conduit is a First Person Shooter (FPS) where players battle fierce alien invaders in a highly detailed 3D world using a dynamic control scheme only possible on the Wii™.

Eric Nofsinger, Chief Creative Officer at HVS, had this to say about the news, “PAX is jam-packed wall-to-wall with passionate game fans. We are incredibly honored to be featured there at Nintendo’s booth. It’s a fantastic opportunity for us to receive input and feedback directly from other gamers.”

END_OF_DOCUMENT_TOKEN_TO_BE_REPLACED

Sega and Headstrong Games unveil House of the Dead: Overkill for Wii

Update: The press release is now available and the game is coming in 2009.

THEY’VE COME FOR BRAINS, YOU’LL GIVE THEM BULLETS

The House of the Dead: OVERKILL Brings Pulp Horror Action to Wii

The House of the Dead: OVERKILL uncovers the ugly, terrifying, red hot secrets behind the House of the Dead; the daddy of all over-the-top shooters. While staying true to the classic gameplay this hugely successful SEGA series is getting a new retro look, with distinctive graphics, sound and attitude that will add to its horror cool status. Plus, thanks to the Wii Remote™, players will fight off zombies when they get too close; pistol-whipping jaws off and smashing in skulls with their shotgun butt.

END_OF_DOCUMENT_TOKEN_TO_BE_REPLACED

Site updates coming around the bend

Good evening, readers. Wanted to provide a quick update about my upcoming plans with the site. There haven’t been 3D images in awhile, so I plan on putting another batch out soon. I’m not going to give away the game the pictures focus on, but let’s just say that the game involves Japanese mythology (I hope I didn’t just give it away right there!) I also plan on writing up an article/rambling thoughts post about the same game…I’ve completely fell in love with it. The vs. feature has been dead for a good while too, although I’m hoping to bring it back. If anyone has some ideas for the characters they want to see featured, send me an email through the contact form.

That’s all for now, but as always, if anyone has comments/questions/concerns, I’m always available for contact.

Mario Super Sluggers
– The more you play it, the more you enjoy it – Bozon
– A lot of waggle
– With nunchuck you can aim, becomes a little more fun
– Arcade baseball, fun


– IGN exclusives planned throughout the week

NPD Data
– Nintendo still on top
– Crazy numbers since July wasn’t a huge month for Nintendo
– Bozon says that third-party games ARE selling on Wii, he had the numbers right in front of him
– Upward trend with sequels (Madden, Guitar Hero)
– Matt says there are a lot of misconceptions about sales numbers on Wii
– Tiger Woods selling best on Wii

– Some talk about Metroid Prime 3, Matt praises its graphics highly – Says art the best on Wii. Galaxy has better tech.
– Bozon thinks he likes Metroid out of the big 3, Matt still sticks by Mario Galaxy – loves music, looks good on the new screen in the IGN demo room

END_OF_DOCUMENT_TOKEN_TO_BE_REPLACED

Activision Blizzard knows nothing of Web of Shadows on Wii 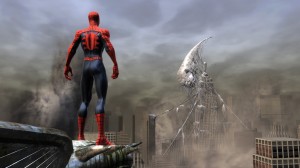 Remember the early, promising footage of Spider-Man: Web of Shadows that actually looked like a decent Spider-Man game? Well, that’s all gone down under – for Wii owners, at least. MTV’s Stephen Totilo attempted to discover some information about the game on Nintendo’s console, but to no avail. In fact, it seems Activision Blizzard has no idea as to what’s going on with the game for the Wii, PS2, and PSP versions. From what it seems, Activision Blizzard is leaving those games up to the respective developers and aren’t really in-the-know when it comes to Web of Shadows, which is very strange.

I still have some faith in Web of Shadows on Wii. After Spider-Man 3, things can’t get much worse, can they?

Man, both Mushroom Men titles (for Wii and DS) are both looking like great products. If only other third-party developers put this much effort into their games!