A few old and a few new in this batch. Old images are now watermark free. 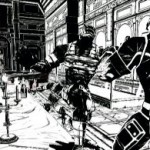 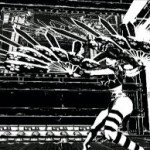 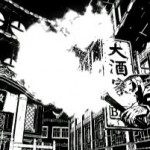 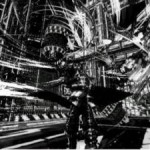 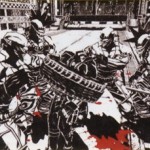 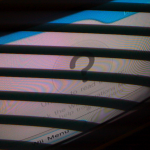 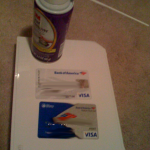 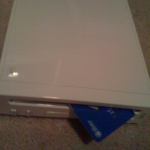 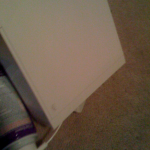 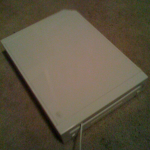 A few days ago, a story about a woman who jammed three credit cards in her Wii were made public. Some people – though not everyone – doubted that anyone would be that silly to actually break their system in such a way. Well folks, now there are pictures. We admit, they’re not entirely conclusive. However, this is the best evidence you’ll be able to see. And I still don’t think anyone would ever lie about a situation like this…There’s just no reason to.

Posted on 11 years ago by Brian(@NE_Brian) in GameCube, News, Wii | 2 Comments

According to 2008 data from the Nielsen Company, the Xbox 360, PS3, and Wii are not the most used console in terms of usage minutes. Sony’s PS2 actually leads the way and commands 31.7% of total minutes spent. Strangely, only about 38% sessions are spent on next-gen systems.

Two other relatively old systems – the Xbox and PS3 – are hanging in as well. The GameCube stands at the end of the pack with 4.6% of usage minutes, but the original Xbox stands at 9.7% which is a bit more than the PS3.

Some of this data might be related to the number of consoles sold. The PS2 commands the majority yet isn’t really considered a next-gen system. One possible case could relate to the install base behind the console. The same goes for Wii – There’s a good chance that most casual gamers own the Wii, so they’re probably not going to sink their teeth into a huge adventure like Zelda or Super Mario Galaxy. Of course, none of these assumptions/guesses have been proven to be correct.

Most wanted games in Japan (Famitsu)

List of differences between Pokemon Platinum and Pokemon Diamond/Pearl

* Lucas, Dawn, and Pearl have different outfits designed for colder weather, as the entire Sinnoh region has dropped in temperature.
* The template for the level, HP, and name of Pokémon in battle is a dark gray instead of white and its shape has changed.
* The Pokétch has been redesigned. Players can now move up and down between apps instead of having to go through all of them to return to a previous one.
* Some of the moves have been redesigned and have a different animation, such as Razor Leaf.
* When Pokémon are sent out from their Poké Balls, their back sprites now animate much like their front sprites have since Emerald Version. Front sprites for Generation IV Pokémon and other Pokémon in the Sinnoh Dex have also changed.
* When battling certain Trainers such as Gym Leaders and Pearl, their sprites are now animated to move in the same manner as Pokémon.
* Some trainers now use seals when sending out some of their Pokémon.
* The Eterna, Hearthome, and Veilstone Gyms have all had complete redesigns in the interior.
* Gym Leader closeups, just before a Gym battle, have been changed from enlarged sprites to higher-quality drawings and the terms VS. The Elite Four now also has this but it includes the player on the left side of the VS. and the Elite Four member on the right of the VS.
* The rooms where the player battle the Elite Four have been redesigned. Aaron now has logs and foliage in his room. Bertha now has rocks in her room. Flint now contains lava pits in his room. Lucian’s room has only had minor changes to now include four large lights or glowing orbs on the floor. Cynthia’s room has changed its color scheme and the lift leading up to the Hall of Fame is now partially contained. The Pokémon Center at the Elite Four has also been redesigned.
* When entering new areas, the location ‘labels’ on the top-left corner have been redesigned, much like they were between Pokémon Ruby and Sapphire and Pokémon Emerald.
* All gyms now only have Pokémon of their type specialty.