END_OF_DOCUMENT_TOKEN_TO_BE_REPLACED

Nintendo not the publisher of The Conduit

When Cammie Dunaway took the helm of the conference today in North America, while introducing The Conduit, Dunaway noted that the game is an “exclusive first-party shooter coming to Wii.” Because of this statement, some were quick to assume that Nintendo would be publishing the title. However, this is not the case. In actuality, Dunaway meant to say that The Conduit is an “exclusive first-person shooter” for Wii.

WHAT: TAITO Corporation (TAITO™), a wholly-owned subsidiary of Square Enix Holdings Co., Ltd., has updated the date of its upcoming game EXIT™ DS from October 7 to November 4, 2008.


The stylish and inventive action puzzle game comes to Nintendo DS! As professional escape artist Mr.Esc, players must maneuver through burning buildings and sinking ships as they dodge disaster and save survivors along the way. EXIT DS makes a smooth return to the portable scene with all-new Touch-Screen functionality and over 100 stages to solve.

Melee combat in Mushroom Men is the bread and butter of the combat system. The most basic form of melee combat is the three-hit-combo. Players who connect with all three hits of their combos will deal more and more damage to the enemy. Each hit of the combo becomes more powerful than the one before (50%, 75%, 100%). After the three hits of the combo are over, the player has a chance to do something different, like jump-attacks, blocks, rolls or spore powers. This mix of vastly different physical combat actions allows players to use their own unique styles throughout the game and be strategic in how they go about it.

In Mushroom Men, you can also turn any enemy attack into a roll to help prevent injury (similar to the way a game like Soul Calibur allows you to perform “ukemi” by landing on your feet after being knocked down if you press block at the right moment). A lot of work went into the timing aspects of the animations as mapped to user input. If players attack during an attack animation before the next combo is possible, it will buffer that input and remember that the player intended to chain the attack. If they delay their attack input until after the previous attack is over, then there is a window of opportunity upon which their attack input results in an instant transition to the next attack animation. This ability to delay attack chains allows players to control the rhythm of the combo however they please.

The core aim of the combat system is to avoid making players feel like they are fighting the controller. After all is said and done, Mushroom Men is in no way intended to be a hardcore fighting game; it simply incorporates some elements of fighting games in order to lend freedom to the player in plausible situations.

REDMOND, Wash.–(BUSINESS WIRE)– Nintendo today disclosed a number of surprises, including new games, the ability to use the Wii™ console to chat with friends near and far, and the expansion of the popular Club Nintendo rewards program to North America.

Continuing its commitment to supply new game experiences for every level of player, Nintendo revealed a wide range of games for the 2008 holiday season and beyond. A number of games are slated for 2009, including a new Punch-Out!! ™ and Sin & Punishment 2 for Wii, and Fire Emblem™: Shadow Dragon and Mario & Luigi™ RPG 3 for Nintendo DS™. Consumers also can expect a new “Personal Trainer” series of titles designed to help users enrich their lives and learn new skills in fun and interesting ways.

Nintendo also announced that North American supplies of the Wii video game console between October and December will see a significant increase from 2007’s levels, and that Nintendo DS will also be available in greater abundance than ever before.

END_OF_DOCUMENT_TOKEN_TO_BE_REPLACED

Posted on 11 years ago by Brian(@NE_Brian) in General Nintendo, News | 1 Comment

Japan and Europe have had a Club Nintendo program for quite some time now, but what about North America? It was announced at Nintendo’s NA press conference today that North America will be receiving Club Nintendo as well. Points can be gathered and then traded in for an assortment of Nintendo items. 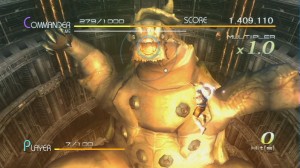 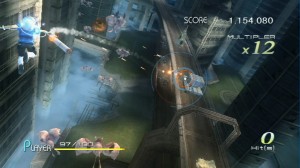 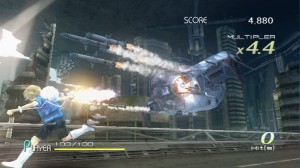