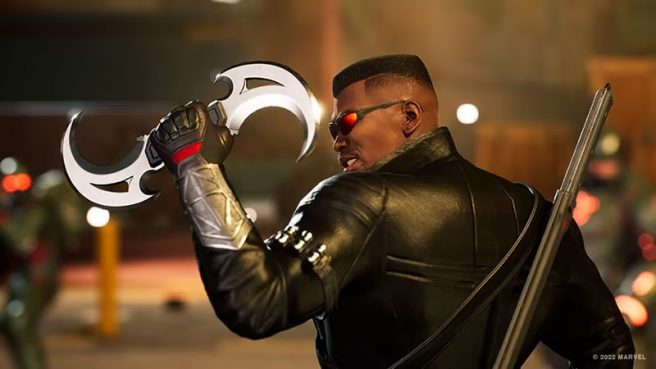 The latest character trailer for Marvel’s Midnight Suns has arrived, and this time around, we have a look at Blade. Fans will know him as someone who’s half-vampire and half-human.

Here’s some additional information about the character:

Called “Daywalker,” Blade is a dhampir: a half-human, half-vampire hybrid with the strength, stamina, and senses of a vampire and the sunlight tolerance of a human. A creature of the underground, Blade patrols the city’s rain-slicked alleys, abandoned warehouses, and secret nightclubs in the name of one obsessive mission: eradicate the undead from the world of the living.

This single-minded determination was born of tragedy: Blade’s human mother was murdered by a vampire’s bite during his birth. This heartbreak gave Blade the innate gifts that have allowed him to become a living weapon. Blade has used his enhanced abilities to master nearly every martial art and weapon form known to humankind, though he often favors the smooth speed of the katana.

Have a look at the Marvel’s Midnight Suns trailer for Blade below.