Posted on 4 years ago by Brian(@NE_Brian) in Switch eShop, Videos | 5 Comments

The first developer diary is now online for Rime. For the new video, developers from Tequila Works team talk about the origins and influences that shaped the game. Have a look below.

Posted on 4 years ago by Brian(@NE_Brian) in News, Switch | 61 Comments

Grey Box, Rime’s publisher, already said that “prices for our products based on the costs of development and publishing for each specific platform”. Adding to this, the company now tells Kotaku that “cost of manufacturing is also a factor”.

The news obviously hasn’t been going over well. We’ll just have to hope that this isn’t a trend that continues on Switch.

Posted on 4 years ago by Brian(@NE_Brian) in News, Switch | 56 Comments

Rime is due out later on Switch than other platforms, and when it does, it’ll be $10 more. Grey Box has since commented on the price increase with Eurogamer.

“We set prices for our products based on the costs of development and publishing for each specific platform,” the publisher said.

Rime on Switch will be the same as other versions, “though with the added freedom to take the adventure anywhere using the Switch’s portable functionality”. Tequila Works and Switch-specific developer Tantalus are “investigating the use of Switch-specific features, but we cannot confirm anything at the moment”.

Posted on 4 years ago by Brian(@NE_Brian) in News, Switch | 29 Comments 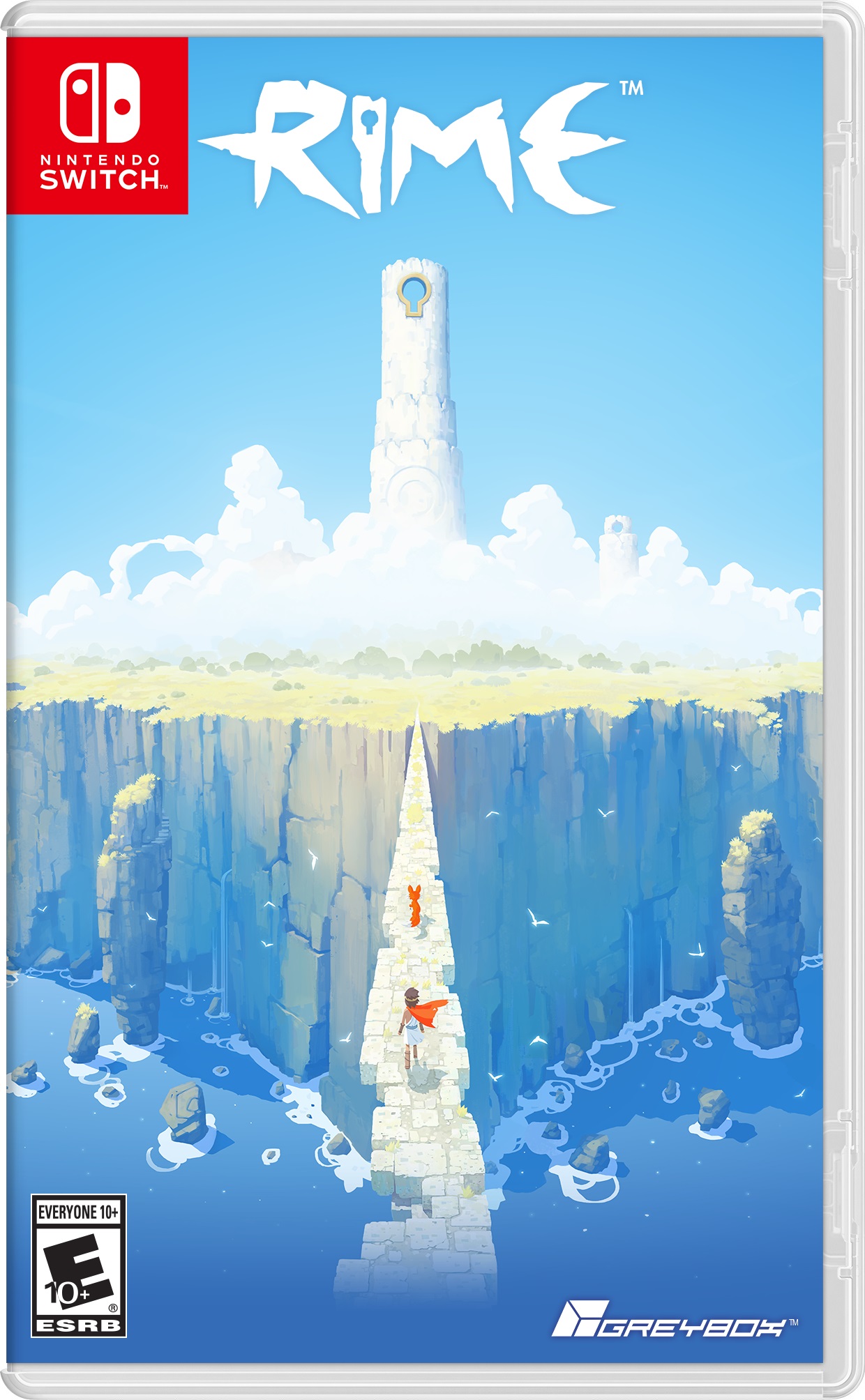 Rime will clock in at 8-10 hours on average, no plans for DLC currently

Posted on 4 years ago by Zack in News, Switch eShop | 14 Comments

Rime developers Tequila Works recently spoke about their game with Wccftech.com. We’ve picked out some of the more relevant pieces of new information and collected them below.

On the length and replayability of the game:

(Kevin Sardà – Lead Designer) The duration of the game will largely depend on each player’s play style and how he or she would like to immerse into the exploration of the island and unlocking all the secrets it keeps. If if you really want to take your time and collect all the secrets, you might well end up in the 8-10 hours range , but it could take a couple hours fewer or a couple hours more. As for replayability, the story of RiME has a very well defined ending, which everybody will experience when they finish the game, but there is a good chance players might miss several secrets and collectibles in their first playthrough, and those items are not there as mere cosmetic additions or to artificially increase the time you spend in the game, but they offer deeper understanding about the story. We expect a good deal of players will revisit the island in order to get the whole picture!

END_OF_DOCUMENT_TOKEN_TO_BE_REPLACED

Posted on 4 years ago by Brian(@NE_Brian) in Switch eShop, Videos | 3 Comments

Thanks to Game Informer, we have another look at Rime with a few more minutes of footage. Find their video attached below.

Posted on 4 years ago by Brian(@NE_Brian) in News, Switch eShop | 29 Comments

The Switch version of Rime isn’t being handled by Tequila Works directly. While the original team is involved in how it progresses, Tantalus is behind the actual development. Tantalus is also working on Sonic Mania for Switch.

Tequila Works also mentioned that “There is still a lot of development to take into consideration, but we’re working hard to get the Nintendo Switch version ready for release at the same time as the PlayStation 4, Xbox One and Windows PC versions in May.” A physical release could happen, as the studio is “working with Grey Box to check on the production pricing for cartridge Switch releases. We’ll ideally have additional information before long.”

Rime dev believed the game wouldn’t be released at one point, explains how it changed

Posted on 4 years ago by Brian(@NE_Brian) in News, Switch eShop | 3 Comments

Rime is finally launching in May. It’s been a long and stressful development period for Tequila Works, having originally announced its project in 2013.

Tequila Works creative director Raul Rubio admitted to IGN that Rime’s development was actually in jeopardy at one point. As he explained:

“Yes, there were a lot of moments where we thought that the game wasn’t going to be released. In fact I was completely sure of that once. Fortunately that didn’t happened.”

“That [possibility] was always for technical reasons. Not for financial or something business related.”

“When we announced that we were acquiring back Rime’s IP there were cancellation rumors. The truth is that in that precise moment we were moving to a bigger office, that’s pretty far from being closing a Company, isn’t it?”

END_OF_DOCUMENT_TOKEN_TO_BE_REPLACED

IGN has posted another gameplay of Rime, this time featuring commentary from Tequila Works CEO Raúl Rubio. View the video below as he sheds light on the game’s hidden secrets.

Posted on 4 years ago by Brian(@NE_Brian) in Switch, Videos | 4 Comments

In a new video published by IGN, we’re able to get a look at the first 27 minutes from Rime. Watch gameplay from the Switch title below.