Doom Eternal dev gives update on Switch version – game is “very close”, will talk about it “in the not too distant future”

Although it launched about half a year ago, Switch fans are still waiting for the release of Doom Eternal. We still don’t have any sort of idea as to when it’s launching on the console, but the good news is that things are coming along.

During a session for PAX Online x EGX Digital, Doom Eternal executive producer Marty Stratton provided a status update. The Switch version is said to be “very close,” and Stratton noted how “we’re trying to be very uncompromising with what it needs to be because there’s a high demand for it.” He added that it’ll be shown “in the not too distant future.”

END_OF_DOCUMENT_TOKEN_TO_BE_REPLACED

Doom Eternal Switch release date coming “pretty soon”, will be “every bit as good as Doom 2016 was”

Following a panel at Gamelab Live 2020, Gamereactor spoke with Doom Eternal developers Marty Stratton and Hugo Martin. Executive producer Marty Stratton was able to provide an update on how the Switch version is coming along, stating that the release date will be shared “pretty soon” and it’ll be “every bit as good as Doom 2016 was”.

END_OF_DOCUMENT_TOKEN_TO_BE_REPLACED

Doom Eternal won’t be launching on Switch this month alongside other platforms, but it sounds like the wait will be worth it. Marty Stratton, who has been heading up the game, told USgamer that he’s “stunned” by the game on Nintendo’s console. He also think it’ll surprise people given what Panic Button has managed to pull off on Switch.

Extra care is being put in to ensure that Doom Eternal isn’t compromised on Switch. That also extends to ensuring that the game looks and feels great whether you’re playing docked or in portable mode.

END_OF_DOCUMENT_TOKEN_TO_BE_REPLACED

Doom Eternal dev on the Switch delay, coming “a bit later” than other platforms

When Doom Eternal was announced, the original goal was to have the Switch version out alongside all other versions. Unfortunately, that will no longer be happening.

A delay for Doom Eternal was announced last year. Whereas it was originally slated for November, the initial release will now take place in March instead. However, we still don’t actually have an exact date for the Switch version.

In a recent interview, id Software’s Marty Stratton commented on the Switch delay. Stratton also said that it’ll be launching “a bit later” on Nintendo’s console, though did not provide a more specific window.

END_OF_DOCUMENT_TOKEN_TO_BE_REPLACED

One of the new features we found out about for Doom Eternal this past week is Battlemode. In this multiplayer mode, a fully-armed Doom Slayer goes up against against two player-controlled demons in first-person combat.

As far as multiplayer goes, that’ll be just about it for Doom Eternal. Executive producer Marty Stratton told IGN at E3 this week that there will not be any other traditional multiplayer mode in the game.

END_OF_DOCUMENT_TOKEN_TO_BE_REPLACED 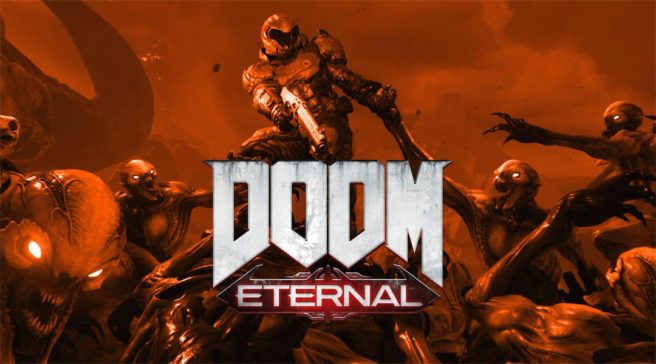 Speaking with Eurogamer, id Software’s Marty Stratton has shared more information about the plans for Doom Eternal on Switch. Stratton indicated that the Switch version will launch alongside other platforms, officially confirmed that Panic Button is working on the port, and the team is targeting 30 frames per second.

Below are the relevant excerpts from the interview: