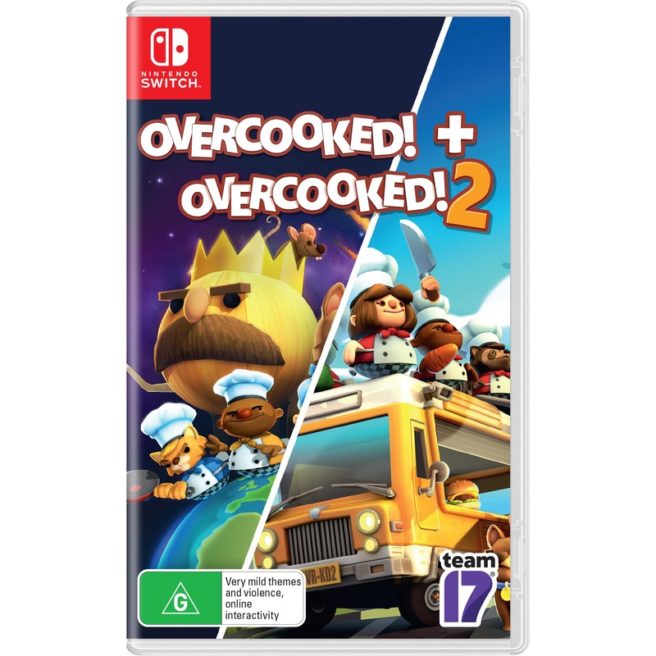 Overcooked and Overcooked 2 appear to be getting a new physical bundle on Switch. Retailers in France and Australia suggest that the two games will be sold in a single package starting November 26.

Team17 and Ghost Town Games have thus far have not officially announced the bundle. Additionally, it’s unclear if it will be made available in North America, though importing is always an option.

Posted on 5 years ago by Zack in General Nintendo, News, Switch eShop | 0 comments

Nintendo has announced today that they will be bringing 8 playable Switch indie titles to EGX Rezzed 2017 in London, which begins on March 30 and ends April 1.

The titles that Nintendo will be bringing to EGX Rezzed were published on the website for the event, and are as follows:
END_OF_DOCUMENT_TOKEN_TO_BE_REPLACED