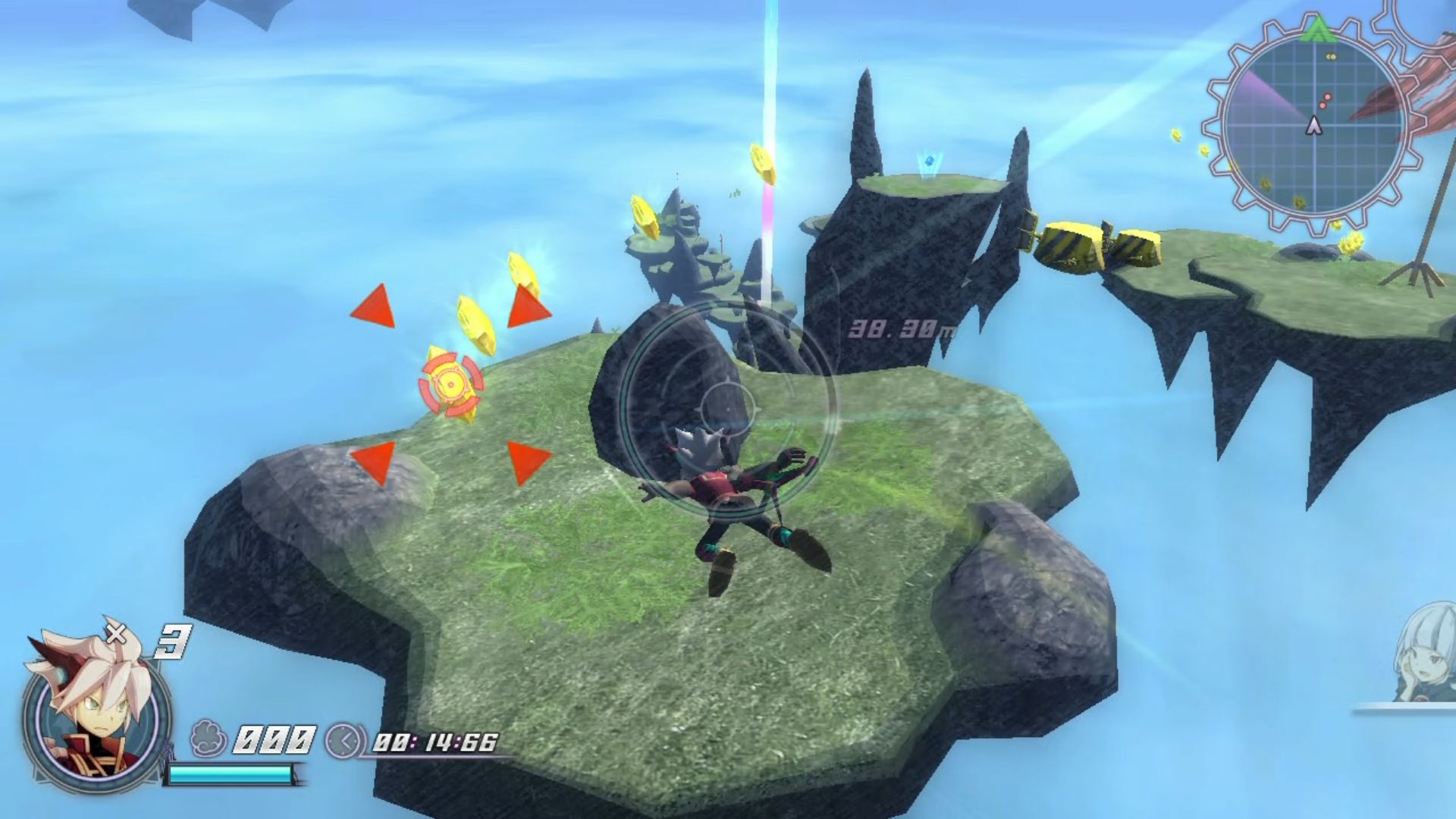 Let’s go over the Wii U version first. We’ve covered Rodea: The Sky Soldier a ton of times, so you probably know about the gist of the game at this point.

Players press the “A” button to jump midair. Pressing the button while in midair lets you hover. While hovering, you can use left stick to move the cursor and fly towards that point by pressing “A”. You can use the right stick to move the camera and get a better understanding of your surroundings.

Flying in Rodea requires Gravity Energy. There is a ring shaped meter around the cursor for Gravity Energy. Gravity Energy decreases steadily during a flight, but it can be replenished by landing or by kicking footholds in the air or walls. Two more ways to replenish Gravity Energy are by acquiring an item called Graviton or by destroying blue minerals. By collecting 100 Gravitons, Rodea earns an extra life.

When Gravity Energy is used up, it’s still possible to fly for a short time using reserve energy from Gravitons and the like. If there is no ground below you when you fall, Rodea loses a life. Rodea will also lose a life if his Armor Energy reaches zero by taking damage from enemies or touching hazards.

Two more quick notes about flying. If you fly towards a row of Graviton, you’ll take them all automatically and this boosts your speed. You can clear a stage without landing if you plan your route strategically.

4Gamer next tackles the topic of the Boost Attack, which can be performed by pressing “B” in midair. It is advised to actively slay enemies as that gives machine parts to make Rodea stronger. The Boost Attack boosts flying speed which allows players to fly against winds, though more Gravity Energy is used during Boost Attack than in normal flight.

While traveling to your goal, you can collect secret items along the way. An example of this is Legacy Medals which unlock various fun things. You can replay cleared stages whenever you want so you can search for all the medals or collect machine parts to strengthen Rodea.

Continue on for Rodea: The Sky Soldier on 3DS…