“It’s always difficult when people bring up Metroid Dread. The only thing people have heard about the game are rumors. We never had an official announcement at E3 or anything like that. I think there was at one point where a little bit of information leaked, but now we don’t know how to really talk about the project. All I can really say is that I wish I could put an end to the rumors! Oh, I’m not denying the existence of any documents that got out. What we’re doing right now, we’re waiting and watching and reading the comments to see what people are interested in before we make any comment on the project. So please be patient a little while longer.” – Metroid producer Yoshio Sakamoto

Sakamoto has already said that the possibility of a 2D Metroid for DS had been discussed in the past. But it’s strange that Sakamoto is so coy when Metroid Dread is mentioned by the press. There’s still a lot of mystery behind Dread, even though it was announced years ago. It’d be really neat if the title was eventually released for the DS.

Reggie says Nintendo doesn’t worry about competitors, hopes Zelda Wii will make it out this year, wants to wow people at E3, more

Reggie’s back, this time through a new interview with IGN. This one’s a bit juicer than the quotes we posted a little while ago. Fils-Aime discusses the PlayStation Move, Zelda Wii, talked a bit about E3, and much more…

IGN: So — you got anything that can compete against Sony’s revolutionary Move controller and sub-controller?

[Reggie leans back in his chair and laughs for several moments.]

Reggie Fils-Aime: So, if imitation is the most sincere form of flattery then I am blushing I’m so flattered.

You know, I didn’t see the announcement. I did spend some time at the booth and saw some of what they were demonstrating and I think the question isn’t how will we react — I think the question is, so what is it that’s going to be compelling to the consumer in what they’re doing? From our standpoint, motion control is core to what we do. We believe that we’ve brought a range of different experiences that utilize the motion controller and we pride ourselves on being innovators in the space and we’re going to continue to innovate. I think the key question is, how will they respond when we continue to innovate if this is their best effort?

END_OF_DOCUMENT_TOKEN_TO_BE_REPLACED

Reggie: Wii sticking around for awhile, motion control race from competitors is embarrassing

“For us high definition by itself is not the next frontier. For us we need to provide a whole new compelling experience in our next generation. When Mr. Miyamoto goes to Mr. Iwata and says. ‘I have this great idea and I can’t do it on the Wii,’ that’s when there will be a next generation console. What that includes we’ll see. I think Mr. Miyamoto himself has said that he is very interested in a high-definition experience, but to be 120 percent crystal clear, HD by itself in our view is not enough to go for a new console past the Wii. [Nintendo’s next console will have to be something] consistent with what we brought to market with Wii and with DS. It will be mainstream. It will be encouraging more and more consumers to get into this category that we love. It will provide new, unique, compelling experiences that are meaningful to that large potential consumer base. Those are the principles that drive us.”

“I think a hallmark of Nintendo is that we are constantly trying to innovate. I think we would have been embarrassed to do what our competitors are currently doing. So, all I can tell you is that we will innovate. We will provide something new. Something that the consumer and the industry will look at and say ‘Wow, I didn’t see that coming.'” – Reggie Fils-Aime, president and chief operating officer of Nintendo of America

“We just celebrated our fourth holiday. During that December we sold over 3.8 million units just in the United States. We sold so well in the holiday that we are now in a position of once again chasing consumer demand. What I can tell you is that that seems to suggest that the Wii still has a very long, very vibrant life in front of it.” – Reggie Fils-Aime, president and chief operating officer of Nintendo of America

Wow, Reggie had quite a bit to say, didn’t he? It definitely seems that Miyamoto will have a huge impact on when the Wii’s successor is released. Also, it doesn’t seem like Reggie is too happy with Sony and Microsoft!

Rumor: Details about the DS2

RPad.tv claims to have some details about the successor to the DS. Supposedly, the details come from developers at GDC. Keep in mind, however, that you should treat the information below as rumor for now.

– 2 screens
– Screens are bigger and are of higher resolution
– Gap between the two screens is very small
– Developers will be able to use both screens as one big screen (seen in some DS games)
– System will have an accelerometer
– Dev kit is similar in power to the GameCube, devs with GCN/Wii experience will be able to create games somewhat easily
– Developers indicating that there isn’t much of a learning curve with the kit
– Some developers will have their games complete before the end of 2010
– System might be announced at E3, might release this year

No online in Other M, teams discussed possibility of 2D Metroid for DS, more

“The original design concept came from me, but then we went and assembled a team that could pull this off. And in this case it was people from Team Ninja, who we really thought was the best fit. But they’ve also provided a lot of core ideas that have influenced the direction of the game, particularly the director, Mr. Hayashi. So, as I mentioned in the speech today, it’s not so much that we’re dividing up tasks but collaborating as equals.

After E3 and the initial announcement a lot of people were making comments like, ‘Oh, it seems like they’ve dumped Retro for this series and they want to go with another developer,’ as if it was a big switch-off. But, in actuality, that is far from the case; rather, we just wanted to put together the best team that we could to make this project, which turns out to be Project M.”

END_OF_DOCUMENT_TOKEN_TO_BE_REPLACED 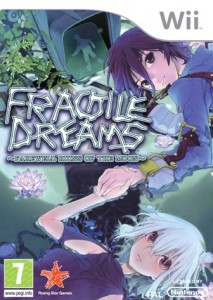 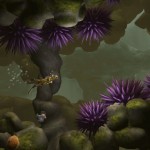 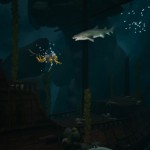 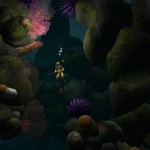 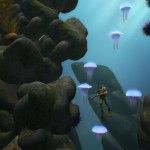 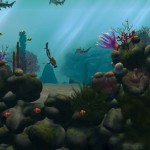 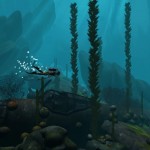 TheSpeedGamer’s Metroid Marathon event starts today, Friday March 12 and will last 72 hours. We would appreciate any promotion that we can get!
We, TheSpeedGamers, are based in the DFW Texas area and play video games to raise money for different causes. We will have been together for two years this coming Saturday and have raised approximately $125,000 for various causes.
Our events typically last 72 hours continuously in which we broadcast ourselves over the internet playing video game franchise’s to their completion while also providing video commentary. There is a chat room that accompanies the video game feed so that the viewers can interact with the players and other viewers. Everything can be viewed on TheSpeedGamers.com.