“There’s only one undiscovered Mega Man 9 secret that I know about… I don’t predict anyone will discover this one for quite a while yet…” – Seth Killian, Capcom Community Sr. Manager

So, this must mean that when you have a saved file of Mega Man 9 on your Wii and a copy of Brawl, you can unlock Mega Man if you play over 100,000 hours in Smash Bros. Oh, who am I kidding?

Top-Selling Videogame Guitar Hero®: On Tour Returns for an Encore Performance with More Tracks than Ever Before

Wednesday 29th October/… Players can now tune up their guitars and crank the volume to 11 as they take their inner rockstar on the road and shred with some of the biggest names in music from 70s classics to today’s greatest hits as Activision Publishing, Inc. (Nasdaq: ATVI) unleashes the full set list for Guitar Hero® On Tour: Decades™, the encore to the top-selling Guitar Hero: On Tour. Featuring more than 40 years of rock’s most celebrated artists with 28 master recordings, the game allows players to host epic jam sessions anytime, anywhere.

The complete set list for Guitar Hero On Tour: Decades, available in November, will include:

END_OF_DOCUMENT_TOKEN_TO_BE_REPLACED 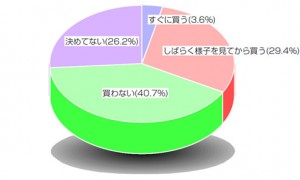 What is the most attractive about the DSi?

Our own poll shows that only 40% of you guys will be purchasing a DSi. Even though I don’t exactly want to spend the cash, I know I’m going to end up buying one. I just know it! 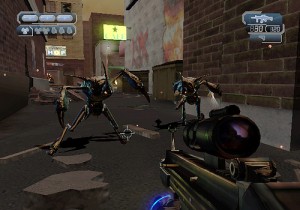 END_OF_DOCUMENT_TOKEN_TO_BE_REPLACED

Drum along with music on the DSi, Punch-Out to feature a deeper story

“While you’re listening to your audio tracks you can sit there — and we haven’t really talked about it a lot — but you can press the buttons and play drums along with the music you’re listening to. Or even the way you can speed it up and slow down independently of pitch. Those are two things that I think are very neat…I’m working on that game as a producer. I think people who are fans of the original will be very thrilled to see the kind of style we’ve designed the game in. It will feel very classic. But at the same time, with the 3D polygons and the polygonal rendering of the characters, I think is going to make for some very nice cut-scenes and a little bit deeper story.” – SHigeru Miyamoto

Miyamoto: Something was missing from last Zelda game

Even though Twilight Princess was in development for years, in some ways, fans were disappointed. The game, while not even close to being a bad game, simply fell short of some expectations. In a way, Shigeru Miyamoto feels the same way in that he feels as though “there was something missing” from the experience.

“That’s something that I talk to the members of my development team about on a regular basis. What I’ve been saying to our development teams recently is that “Twilight Princess” was not a bad game, by any means. But, still, it felt like there was something missing. And while, personally, I feel like “Super Mario Galaxy” was able to do some things that were very new and were very unique, at the same time, from another perspective, certain elements of it do feel somewhat conservative in terms of how far we branched out with design. And so this is something I’ve been talking to both of those teams about. Of course, as is customary with Nintendo, it’s very rare that we are able to announce any games until they’re ready for release, but I can say that these are themes that both of those teams are taking into account and the hope is that for both of those franchises, when we do release the next installments of the “Zelda” [franchise] or maybe the next “Galaxy,” hopefully they will feel newer and fresher than their most recent versions.”

SEGA officially the publisher of The Conduit

SAN FRANCISCO & LONDON, Oct 29, 2008 (BUSINESS WIRE) — SEGA(R) of America, Inc. and SEGA(R) of Europe Ltd. today announced a worldwide partnership with High Voltage Software to publish and distribute the Wii(TM) home video game system-exclusive title, The Conduit. The first-person shooter garnered multiple awards at E3 2008, including Best Wii Game by GameTrailers and three awards from IGN: Best Shooting Game (Wii), Best Graphics Technology (Wii) and Best Overall Wii Game. The Conduit is a stunning, futuristic title powered by a new game engine technology that delivers remarkable visuals and effects, as well as a rich interactive experience that is unlike any other title on the Wii.

“The Conduit is one of the most talked-about Wii games this year and High Voltage Software has only scratched the surface of the game in terms of what they have shown so far,” says Simon Jeffery, President of SEGA of America, Inc. “They have proven that graphical and technological innovation can be exciting to the Wii market, and SEGA is thrilled to partner with a team that truly shares our belief in the Wii’s gaming potential beyond the casual market.”

“High Voltage Software’s partnership with SEGA to publish The Conduit represents an important milestone for this studio,” said Kerry Ganofsky, CEO and founder of High Voltage Software, Inc. “SEGA shares our vision for the title and its tremendous potential, which is why we chose them from a long list of potential partners. With their support, we are confident that The Conduit will deliver the definitive shooter experience that Wii fans have been waiting for.”