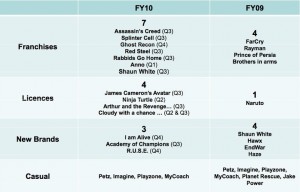 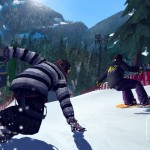 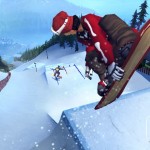 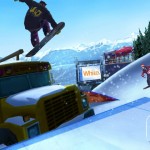 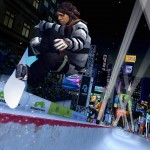 – Travis Touchdown, Silvia Chrystel are back
– Takes place three years after the first game
– Santa Destroy has become tourist town as a result of investments from corporations
– Travis invited to another assassin ranking battle
– Travis’ friend Bishop has head aimed at with guns from a gang
– Basic attack controls from first game return
– Now have dual sword abilities
– Face off against members of the United Assassins Association
– Appears to be a volume upgrade
– Confirmed for E3
– Video on the 30th

LONDON, UK – May 27, 2009 – Today Ubisoft® announced that it is collaborating again with Olympic Gold Medalist Shaun White in Shaun White Snowboarding: World Stage. Developed by Ubisoft Montréal, the game will be available exclusively for the Wii™ system from Nintendo and will be on store shelves holiday 2009.

END_OF_DOCUMENT_TOKEN_TO_BE_REPLACED

SEGA to make an announcement on Friday

Yesterday, SEGA confirmed their lineup for this year’s E3. However, there were no real surprises or implied revelations on the list. Don’t freak out yet, though: SEGA is set to make an announcement in a few days. SEGA’s France PR Manager stated that, while the company won’t be showing off new titles during E3, there will be an announcement on Friday. This is because the company tends to focus on titles that have been discussed for some time at the show. The PR Manager also said that the game won’t be a “huge surprise” and that Shenmue III should not be expected.

Robot Rescue:
A puzzle game with plenty of little robots that need to find their way to escape the tricky labyrinths. A player has to be very careful because all of robots move at the same time and there are many traps waiting for them. 45 stages shared on 3 levels of difficulty bring a lot of fun for both adults and kids.

Ball Fighter:
An arcade game where a player has to remove colorful spheres before they reach the bottom of the screen. Constantly increasing tempo of the game and more and more colors of the spheres make this task more difficult than it seems. There are also many special combos to perform like Rocket (destroys several spheres at the same time) or Brush (allows to change colors). It is easy to play, but difficult to master!

END_OF_DOCUMENT_TOKEN_TO_BE_REPLACED

Rising Star Games confirms classic horror franchise for Europe; new ‘haunted house simulator’ to offer quick and plentiful scares
May 27th 2009 – Rising Star Games today officially confirms that JU-ON: The Grudge is in development, exclusively for the Wii and scheduled for release in Europe during Q4 2009. Based on the classic Japanese horror movie, JU-ON: The Grudge is a ‘haunted house simulator’ where accessibility and instant scares are a highlight over other game aspects. Original movie creator, Takashi Shimizu, is heavily involved in the development of the game and serves as a creative consultant.

Using the Wii Remote as a flashlight, JU-ON: The Grudge has players move forward with the touch of a button and explore haunted areas such as an abandoned warehouse, a dimly lit hospital and a mannequin factory. With a story revolving around the unfortunate Yamada family, JU-ON: The Grudge features a new unique gameplay mechanic that measures your movements during play – the more you flinch and jump, the worse your success rate becomes. The player can progress through the game with bad scores, but it is those with a steady hand and nerves of steel that will have the most to gain from this experience.

END_OF_DOCUMENT_TOKEN_TO_BE_REPLACED

– Comes from the makers of Trauma Center
– Perform operations with Wiimote
– Dramatic storyline
– Daisuke Kanada is the director
– Not surgical action game – all areas of a hospital into one game
– Choose from six doctors – Hank, Maria, Tomoe, Mira, Gabriel, and CR-S01
– Each character has own unique abilities
– Has voice acting
– Will have some surgical actions
– Planning on multiplayer for two players
– 30% done
– No release date yet