High Voltage believes MotionPlus “potential is yet to be seen”

“I think it’s fantastic. We’re all about accessible gameplay and Wii MotionPlus is a further step in that direction. Oh, we’ve been messing about. At the moment you see all the stuff from EA and other companies concentrating a lot on the sports genre. The full potential is still yet to be seen but it won’t be long in coming. Whenever you see new equipment and tools to play with, that just opens up the door for all kinds of creative new ideas. I’m sure we’ll see in the next year some really cool stuff coming out on the Wii that could only work with Wii MotionPlus.” – High Voltage Producer Cameron Rains

I agree with Mr. Rains. MotionPlus is still early on in its birth and I’m positive that we’ll see more impressive games using the add-on as the months go by. With that said, I still think that there have been some titles that have showcased the product very well such as Wii Sports Resort.

Konami announces key advances as Wii football title continues to innovate
Konami Digital Entertainment GmbH has announced the Wii version of PES 2010 will be released in Autumn, following hot on the heels of its next-gen stable mates.

PES 2010 for the Nintendo format will share the cover stars in Lionel Messi and Fernando Torres. And will also boast the extensive additions to the Master League via the integration of UEFA Champions League license elements, while the Wii game’s graphic elements have been further enhanced. However, Producer Akiyoshi ‘Greyhound’ Chosogabe and his dedicated team have also worked to add key gameplay advances to the new iteration.

Likewise, a decisive addition to PES 2010 is an all-new game balance system that affects both attacking and defensive elements of the game. The player in possession now has ‘instantaneous stamina’ in addition to his overall stamina, which prevents unbeatable runs from being used as a constant tactic. Overuse of sprinting will have an adverse affect on the player’s body balance and their immediate control of the ball. As in a real match, excessive attempts of trying to gain possession will drain the player’s stamina, further demonstrating the Wii game’s realism.

END_OF_DOCUMENT_TOKEN_TO_BE_REPLACED

• August 6: Color Changing Tingle’s Love Balloon Trip
• September 17: Forever Blue 2: The Call of the Sea
• September 3: Sloan and MacHale’s Mysterious Story 2
• October 1: Inazuma Eleven 2: The Miracle of the Invader (This is is the second version of Inazuma Eleven 2.)
• October 1: Wii Fit Plus (Stand alone software is priced at a mere ¥2,000 or US$21!)

Ever since it’s launch – nay, since its announcement – rumors have been circulating about a Resident Evil 5 port to Wii, but when Capcom stated that not even the title screen would be possible on Nintendo’s little white system, hopes were all but dashed. In a recent interview, however, Re5 Producer Masachika Kawata has given just a little more insight on the Resident Evil Wii situation, and shed a bit of light on the state of the unlikely game.

“Hypothetically speaking, the Resident Evil 4 engine would work perfectly for replicating the gameplay but we would never be able to recreate the graphical quality. A gun shooting game like Darkside Chronicles makes much more sense for Wii so, in short, Resident Evil 5 Wii Edition isn’t likely to happen. Having said that, Cavia has surprised us with the quality of graphics in Darkside Chronicles, so it may actually be possible after all…”

Famitsu has shared a list of the top 30 most wanted games across all platforms. This is the latest most wanted listing from the magazine. You can check out the results below.

GamePro has been under a lot of fire for their review of The Conduit, but that’s not the only issue that has arisen over the past few days. Today, someone discovered what appeared to be an editor of their arcade section plagiarizing a review from IGN. The article in question was about Water Warfare, a downloadable FPS for Wii. You can check out some of the similarities below.

On tap in this super soaker is a robust feature set including both single- and multiplayer modes. There is plenty to do here, even if you plan to wage war by yourself. The 40 single-player missions offer a variety of objectives and boss battles. If you just want to skirmish you can play against up to seven bots with three difficulty levels. As for multiplayer, two players can go at it in split screen or you can play with a total of eight via the Nintendo Wi-Fi Connection. Online, you can play against just your friends, play a friendly game against random strangers, or participate in a ranked match. While waiting in a lobby there is a handful of messages to send to your opponents/team mates. The four maps each come in a large and small variation.

You’ll find all the usual FPS weapons here (pistols, machine guns, shotguns, rocket launchers…), but loaded with agua instead of bullets. Scattered around each map are also fun items like a raincoat that makes you temporarily water resistant and a towel to dry yourself off.

Featuring over 40 single player missions for you to get soaked in, Water Warfare offers up a lot of content. In the single player missions you will have a variety of objective and boss battles. If you just want to skirmish you can play against up to seven bots with three difficulty levels. Two players can go at it in split screen or you can play with a total of eight via the Nintendo Wi-Fi Connection. You can play with strangers or just play a good old fashioned rank match on one of the 4 maps made. Team games include Battle Royale where the last person standing wins, Death Match is the standard FPS free-for-all, but should be called Wet Match, first player to 10 knockouts wins. Treasure Chest you have to find the opposing team’s chest and bring it back to your base. In assault you capture the flag, which I figured would be called capture the flag. Base you take control of bases and score 100 points to win. Finally in point rally you need to put your gun away and race through checkpoints.

Weapon wise you’re given the standard array of weapons, pistols, shotguns, assault rifles and rocket launchers all filled with lovely H2O. The weapons control ok but feel like squirt guns that have no kick to them. Also perks are scattered throughout the map like a raincoat that makes you temporarily water resistant and a towel to dry yourself off.

GamePro did respond to the claims that the review was plagiarized and acknowledged that “the charges are true.” The writer responsible for the review was fired as well. However, the article has not been taken down so that GamePro can “be up front about the mistake that had been made and take full responsibility for it.”

Unused locations in The Conduit revealed in concept gallery 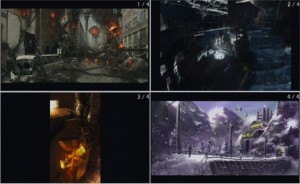 An unlockables section in The Conduit’s offers a look at achievements, cheats, and concept galleries. There is, however, one item in particular that is quite interesting. As you continue to play through The Conduit and discover discs in single-player mode, there is one piece of concept art that can become available – Images of unused locations in The Conduit. There are clearly some areas which never made it into the final game such as the snow zone. Perhaps we’ll see the region if High Voltage develops a sequel. 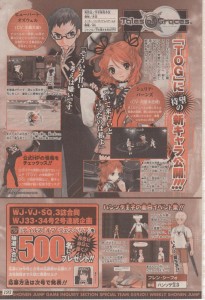