Start A Band, Rock The World!

Developed by Harmonix, the world’s premier music videogame company, and published by MTV Games, Rock Band™ 2 is the next evolution of the groundbreaking music platform that forever changed the face of music videogames. Rock Band 2 builds upon the original, challenging players to put together a band and tour for fame and fortune while learning to master lead/bass guitar, drums and vocals, and raises the bar to include an entirely new level of depth, connectivity, authenticity and exhilarating features.

Rock Band 2 will feature more than 80 tracks on disc – but it doesn’t stop there. Players will have access to all DLC tracks, packs and albums released to date as well as future DLC releases; that’s more than 200 song choices and counting. The music inRock Band 2 features all master recordings and spans all genres of rock from punk, metal and alternative to classic and southern rock.

END_OF_DOCUMENT_TOKEN_TO_BE_REPLACED

First look at Quantum of Solace

This footage is from the PS3/Xbox 360 version of the game, but the gameplay should give you an overall indication of what to expect for the Wii release.

Secret project Flock! not a codename

“Flock! isn’t a codename… that’s the name of the game. Beyond that, you’re going to have to wait and see next week what it is.” – Christian Svensson, Capcom’s Sr. Director of Strategic Planning & Research

Flock! was just mentioned in Capcom’s official E3 lineup. Unfortunately, we still don’t know any main details about the game including the platform for release. We will, however, know much more next week. 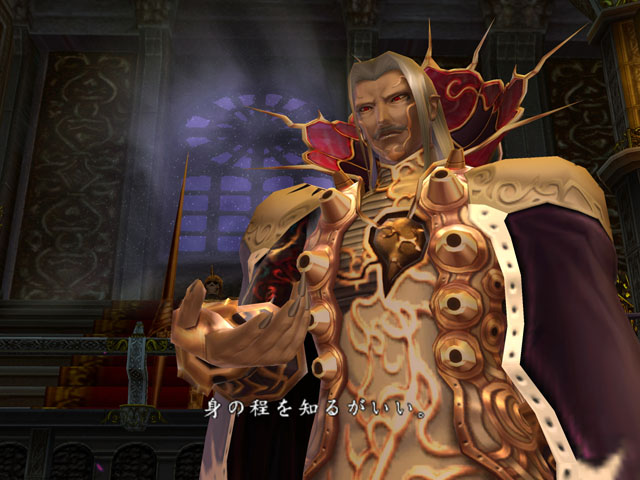 Konami Digital Entertainment GmbH is to bring its world-famous Castlevania series to Nintendo Wii in the form of Castlevania Judgment, an all-new action title featuring a wealth of characters from the series’ 22-year history.

Created by series creator Koji ‘IGA’ Igarashi, Castlevania Judgment is a roving fighting game utilising heroes and villains from the Castlevania universe. The fighting game has been designed specifically for the Wii, and uses the Wii Remote and Nunchuk controllers to offer a stunning level of control over the central heroes. Taking centre stage within a series of 3D locations inspired by previous Castlevania games, the controllers are used to slash, stab and employ a series of attacks against the assorted minions of Dracula.

END_OF_DOCUMENT_TOKEN_TO_BE_REPLACED

Konami Digital Entertainment GmbH is promising a stunning line-up of new titles to be unveiled at this year’s Games Convention in Leipzig.

Held in Leipzig’s stunning Convention Centre from August 20th-24th, Games Convention 2008 is set to be Europe’s largest showing of new product. Konami will use the five-day event to showcase a number of new titles for the first time, including PES 2009, Silent Hill Homecoming and a massive area dedicated to the ever-popular DancingStage franchise. Konami will also use the event to unveil a selection of new, unannounced titles for the first time, with regular showings, Q&A sessions, and product demonstrations within a dedicated stage area.

“Konami goes into this year’s Games Convention with a very, very strong line-up that mixes familiar titles with exciting new concepts,” commented Martin Schneider, Sales and Marketing Director Germany for Konami Digital Entertainment GmbH. “This year will see more of the fruits of our excellent European RnD push, in addition to stunning titles from Japan. As such, we feel Konami will deliver one of the most diverse and imaginative product lines-ups of the show, and look forward to unveiling our new titles in Leipzig.”

END_OF_DOCUMENT_TOKEN_TO_BE_REPLACED

DLC to appear in Mega Man 9

WiiWare isn’t exactly know for downloadable content, however, Mega Man 9 looks to be changing that. We already know a good amount about the game (and we’ll probably know more after E3 blows by), though at this point, we know Mega Man 9 will have DLC. Famitsu revealed this information, but further details as to what exactly will be up for download and how often new content will be available were not provided.

Small update: The latest word (which is confirmed) on Mega Man 9 is that the title will cost 1000 Wii points. This is for Japan, but I would expect the price to be nearly if not exactly the same for America.