There was quite a buzz stirring over this week’s Famitsu because of 4 RPGs Famitsu would reveal, but it’s probably a bit disappointing for most.

Capcom has revealed its complete E3 lineup. There is one standout listing, codenamed Flock, which is an apparent “super-secret project.” Right now, we have no idea what Flock could be, although some are already guessing that the game could be Capcom’s “surprising take on a next-gen favorite” for the Wii.

• Street Fighter IV: Final arcade code running on a heaping handful of arcade machines.
• Resident Evil 5: Game of show? Quite possibly!
• Dark Void: Also playable, also awesome. Snazzed up since CAPTIVATE08 and ready to totally jetpack your face.
• Bionic Commando: New areas and enemies, now playable on console!
• Mega Man 9: Put on your retro hats and prepare for a major challenge.
• MotoGP ’08: This year’s installment of the fastest-growing motorsport on two wheels. We’ll be running the 360 version.
• Neopets Puzzle Adventure: Surprise hit from CAPTIVATE08, we’ve got more to show on this puzzle adventure game created by the guys who brought you Puzzle Quest.
• Super Street Fighter II Turbo HD Remix: A new batch of characters will be selectable for hi-def brawling.
• Plunder: Something new is happening with our digital pirate’s booty…
• Bionic Commando Rearmed: It’s almost out, and we’re showing it one last time.
• New games-on-the-go from Capcom Interactive, our mobile group
• Plus a new super-secret project, Flock!

Posted on 12 years ago by Brian(@NE_Brian) in GameCube, News, Wii | 0 comments 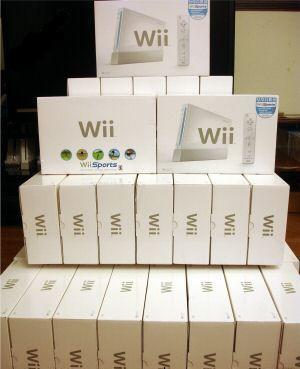 It’s still difficult to believe that in a handful of retail outlets, it’s close to impossible to find a Wii. The situation is definitely improving, but people still wait outside their store of choice on Sunday mornings, hoping for a chance to finally get their hands on the system. There have been all sorts of ideas as to why there aren’t enough Wii units on store shelves, some of which include conspiracy theories. However, the problem may be much simpler than we imagined. There has been a discovery (based on a bit of an investigation) that Wii consoles take approximately 14 weeks to build the Wii and have it traveled to a specific retailer. It isn’t an entirely snail-paced process, however, it’s not incredibly speedy either. 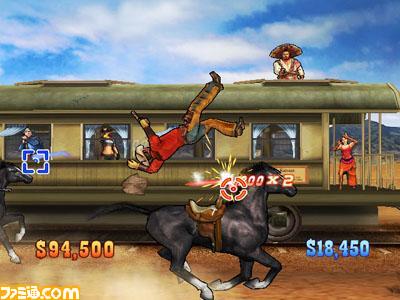 Wild West Guns initially appeared on the ESRB ratings website, although we finally have nailed down what exactly the game is. Essentially, the game seems to be a basic third-person shooter with the focus being – of course – the wild west. The new WiiWare game will support four player co-op and competitive play, and as an added bonus (or not), Zapper support. Wild West Guns will cost 1000 Wii points and is scheduled to release in Japan July 22.

Tales series to continue on Wii with “mothership” game

Yesterday, we got the word on a new Tales title for the DS, Tales of Hearts from a Namco conference. However, this was not the only Nintendo-related news item that comes from the event. The latest Tales game has yet to be released in America – and just came out in Japan – but more Tales Wii news is up and about. Yet another Tales Wii game is expected to release in fiscal 2009; the most encouraging news about the title is that the game won’t be a port or remake of a previous game, but a new, original entry in the Tales series.

Animal Crossing Wii as good as confirmed for E3 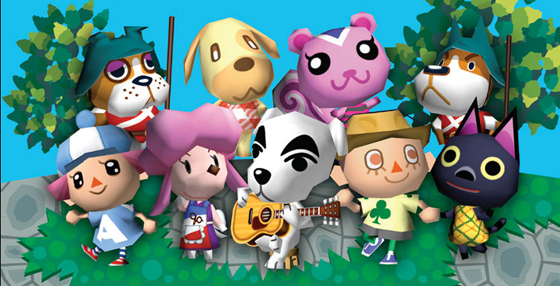 In the latest issue of the Official Nintendo Magazine, there was a small snippet on the preview page for what seemed to be Animal Crossing Wii. Now, we have a further confirmation of the game; furthermore, it looks like the game will be at E3 as well. Says ONM, “Those of you who have read the new issue of Official Nintendo Magazine should already know that Animal Crossing Wii will be unveiled at the conference.” We still don’t know 100% that the game will be at E3, but based on the latest news from ONM, I think we can safely believe the game is real and will be present at E3.

“(Regarding an online petition for a new Broken Sword, if it’ll come to the DS) I’m going to have to be really boring now and just say that the petition was really inspirational. But I’m really not allowed to say any more than that.” – Charles Cecil, managing director of Revolution Software

Well, we don’t know anything for sure, but it definitely looks like Revolution Software is considering a new Broken Sword title.