A look at Nintendo’s unused phone patent from 2001

Posted on 3 years ago by Brian(@NE_Brian) in General Nintendo, Mobile, News, Random | 17 Comments

Nintendo has filed all sorts of patents over the years. Some have been used by the company, while others have been tossed to the side. One such patent that never became an actual product is a 2001 filing for a phone.

You can see some of the images from the registration below. It’s pretty standard stuff for the most part, but it does also appear to show options to buy games. 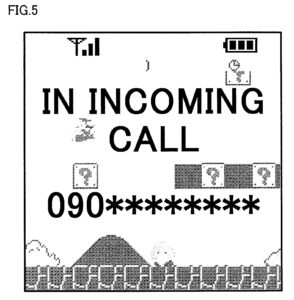 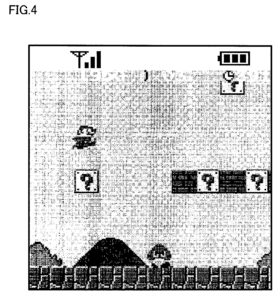 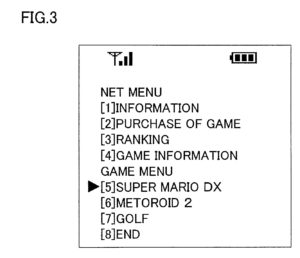 Posted on 3 years ago by Brian(@NE_Brian) in Mobile, News | 15 Comments

Miitomo may have only just launched about a month ago, but the app has managed to secure 10 million users since then. Nintendo president Tatsumi Kimishima said during the company’s investors briefing last week that this shows “it has achieved the level we had planned.”

Going forward with Nintendo’s mobile apps, Kimishima noted that they’ll be looking to quickly act upon feedback received to make them better. This is something that will be happening with Miitomo, and by doing so, the amount of daily active users can increase.

Here’s the full question/answer from an investor and Kimishima about mobile:

I’m sure that there were many things with Miitomo that Nintendo expected, as well as many that were unexpected, that provided learning experiences. I would like to hear as much as possible about what was learned from the experience. Nintendo’s value comes from its strong IP, and using that IP comes with the risk that if the IP is not successful, its value will decrease. In that sense, Miitomo and future titles need to get results in the smart device application market. It may still be too early to generalize, but I would like to know how the response to Miitomo has been in comparison with your expectations.

I believe that Miitomo reaching 10 million unique users in the short time since its release shows that it has achieved the level we had planned. At the same time, this system lets us hear the consumers’ opinions. I believe this business requires us to continue to update to respond to these opinions in various ways, so we knew from the beginning that we would not be able to satisfy everyone right away. We believe that it is important to continue to revitalize the applications by quickly implementing feedback from consumers. Only one month has passed since distribution began. Our goals are to act on the feedback we received during this period quickly and increase the amount of consumers who are playing daily.

Posted on 3 years ago by Brian(@NE_Brian) in Mobile, News | 26 Comments

Nintendo president Tatsumi Kimishima was asked about Nintendo’s commitment to mobile at the Big N’s latest investors briefing last week. Kimishima reiterated that the company would like “to grow smart device gaming as one of the pillars of Nintendo’s revenue stream.” Additionally, Shigeru Miyamoto is also involved as “he is having specific talks with developers of games for smart devices on what would be desirable overall.”

The full question and answer is as follows:

If people are “not sure about how serious we are” about smart devices, it means that information issued from our company is not accurately conveyed, and I have to reflect on that. As we have reiterated, we want to grow smart device gaming as one of the pillars of Nintendo’s revenue stream. As for shifting managerial resources in that direction, we have very capable developers who are working on development of games for smart devices, as you already know. Of course, Mr. Miyamoto, our Creative Fellow, is also supporting the business for smart devices from a company-wide perspective. To explain the level of engagement of Mr. Miyamoto, he is having specific talks with developers of games for smart devices on what would be desirable overall. In that sense, what you see from the outside may be markedly different from what we see on the inside. As I have said, we want this to be one of the pillars of our business. Our level of engagement has not lessened, so I hope you will understand that.

Posted on 3 years ago by Brian(@NE_Brian) in Mobile, News | 6 Comments

END_OF_DOCUMENT_TOKEN_TO_BE_REPLACED

Posted on 3 years ago by Brian(@NE_Brian) in Mobile, News | 30 Comments

Nintendo made a number of announcements last week, including the news about bringing Animal Crossing and Fire Emblem to mobile. During the company’s briefing for investors, president Tatsumi Kimishima was asked about the move as well as what lies ahead for smart device plans. For the latter part of his answer, he noted that Nintendo is “not limiting the IP for the titles that will follow these two.”

Kimishima responded with the following:

We chose Animal Crossing and Fire Emblem as titles to follow Miitomo from the viewpoint of increasing the diverse types of consumers interested in Nintendo, and widening opportunities for game play. The Animal Crossing series has been played by a wide range of consumers including children and women. I think there is a good chance that those consumers would enjoy this. As for Fire Emblem, it is not so much the width of the audience as the existence of die-hard fans who have stuck to the series for a long time. We selected two titles of different categories and IP to reach as many consumers as possible. We are not limiting the IP for the titles that will follow these two. We will continue to prepare titles using IP that many consumers are familiar with.

Posted on 3 years ago by Brian(@NE_Brian) in Mobile, News | 0 comments

Miitomo has launched a new promotion in celebrating of having obtained 10 million users. Over the next ten days, separate rewards will be handed out.

Users can collect a total of 5,000 Miitomo coins and 12 game tickets over the couple of weeks.

Posted on 3 years ago by Brian(@NE_Brian) in Mobile, Videos | 3 Comments

Nintendo has come out with a brief Miitomo video to highlight the app’s Miifoto feature. Check it out below.

Posted on 3 years ago by Matt(@OnePunchMaz) in Mobile, Videos | 0 comments

The Pokemon Company has just released a new trailer for Pokemon Comaster, the currently Japan-only figure battling game for mobile phones. Give it a watch:

Posted on 3 years ago by Jake in Mobile, News | 8 Comments

As Japan gets the latest Kirby game, popular instant-messaging app LINE has added some animated Kirby stickers to their lineup. Retailing at 240 Yen/1.99€/£1.49/$1.99 or 100 LINE coins, they’re the perfect way to add a little more of the pink puffball to your life.

Over 75% of users outside of Japan are currently using Miitomo

Posted on 3 years ago by Brian(@NE_Brian) in Mobile, News | 2 Comments

As for Miitomo, our first priority was to bring more consumers around the world in contact with Nintendo entertainment. Items are available as in-game purchases for consumers who want to deepen their experience, but we have designed Miitomo so that it is possible to have plenty of fun enjoying this new mode of communication even without making in-game purchases.

As a result, users are enjoying Miitomo across the globe, with over 75% of users outside of Japan at present.

We expect this percentage to rise even higher in the future as we consider service expansions to South America and Asia.

We believe this shows that Nintendo has made real progress in advancing our smart device business on a global scale.

We will follow Miitomo by releasing new applications using the Fire Emblem and Animal Crossing IPs globally, and our plan has not changed in terms of releasing around five titles by March 2017.