Tempest Trials+: For a Smile has begun in Fire Emblem Heroes. The big rewards this time are the 5★ Special Hero Jaffar: Angel of Night and three Sacred Seals: Warding Blow 1, Steady Posture 1, and Distant Guard 1. You can also earn Refining Stones by completing daily quests.

Dragonyule is in full swing, and events are numerous with many rewards. Take a look below at what’s happening, along with some promotional images of the upcoming Void Battle and Astral Raid bosses.

Pokemon GO not only had a good 2019, but is also one of the better-performing mobile games of the past decade. New information from mobile data and analytics firm App Annie has it in the top ten for highest-grossing releases of 2019 along with the last decade as a whole.

Here are the mobile revenue rankings for 2019:

END_OF_DOCUMENT_TOKEN_TO_BE_REPLACED

Posted on 3 months ago by Brian(@NE_Brian) in Images, Mobile | 0 comments

The Mega Man: Chaos Protocol event has officially ended in Dragalia Lost. While the fun might be over, Nintendo and Cygames have prepared a special piece of art for its conclusion. Check it out above.

Posted on 3 months ago by Matt(@OnePunchMaz) in Mobile, News | 0 comments

A new EX Challenge has been added to the Training Area in Pokemon Masters. This one has you facing off against Marshal and his Fighting-type Pokemon. The rewards include 2-star Psychic Bracelets and other items that let you boost your Psychic types.

A new holiday-themed summon focus has come to Fire Emblem Heroes, titled “Glorious Gifts.” Players can obtain special units by summoning on this special banner. Marth: Royal Altean Duo and his Duo Skill will be in the summon pool along with other festive heroes. There are limited-time quests, as well as a login bonus where players can receive up to 13 summon orbs. The details for Marth: Royal Altean Duo’s Duo Skill:

Grants Atk/Spd/Def/Res+3 and Bonus Doubler to armored and flying allies within 3 rows centered on unit. (That turn only. Does not stack.) ・ Duo Skills can be used once per map ・ Duo Skills cannot be used by units deployed using Pair Up

Additionally, we’ve entered the Brace phase in the Mjölnir’s Strike event. Protect the Kingdom of Askr by building structures and placing allies on the map. This round’s enemy forces will be lead by Robin, so prepare accordingly.

Posted on 3 months ago by Elias in Mobile, News | 0 comments

New updates have arrived in Dragalia Lost, introducing content in the all-new Chapter 11. The new Chapter, titled “Android Anguish,” pits the Prince and his friends against ancient androids that are powerful enough to slay dragons.

Additionally, “Very Hard” difficulty has been added to the main campaign, along with a celebratory free daily tenfold summon. The first time that players clear quests on Very Hard mode, they’ll earn rewards such as Dyrenell Aureus as well as royal insignias.

The Mega Man: Chaos Protocol event has ended, but Astral raids are still going strong. Be sure to challenge Chronos before he goes away for a while. This light-elemented challenge requires Astral Pieces, so make sure to have a few before going in for the kill.

Players can participate in Summoning Focus: Weekly Revival 8 until December 22.

Chronos has shown up as the latest boss in Dragalia Lost’s Astral Raids. The battle is available in Beginner, Standard, Expert, and Master difficulties. Players can obtain astral shards and trade them for various rewards. Note that astral pieces are needed to challenge Astral Raids quests.

The Astral Raids with Barbary will be live until December 16.

Fire Emblem Heroes will host Tempest Trials+: For a Smile starting December 17, Nintendo and Intelligent Systems have announced. The 5-star Hero Jaffar: Angel of Night and the three Sacred Seals Warding Blow 1, Steady Posture 1, and Distant Guard 1 can be obtained as rewards.

Ahead of the Tempest Trials+ event, a new summoning event has begun. Three Heroes from among the bonus allies are available as part of a 5-star summoning focus. 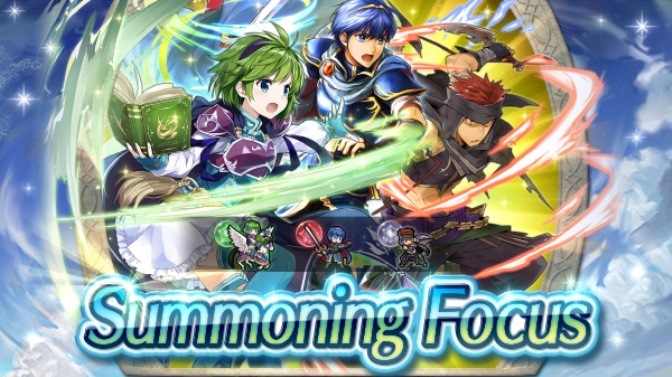