North America saw the release of the Wii about a year and a half ago and many have enjoyed the system throughouly. Unfortunately, the same cannot be said about Taiwan. The Wii has yet to release in the territory; however, a final date has been set for its release: July 12th. As is the case with the purchase of a Wii in North America, Wii Sports will be bundled in with the console in Taiwan as well.

7 minutes of Castlevania: Order of Ecclesia 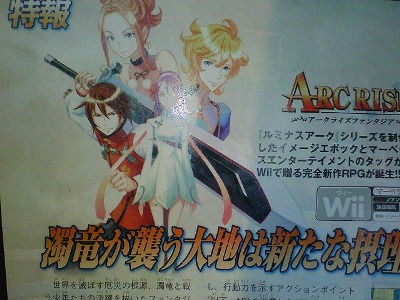 – Image Epoch x Marvelous
– Traditional fantasy RPG
– Luminous Arc staffers on board
– Official Site will be open on 27th June
– Graphics style is similar to tri-Ace games
– 16:9
– 3 character party
– One shared AP gauge between the team, which empties as actions are performed
– multiple attacks are possible, as are massive attacks that will drain a lot of AP
– if party members use the same skills, those skills will be increased
– beasts = Roguresu. These creatures help teach you throughout the game

X-OOM Software, a leading publisher of digital media software, has launched X-OOM Media Centre for Wii XE, to enable users to enjoy their music, videos and photos on a Nintendo Wii™. This innovative software turns the popular gaming console into an interactive media hub by streaming digital media files from a PC to a Wii™.

Favourite video files, photos and music normally found on a PC in a bedroom or study, can now be easily shared and enjoyed on a TV in any room via a Nintendo Wii™ using X-OOM Media Centre for Wii XE. Once installed on a PC, the software will wirelessly interact with the Wii™. Chosen files can then be streamed to the console, eliminating the hassle of transferring content via cumbersome memory cards, USB devices or CDs.

END_OF_DOCUMENT_TOKEN_TO_BE_REPLACED 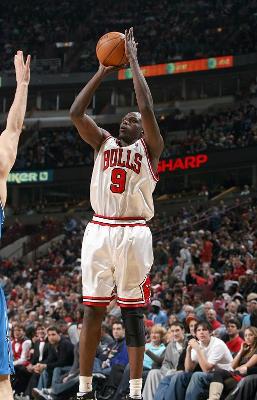 GUILDFORD, UK – Wednesday, June 25, 2008 – Electronic Arts Inc. (NASDAQ: ERTS) announced today that Chicago Bulls forward, Luol Deng, will be the cover athlete and spokesman for NBA LIVE 09 in the UK. Deng, raised in the UK from 1993, has played in the NBA for three years and is a vital part of the Great Britain national team. This is the first time the UK has worked with a local athlete and highlights the continued growth of the NBA in Europe.

“I’m proud to be the first British athlete chosen to appear on the NBA Live cover in the UK” said Luol Deng. “It’s an honour to be recognized by EA SPORTS as a UK ambassador for NBA Live 09 and I’m looking forward to playing for the Great Britain National team.”

Deng is joined by some of the NBA’s biggest international stars on packaging around the world, including Los Angeles Lakers Pau Gasol (Spain) and Toronto Raptors Andrea Bargnani (Italy).

END_OF_DOCUMENT_TOKEN_TO_BE_REPLACED 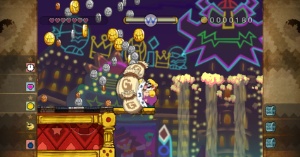 Wario Land™: Shake It!, a classic side-scroller for the Wii console launching Sept. 29, stars Wario, the smelly, bad-mannered alter ego of Mario™. With the Wii Remote™ controller turned sideways like an old-school controller, veterans and newcomers alike can run, jump and smash their way through hectic side-scrolling stages. Players shake the Wii Remote to help Wario take down his enemies, empty bags of treasure or cause earthquakes. Best of all, there are numerous stages each offering multiple missions to keep players coming back again and again to unlock everything, collect more coins or just improve their best times.