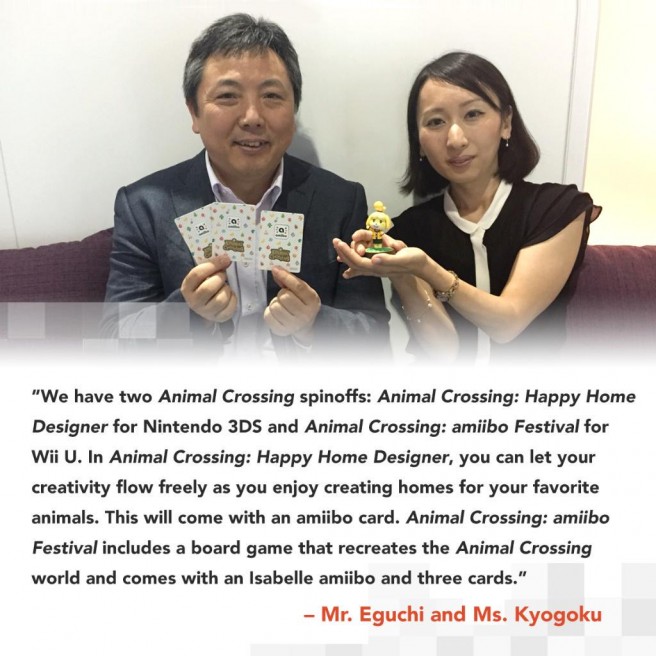 Animal Crossing developers Aya Kyogoku and Katsuya Eguchi shared a few words about Happy Home Designer and amiibo Festival over on Nintendo of America’s Twitter account. Have a look at what they had to say in the image above.

Nintendo open to bringing other franchies into Animal Crossing 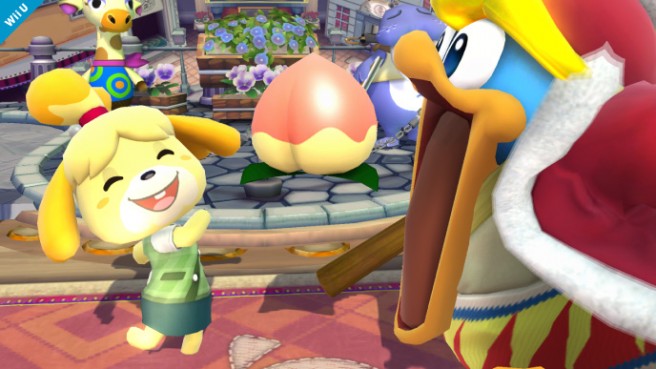 Nintendo isn’t against bringing some of its franchises into Animal Crossing.

Longtime developer of the series, Aya Kyogoku, told GameRant in an interview that this is something that could be considered. However, it sounds like IPs and characters won’t be thrown in just for the sake of doing so.

Kyogoku’s full comments are as follows:

Aya Kyogoku Mii going out to 3DS systems via SpotPass 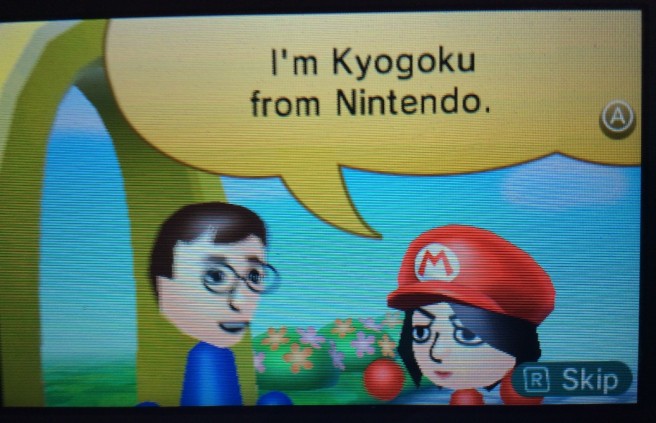 E3 2015 is over, but Nintendo hasn’t stopped sending out Miis to celebrate the event. The latest addition is Aya Kyogoku, the director of Animal Crossing: Happy Home Designer. You should be getting the Mii via SpotPass soon.

Later this month, the Animal Crossing Plaza service will be coming to a close. Nintendo is planning on removing the software from the eShop after December 22.

While time is running out on Animal Crossing Plaza, it sounds like there could still be some exciting things in the works for Animal Crossing overall. Well, maybe. An official message posted on Miiverse makes note of how news will be posted to the Animal Crossing News Community in 2015.

Nintendo on appealing to all types of players

Posted on 8 years ago by Brian(@NE_Brian) in General Nintendo, News | 13 Comments

USgamer has published a massive feature in which it delves into the topic of Nintendo’s quest for inclusivity. It features plenty of comments from EAD manager and original Animal Crossing director Katsuya Eguchi as well as Animal Crossing: New Leaf director Aya Kyogoku.

Among the topics discussed is Nintendo’s mission to create games that appeal to all types of players. Eguchi started off by saying:

END_OF_DOCUMENT_TOKEN_TO_BE_REPLACED

Four Animal Crossing games have been released spanning over four console generations. Where might hte series go from here?

Nintendo’s Aya Kyogoku offered some vague words to GiantBomb in a recent interview, noting that she hopes more Animal Crossing games will become available and will appeal to both longtime fans and newcomers.

“It’s hard to say what Animal Crossing is going to look like in 10 years, but I do hope it’s still around and it’s reached out to an even wider range of audience. At the same time, I really hope it stays as franchise that’s both enjoyable to newcomers and people who’ve enjoyed the franchise for all this time.”

Producer Katsuya Eguchi added some words of his own, too:

“In 20 [or] 30 years, when the users in that time are playing, I would like to say ‘when mom and dad were young, we were playing Animal Crossing, too!’. It would be great if we could say something like that. It might actually turn out that I’m more of a grandpa or grandma, but even then, it’d be great to say ‘back in my day, we used to play like this!'” 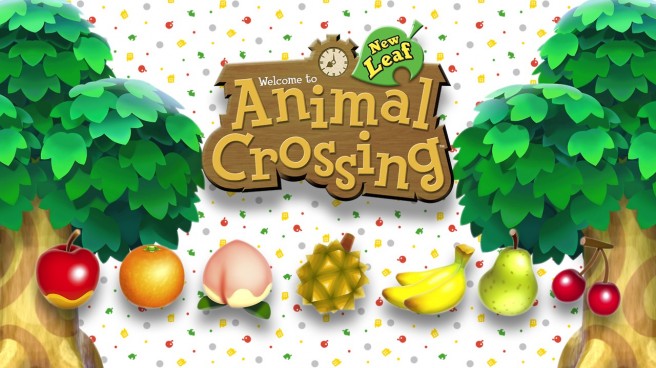 Even more quotes from Animal Crossing producer Katsuya Eguchi and Animal Crossing: New Leaf co-director Aya Kyogoku. Polygon caught up with the two at GDC 2014 and chatted more about tying the series into the mobile space and bringing it back to consoles. Also, there are a few words about franchise fatigue.

Head past the break for Eguchi and Kyogoku’s comments. Check out Polygon’s full article here as well.

END_OF_DOCUMENT_TOKEN_TO_BE_REPLACED 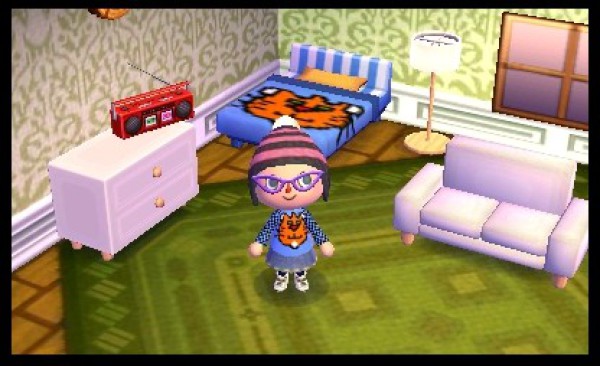 Wired has published a new wave of quotes from Animal Crossing: New Leaf producer Katsuya Eguchi and director Aya Kyogoku. Most of the comments pertain to the team working on the 3DS game, though there are also a few more general topics, such as the possibility of letting players change their skin tone in the future.

Check out Wired’s article in full (it’s quite interesting!) here. For comments rounded up from Eguchi and Kyogoku, read on below.

END_OF_DOCUMENT_TOKEN_TO_BE_REPLACED

Posted on 8 years ago by Brian(@NE_Brian) in 3DS, General Nintendo, News | 4 Comments 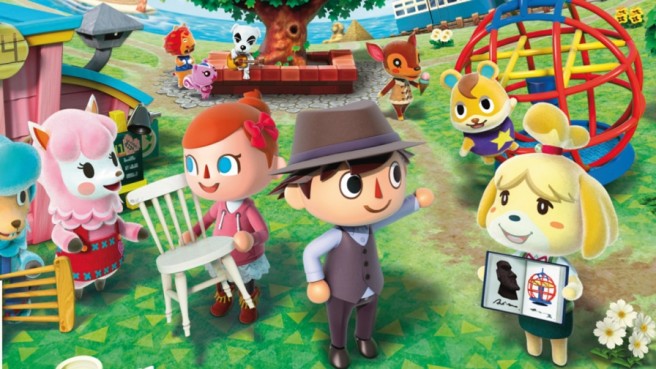 Joystiq has published a few Animal Crossing-related tidbits coming from series creator Katsuya Eguchi and New Leaf director Aya Kyogoku. You can find them rounded up below.

– With the original N64 game, Eguchi’s team was focused on making a second place to live rather than a game
– With so many different perspectives of life existing in the world, it’s difficult to build a universally welcoming foundation for everyone to find their second home
– The team kept this challenge in mind when starting on New Leaf
– This resulted in the game’s development team encompassing members from different age groups and walks of life
– Staff could submit clothing and furniture ideas to asset designers no matter their role on the team
– Animal Crossing is built on the foundations of knowing that most of life’s highlights stem from interacting with other people
– Items offered through StreetPass are meant to encourage that sense of sharing from other players
– If many people head to a store in search of an item, Kyogoku hopes that they’ll StreetPass with one another during their visit
– Eguchi views StreetPass as an incentive for players to take Animal Crossing with them in their daily lives in case they cross paths with other StreetPass-savvy players outside of their primary homes
– Eguchi said that maintaining the calendar’s influence is part of why the series has stayed away from implementing microtransactions
– Special items are more about rewarding event attendance and less about filling out a checklist
– In the future, Eguchi hopes to reach regions he feels are untapped like Australia
– He also wants to use the quirks supplied in Nintendo’s hardware to show off new elements of life in Animal Crossing’s world