END_OF_DOCUMENT_TOKEN_TO_BE_REPLACED

Posted on 5 years ago by Jake in 3DS, Images, News, Screenshots | 0 comments

Atlus has provided a new batch of information and screenshots for their upcoming Japanese RPG Etrian Odyssey V. The information covers the games Master Skills system, including some of the choices that system gives players, as well as more character skills.

Master Skills
-Clearing certain conditions will deem an adventurer a “Master”
-Masters can access more powerful skills in their classes
-Must choose between two titles, with each title giving different benefits
-Fencer class, for example, can become a “Phantom Swordsman” or a “Thunderclap Swordsman”
–Phantom Swordsman specializes in speed/evasion
–Thunderclap Sworsdman specializes in combo attacks
-Players can choose different names for titles

Reaper
-Front row scythe wielder that inflicts weakness
-Sickens opponents with a power called miasma
-Character Skills include:
–Miasma Armament: Consumes own HP to cloak self in miasma
–Jugon Sickle: Single-target attack that may (if the reaper is using miasma) curse target
–Soul Gathering: Increases encounter rate and experience points for a fixed amount of steps.

Necromancer
-Versatile summoner that calls upon the dead
-Character Skills include:
–Spirit Summon: Consumes own HP to summon a spirit to an empty space.
–Life Compensation: Destroys a spirit to heal all allies
–Fire Bomb: Turns a spirit into a destructive, long-range flame attack against enemies

Hound
-Long-range summoner that uses a bow
-Works with a falcon and hound for bonuses
-Character Skills include:
–Falcon Whistle: Summons a falcon.
–Wings Flash: Single target attack, followed up by an attack from the falcon
–Hound Whistle: Summons a hound.
–Rescue Sign: The hound heals an ally for some HP and status conditions

Shaman
-Back row support
-Specializes in healing
-Character Skills include:
–Prayer: Guard: Increases all allies’ defense power for three turns.
—Duration can be extended by leveling skill
-Gospel: Recovers HP of an ally when using a strengthening skill
-Oracle: Ranbu: Cancels fire, ice, and thunder, unleashes an attack with those attributes, and reduces those attributes until the end of the turn.

Aeolis’ Grand Market
-Buy and sell equipment and items
-Sell materials to increase variety of purchasable equipment and items
-Strengthen items at the Blacksmith
–Smithed weapons are branded with a “+1,” “+2,” etc., increasing attack power
–Weapons strengthened to their maximum amount can be “recycled” to obtain materials

Below, you can find screenshots of the classes and other information.

Atlus published two more trailers for the upcoming next installment in the Etrian Odyssey series; a more general trailer and a trailer for the Herbalist class:

Atlus have just published two new trailers for Etrian Odyssey V; one for the new “Names” system and one for the Warlock class. Check them out:

Famitsu returns to its coverage of Etrian Odyssey V this week. The magazine shares more on races, Mastery Skills and Second Name, along with the blacksmith.

– Miasmic Armament – Sacrifices own HP to turn into battle mode
– Exorcism Scythe – Attacks an enemy close-range; if Miasmic Armament is on it also has probability of inflicting Curse
– Spirit Approach – While exploring dungeons, disperse miasma to lure monsters; raises both encounter rate and EXP gain for a number of steps

– Arm Break – Attacks an enemy with probability of inflicting Arm Seal
– Blood Rampage – Counter skill that deals back damage to self into the enemy who attacks; each time own HP decreases there’s also a chance to execute an attack with weapon’s element
– Demon Man Fist – Sacrifices own HP to launch close-range attack on an enemy and its left and right.

– Technical all-rounder who can summon dead spirits and use various kinds of skills from offense, defense to support
– Very versatile but hard to master

– Hunters who attack with a bow and can also utilize help from the offensive hawk and supportive hunting dog; the latter can heal allies and seal enemy body parts
– Depending on the skills learned, it’ll be possible to call both the hawk and dog at the same time

– Priests who can communicate with invisible beings, heal allies and strengthen defenses
– Specialized for support from rear side

– Prayer: Tutelary God – Raises all allies’ defense for 3 turns
– Gospel – When giving a strengthening skill to an ally, their HP will be also healed at the same time – Oracle: Wild Dance – If Prayer: Blaze, Ice Rain or Purple Lightning is used, this skill will convert it into a long range attack with the respective element that hits all enemies and lowers their resistance to that element until the turn ends

A job has certain requirements which, if fulfilled, will make them master the job. When this is reached, the player can choose from one of two Second Names to give the character a set of Mastery Skills that change based on the Second Name picked.

– Bewitching Swords Dance: This skill will disorient enemy’s sense of distance; decreases accuracy to an enemy lane for 3 turns
– Sharp Thrust: Lightly attacks an enemy to draw attention towards oneself while increasing evasion for a turn

– Resonance: Close-range thrusting attack to an enemy; the damage increases based on amount of attacks activated from Chain skills and others last turn
– Chain Killer: On the turn this skill is used, if the target enemy is being inflicted by status ailments or seals from ally skills, the user will perform another thrusting attack

In the great city of Aeolis, players can sell materials obtained in dungeons to unlock more equipment and items. It’s also possible to use the materials for upgrading weapons.

Also as a small tidbit, in the mini manga, it’s shown that in character creation, coloring can be freely adjusted. This ranges from hair and hair shades, to eye and eye shades (can also color eyes separately), to skin color as well.

Here are some screenshots from Famitsu showing a bit of the Etrian Odyssey V coverage:

Earlier, Atlus detailed some of the jobs and gameplay that will be featured in Etrian Odyssey V. Now, they’ve released two trailers to highlight these. The first shows off the tanky Dragoon class, while the second shows off Race and Union Skills, unique abilities that characters get based on their race. Both trailers, which are in Japanese, can be seen below.

Atlus has released some new info, screenshots and antwort on Etrian Odyssey V via 4Gamer. The fine folks over at Gematsu have translated the new information, which dives into some interesting gameplay details about skills, classes and races, the latter of which play a bigger role than ever before.

Each race has a unique set of skills, adding another layer of complexity and depth to character development.

The human-like Earthrun have the ability to fish in dungeons and also have a resistance to sealing.

The elf-like Lunaria have two passive skills: Magical Perception allows them to detect magic users nearby while also giving them a small bonus to their INT stat, while Magical Endowment powers up attack items and increases their LUC stat.

The beast-like Therian can hunt for food in dungeons using their Hunting Art skill, which also passively increases their STR stat. In addition, their Vigilance skill increases the rate of preemptive strikes that you get, depending on how many of your party members have this skill. It also increases their WIS stat.

The small-statured Bronii, finally, have the extremely useful skill Align Art, which increases the number of items you can carry by 5 for each party member with this skill while also increasing your VIT. Their Herbalism skill, meanwhile, increases the effectiveness of healing items.

Another new feature are the so-called Union Skills – powerful abilities than can only be activated by multiple party members at once when the Union Gauge is full.

Head past the break for character skills, screenshots and art!

Some info about some of the classes found in the game: 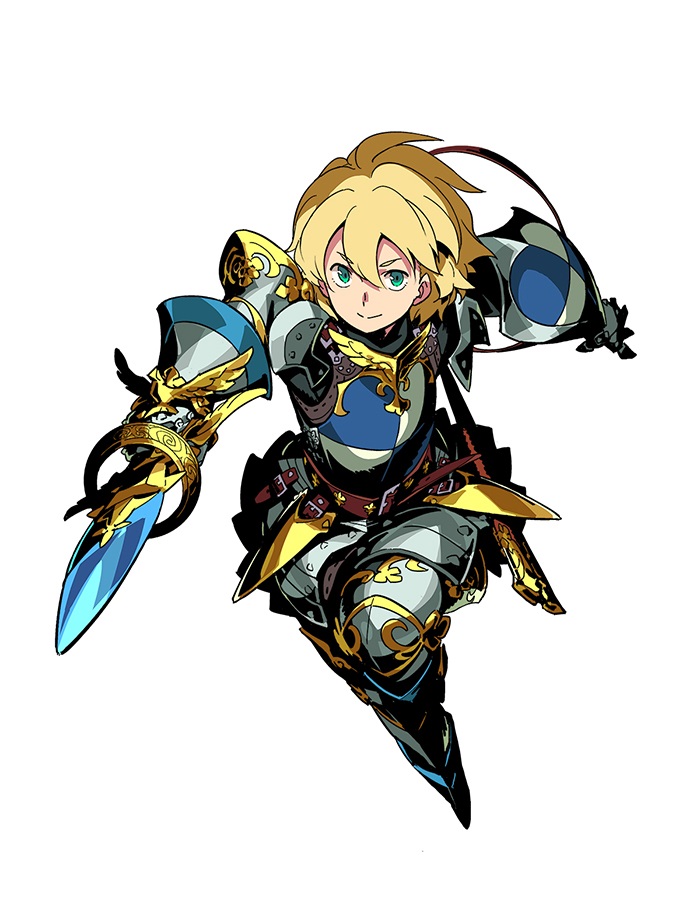 Fencers are front row fighters that rely on evasion. Examples of their skills are Vision Thrust, which can blind an enemy, and Chain Fire, which allows the Fencer to attack again if the enemy suffers a stab or fire attack in that turn. 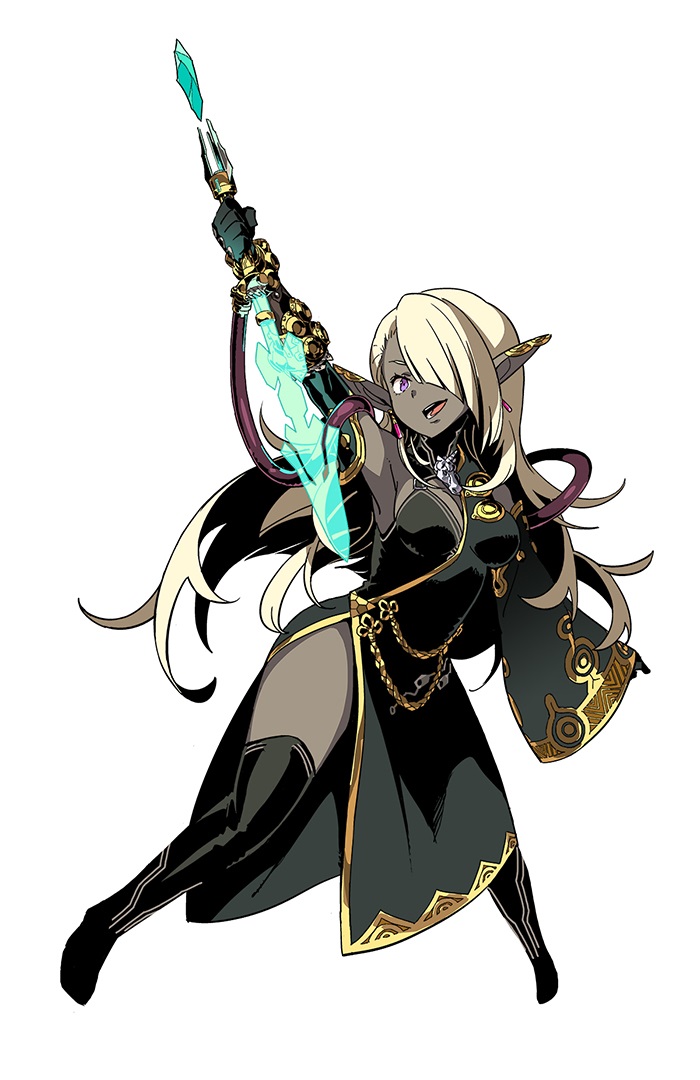 Warlocks are elemental magic users that operate from the back row. They can use skills such as Fireball, which hits a primary target and any enemies immediately to its right and left, and High-Speed Casting, which allows you to cast spells without using up a turn. However, this increases the TP cost of the skills used. 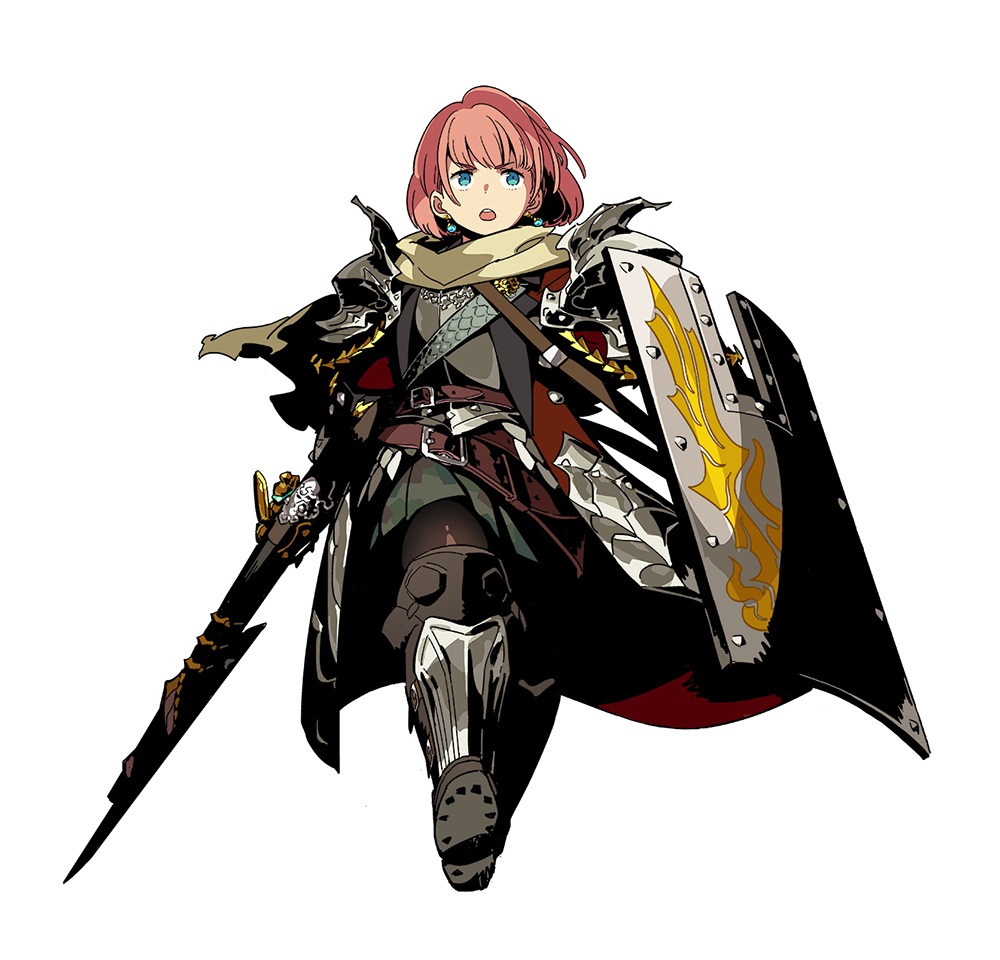 Dragoons are front row tanks. Their skills include Line Guard, which lowers the damage taken by one row of allies during the turn it is used, and Barrage Wall, which performs a ranged attack on all enemies while also lowering their physical attack. 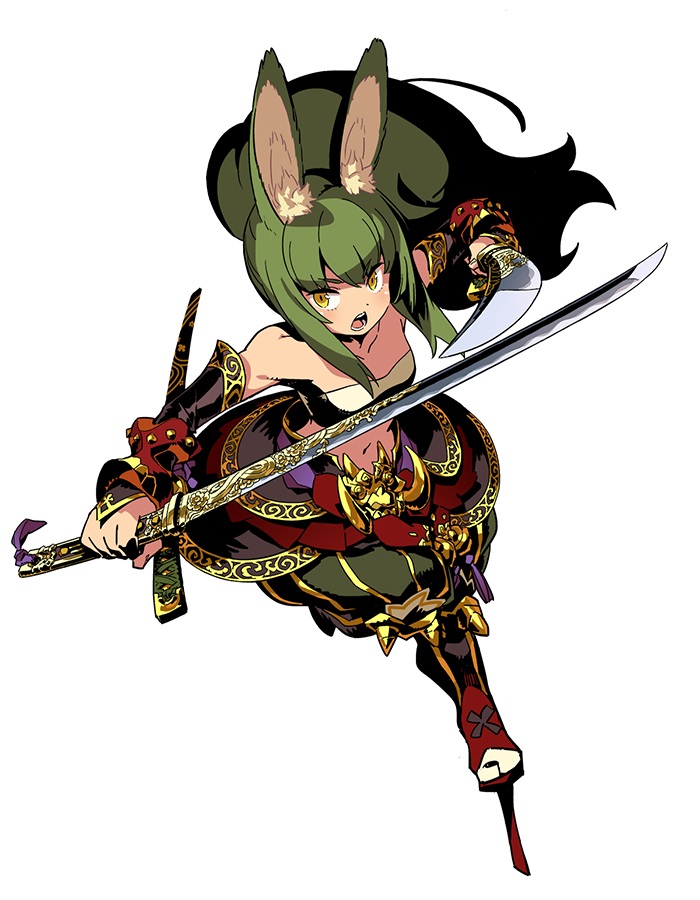 Masurao operate in the front row and are expert damage dealers thanks to their proficiency with swords. Their skills include Oni Musou, which delivers multiple hits for high damage, and Parry, which hits once before and once more after an enemy’s attack. 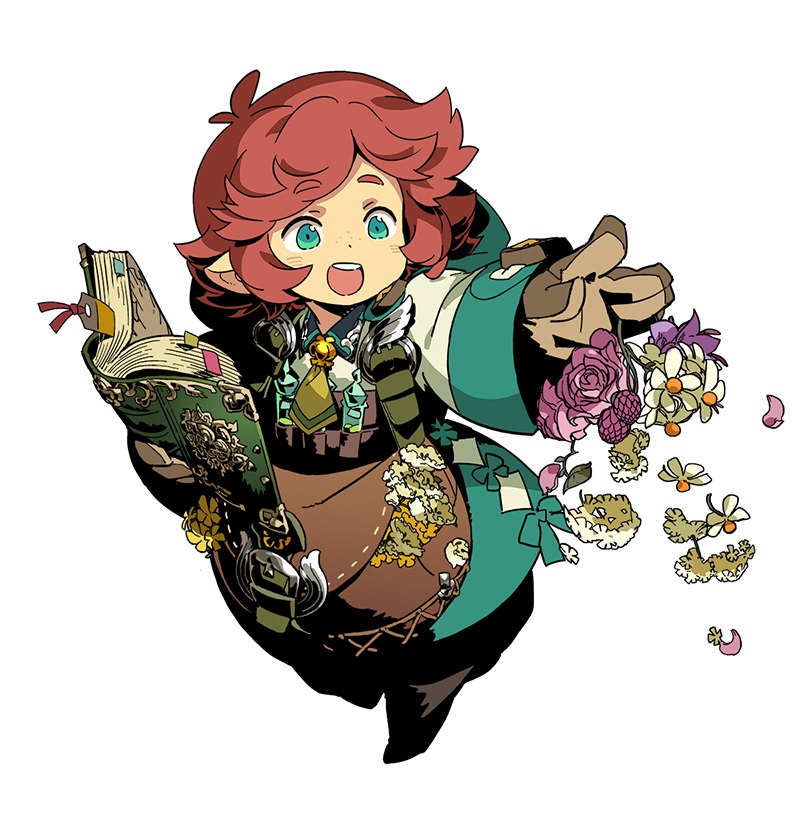 Herbalists are back row healers who use various herbs to heal allies and harm enemies – for example, they can use Cure Herb to restore one ally’s HP and Poison Smoke to poison a row of enemies.

Check out the gallery below for some screenshots and more art:

END_OF_DOCUMENT_TOKEN_TO_BE_REPLACED

A new Etrian Odyssey V trailer has been posted online highlighting the game’s Fencer class. We’ve gone ahead and posted it below.

Atlus has published a new Etrian Odyssey V showcasing the game’s character creation features. Check it out below.