Kadokawa Games released a demo for the 3DS version of Rodea: The Sky Soldier in Japan today. For footage from the download, check out the video above.

Rodea: The Sky Soldier gets first review in Famitsu

After an incredibly long wait, Rodea: The Sky Soldier is finally launching in Japan next week. Given that the game is so close, Famitsu published a review in its latest issue.

We’ve gone ahead and translated the review in full. You can find it after the break.

END_OF_DOCUMENT_TOKEN_TO_BE_REPLACED

4Gamer has uploaded 10 minutes of footage from Rodea: The Sky Soldier. Check it out above.

Posted on 6 years ago by Brian(@NE_Brian) in 3DS, Screenshots, Wii U | 0 comments

Posted on 6 years ago by Brian(@NE_Brian) in 3DS, Screenshots, Wii U | 6 Comments

Rodea: The Sky Soldier introduces the “R series” and more

This week’s issue of Famitsu has a big update on Rodea: The Sky Soldier. The magazine introduces the “R series” of humanoid robots, new characters, and more.

One portion of Famitsu’s article reveals information about the “R series”. This is a series of humanoid robots with the power of flight.

The emperor of Naga empire, Giado, launched the “R project” to produce robots to use as a spearhead in invading other countries. Rodea has lost the memory of that event, and is now protecting the people of Garuda by confronting his former allies. Rodea was a prototype, so the other members of the R series are more powerful.

Speaking of Giado, Famitsu has a couple of tidbits about the character. He was formerly a good father of Cecilia. That all changes, and he has since enhanced his body with machine parts.

Below is the full rundown of the R series:

END_OF_DOCUMENT_TOKEN_TO_BE_REPLACED

Posted on 6 years ago by Brian(@NE_Brian) in 3DS, Screenshots, Wii U | 3 Comments 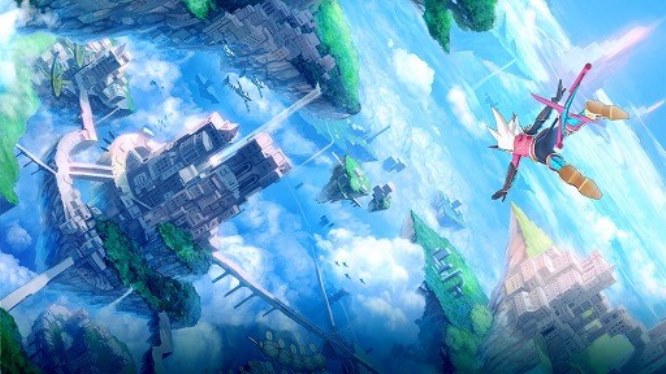