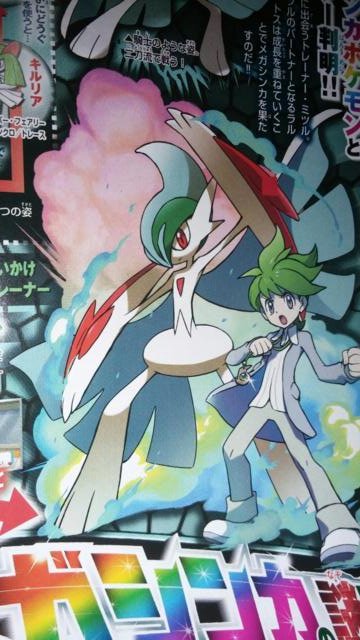 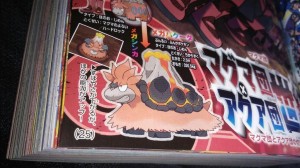 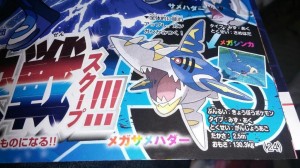 A few more Mega Evolutions have been revealed in Pokemon Omega Ruby and Alpha Sapphire through the latest issue of CoroCoro magazine. Mega Gallade, Mega Sharpedo and Mega Camerupt have all been confirmed. Mega Sharpedo has the Strong Jaw ability and Mega Camerupt has the Sheer Force ability. It’s looking like the game’s signature legendaries, Primal Kyogre and Primall Groudon will also have new abilities with Kyogre spouting the brand new Land of Beginnings and Groudon with Land of Endings. Both will trigger an effect known as Strong Rain and Strong Sunlight though it’s unknown what implication this will have on gameplay. 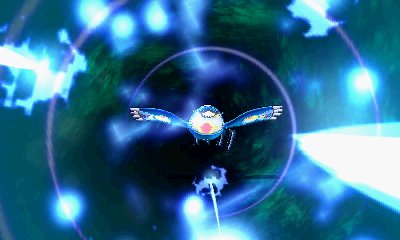 Today’s episode of Pokémon Get?TV featured new footage from Pokemon Omega Ruby/Alpha Sapphire. Primal Groudon and Primal Kyogre were both showcased, and it is now confirmed that the two creatures use brand new moves as opposed to reanimated moves. No word yet on what they’re called, but that information should appear soon. 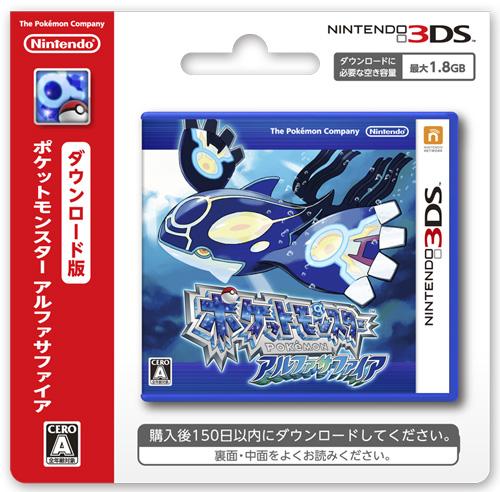 More news coming out along side the latest trailer pertaining to pre-ordering the latest Pokemon remakes in Japan. Pre-orders open on September 20th in Japan and come with special figures of Primal Groudon and Kyogre with each respective version (these figures will be different to the ones Europe is receiving.) Additionally, there is now the option to pre-order a special ‘double pack’ of the games for 9 142 yen which features the following:

Additionally, downloading the game between November 21st and November 30th will grant access to 12 Quick Balls useable in game. There will also be a Shiny Beldum event running from the game’s launch, from November 21st through to January 14th 2015.

Each game will take up 1.8gb of your 3DS’s memory. 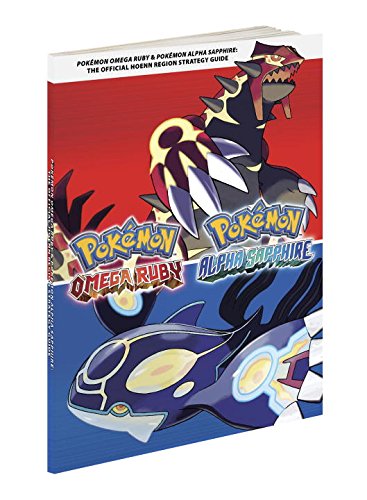 By purchasing the guide, you’ll receive access to the following:

• A complete walkthrough of all the Gym battles, the Elite Four, becoming the Champion, and beyond!
• More Mega Evolutions and the mysterious Primal Reversion!
• All the new game features, including Super-Secret Bases, Pokémon Contest Spectaculars, and more!
• List of TMs, HMs, items, Berries, and Mega Stones—including where to find them!
• Helpful tips for getting the most out of communication features and online play!
• A pullout map of the Hoenn region!

It will be available on November 21.

Image: A look at the Pokemon Omega Ruby/Alpha Sapphire map 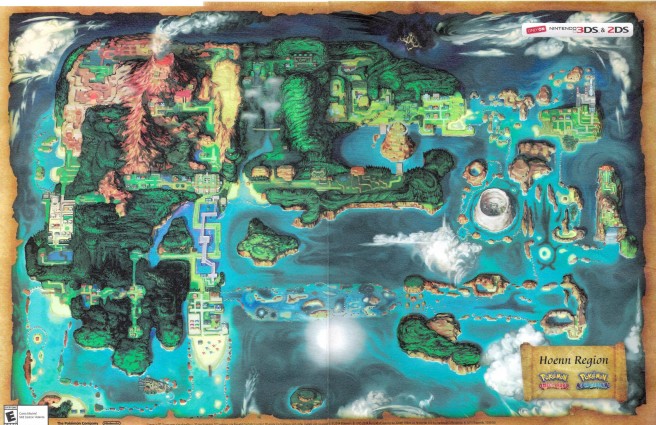 Twitter user “choirboyhotel” has shared a scan of the Pokemon Omega Ruby/Alpha Sapphire PAX Prime poster. The image gives us a look at the game’s map. You’ll find the scan posted above.

Posted on 8 years ago by Brian(@NE_Brian) in 3DS, Screenshots | 3 Comments

Posted on 8 years ago by Kirara Koneko(@KiraraKoneko) in 3DS, News | 0 comments

The recently reported Limited Edition SteelBook set to release for both upcoming games was exciting enough, but now we are discovering more goodies for European Pokemon fans.

Pre-orders of the Limited Edition SteelBook from the official Nintendo UK Store will receive: 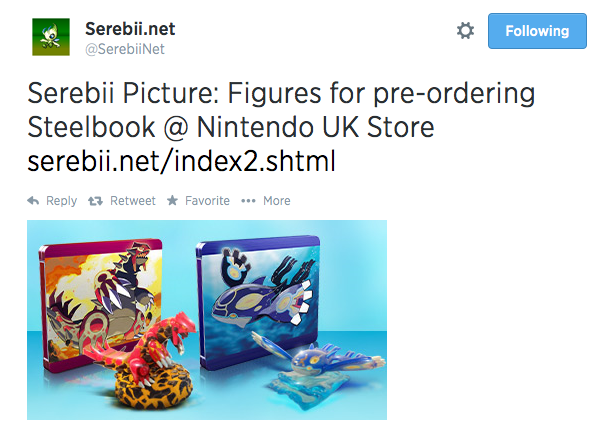 Those pre-ordeing from GAME as a standalone release will receive also Legendary figurines.

Pre-orders at ShopTo will receive a 2D keychain of Torchic.