Posted on 2 years ago by Nick in News, Switch | 33 Comments

Another rare blade gets shown off by the Xenoblade Chronicles 2 Twitter, this time we get the rare blade Tokiha. You can get a glimpse of her down below.

END_OF_DOCUMENT_TOKEN_TO_BE_REPLACED

Posted on 2 years ago by Brian(@NE_Brian) in News, Switch | 14 Comments

First up is Shin, who is voiced by Takahiro Sakurai in the Japanese version. He’s described as a mysterious masked swordsman. While he has a calm personality, he has some sort of secret. 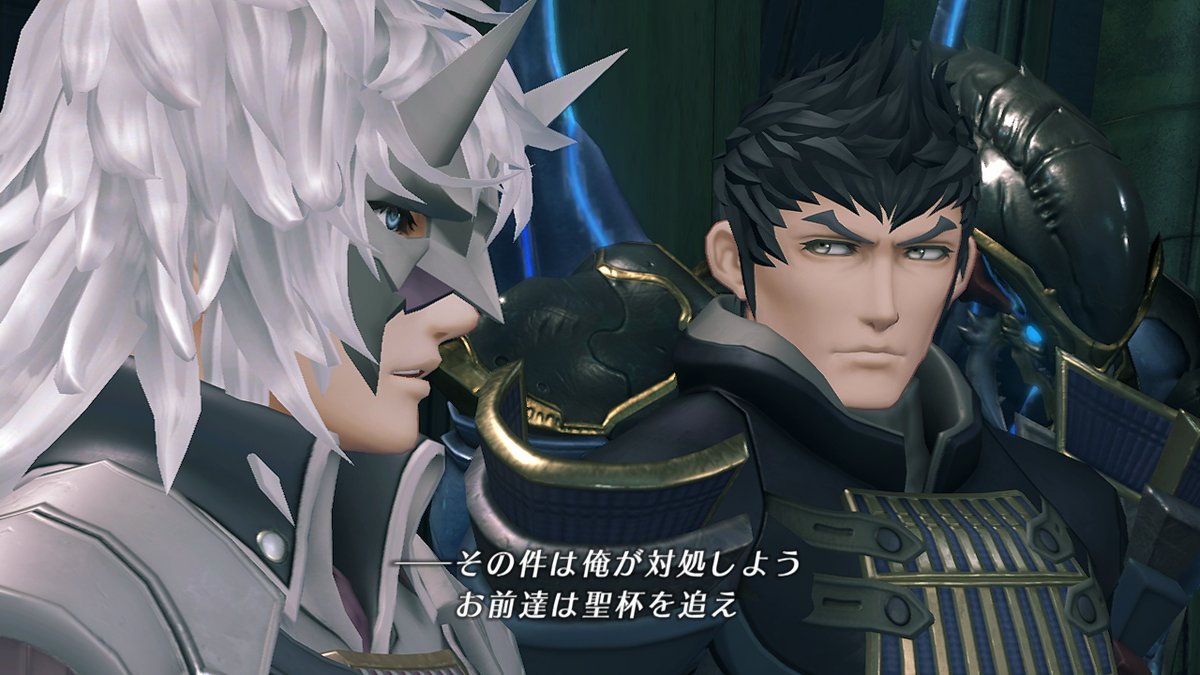 Also shown off is Metsu, who is voiced by Yuichi Nakamura. Unlike Shin, he’s a giant of a man with a rough personality. Metsu has superior skills as a Driver. 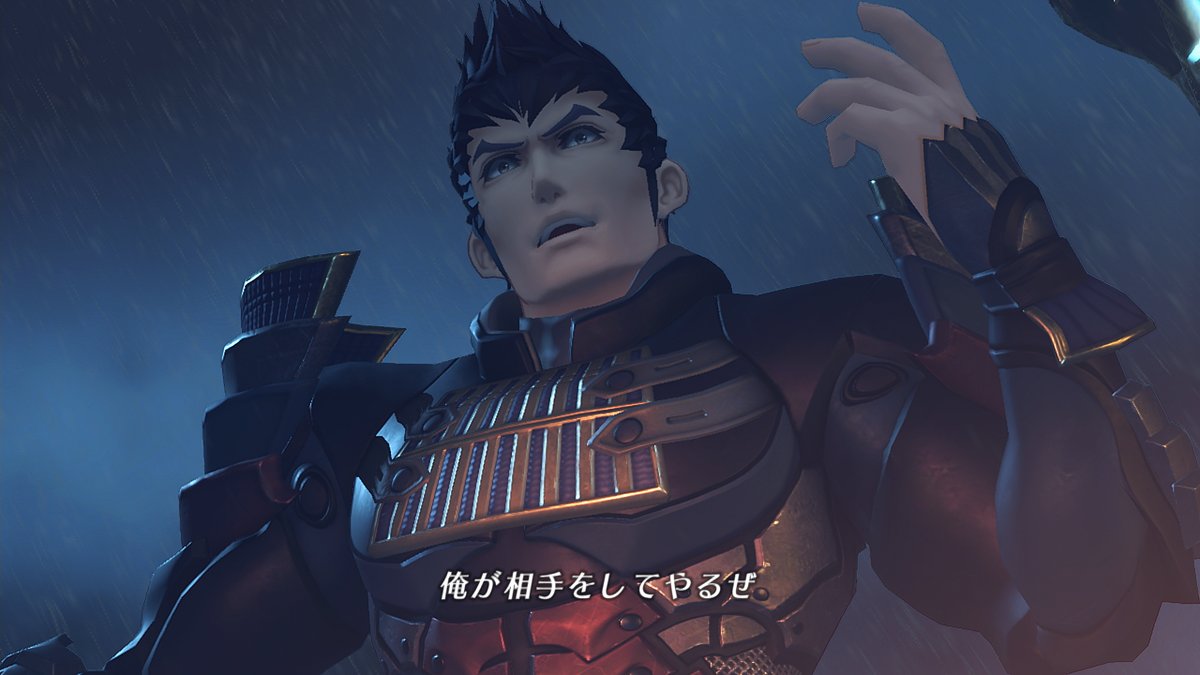 Posted on 2 years ago by Brian(@NE_Brian) in Switch, Videos | 3 Comments

New footage is beginning to emerge from Xenoblade Chronicles 2. Watch 10 minutes of direct-feed gameplay in the video below.

Posted on 2 years ago by Brian(@NE_Brian) in News, Switch | 38 Comments

Nintendo has shown off another one of the rare Blades you’ll encounter in Xenoblade Chronicles 2. We have a first look at Raiko, who is designed by Asato Mizu and voiced by Himika Akenaya.

As shown in the design, Raiko has a close connection to lightning. We have the official art below and a quick clip below.

Posted on 2 years ago by Nick in Screenshots, Switch | 4 Comments

On the Xenoblade Chronicles 2 Japanese Twitter we got some interesting screenshots of Nia’s blade, Dromarch, being able to be mounted and used to traverse the main world. It seems the ability to ride Dromarch is specific to Nia. You can check out the tweet down below.

Posted on 2 years ago by Brian(@NE_Brian) in News, Switch | 16 Comments

Nintendo has unveiled another rare Blade for Xenoblade Chronicles 2. On the official Japanese Twitter account, we’re given a first look at Uka.

Uka is designed by Nakaba Higurashi, was largely involved with the Baten Kaitos games. M·A·O. (Mao Ichimichi) voices the character.

END_OF_DOCUMENT_TOKEN_TO_BE_REPLACED

Posted on 2 years ago by Brian(@NE_Brian) in News, Switch | 1 Comment

The Nintendo Treehouse Log updated this past week with entries for two big entries. Super Mario Odyssey and Xenoblade Chronicles 2 were both covered.

First, here’s an excerpt about the Snapshot Mode in Super Mario Odyssey:

This game’s all about the fun and excitement of travel, so it makes sense that the dev team created a tool to help you preserve those memories. After all, part of the fun of a journey is sharing photos of the big moments with your friends! But what really surprised me the first time I tried out Snapshot Mode was how robust its toolset was…

It utilizes the same Capture Button you’re used to on your Nintendo Switch, and it lets you share images in all the same ways that’re built into that system, too. But from there, it offers you a whole lot more. I’ve been messing around with Snapshot Mode a bunch since it first got added to the game. Over the next few posts I’ll be sharing a few of my favorite recent shots, and a bit of info about how I captured each one…

And an excerpt about the battle system in Xenoblade Chronicles 2:

To begin with, let’s discuss Blades. Blades are synthetic beings who wield different weapons full of tremendous power. Each Blade is born from what is called a Core Crystal. When a person touches a Blade’s Core Crystal, he or she will bond with that Blade and, as a result, be able to command that Blade in battle. A person who has bonded with a Blade is known as that Blade’s “Driver.”

Here we see a powerful and mysterious Blade, Pyra, alongside her Driver, Rex.
Drivers can bond with many different Blades, but can only command up to three in battle at a time. This is a big point at which strategy comes into play—once you’ve bonded with multiple Blades, which will you take into battle, and who will you start with? An indicator at the lower left of the game screen shows you who your current three Blades are; the top position represents the lead Blade, who always enters battle first.

Here we see Pyra in the first position, with Finch and Kogoku in the second and third positions respectively.
A small amount of time must pass before you can swap to one of your other two Blades. There are ways to shorten this amount of time by using Blades more frequently or completing quests, but there will always be a bit of a wait. And which Blade you choose to start battle with should always be part of your plans.

From there, though, battle strategy gets even more complex. Think of it like peeling an onion—there are lots of layers to go!

You can read Super Mario Odyssey’s full entry on the Nintendo Treehouse Log here. The one for Xenoblade Chronicles 2 is here.

Posted on 2 years ago by Matt(@OnePunchMaz) in News, Switch, Videos | 13 Comments

The Xenoblade Chronicles 2 Twitter account revealed two new rare Blades today, both of which were designed by hakus. First up is Azami, a mysterious and beautiful Blade who wields a giant gun:

Then there’s Kubila, a king-like Blade:

Posted on 2 years ago by Matt(@OnePunchMaz) in Switch, Videos | 2 Comments

The latest Xenoblade Chronicles 2 Twitter update is about the “Button Challenge” system. When a Blade performs a special move, pressing the correct buttons shown on screen will increase the power of that move. There’s also a narrator who gives comments based on the success of your button presses. Check out the video in the tweet below that shows the system in action:

Posted on 2 years ago by Matt(@OnePunchMaz) in Images, Screenshots, Switch | 6 Comments

The Xenoblade Chronicles 2 Twitter account gave us a quick look at Hana today. Hana is the main Blade of Tora, your Nopon party member. She is an artificial Blade and was actually built by Tora himself. 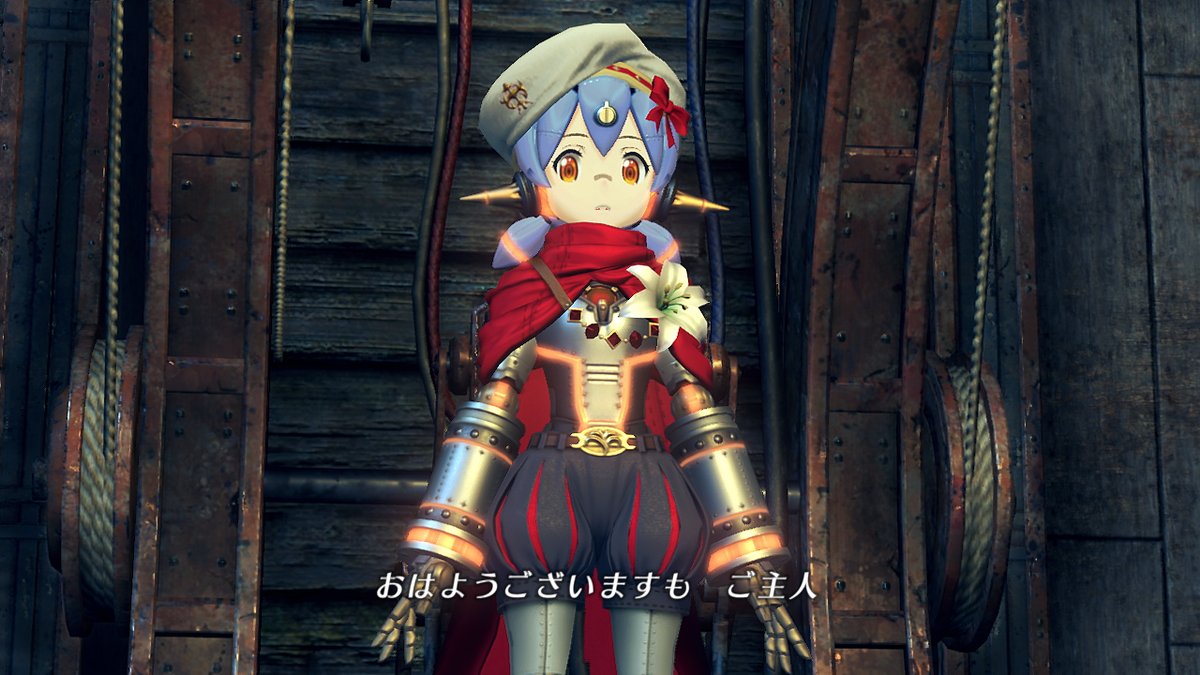