Posted on 12 years ago by Brian(@NE_Brian) in General Nintendo, News | 1 Comment

“Casual games have become mainstream in the industry. It’s not just a Japanese phenomenon but also something that’s happening worldwide. There are new markets and possibilities opening up thanks to the trend, which is great. But on the other hand, we shouldn’t forget about the hardcore gamers whose lives are about videogames. The gamers who consider video games a subculture, and enjoy taking their time to sit down and play games that gives them energy and courage. I wanted to remind those gamers about the fun of video games. I know that we’re going against the trend, but we’ve been working hard for the past four years so that the fire [of non-casual games] won’t blow out.” – Hideo Kojima of the MGS series

In a sense, I can definitely see where Kojima is coming from. Developers are hopping on the casual bandwagon, knowing that their title will have a good chance at being successful regardless of the quality. However, there is room in the industry for casual games, and just because these titles are different than to the tastes of the core gamer, they should not be forgotten completely.

Contest: Win a WiiWare game of your choice

To celebrate the launch of WiiWare, Nintendo Everything is hosting a simple contest to get a chance to experience one of the newest WiiWare titles. The rules of the contest are as follows:

1) Wii consoles of the participants must be from the United States so that the WiiWare game can be gifted.

2) One entry per person.

3) Entries past the deadline will not be accepted.

So, how exactly can you enter? Just send an email to [email protected] with your nick name. One winner will be chosen at random. If you are picked as the winner, Wii codes will need to be exchanged.

EA announces MySims Kingdom, the next experience in the popular MySims franchise, coming in Fall 2008 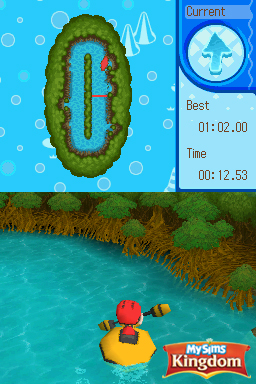 Guildford, UK — May 14, 2008 — The Sims™, an Electronic Arts Inc. (NASDAQ: ERTS) Label, today announced first details for MySims™ Kingdom, the next experience from the creators of MySims™. Launching exclusively on the Wii™ and Nintendo DS™ platforms, MySims Kingdom sets you on a story of adventure, discovery and exploration to help King Roland and his subjects revitalize the Kingdom. Launching globally in autumn 2008, MySims Kingdom for the Wii and Nintendo DS puts the creativity in your hands to make the Kingdom something to behold!

MySims Kingdom for the Wii
King Roland needs your help to make the Kingdom a better place. Throughout this tale to bring the Kingdom back to its former glory, you must help new and old friends alike, discover new lands and build to the limit of your imagination.

Your MySims Kingdom experience begins in The Capital, the majestic land at the center of your story-telling. Check out the Castle, explore this first land and begin to meet your first set of new friends, including King Roland, Princess Butter, and the Wizard Marlon. Find out more of what awaits you here and then get in your boat to sail to many more lands on the horizon!

END_OF_DOCUMENT_TOKEN_TO_BE_REPLACED 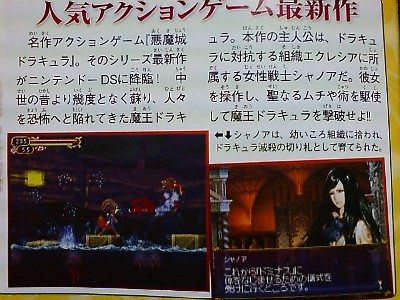 – black and white game world, red blood
– action game with ‘comical’ ultra-violence
– “Cheerful violence” and “Curb Brawler”
– main character carries the burden of his past on his shoulders, and must deal with his killing ways
– Director – Shigenori Nishikawa
– no official Japanese release date at this time

END_OF_DOCUMENT_TOKEN_TO_BE_REPLACED

More confirmation of storage solution on Wii and no Wii, WiiWare demos 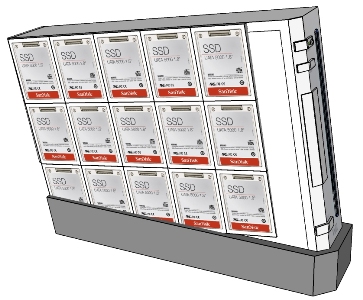 It was not so long ago that Satoru Iwata explained that Nintendo needs to investigate a “possible storage solution” for the “small number of customers who feel that the flash memory is too small.” An additional representative has recently reinforced Iwata’s words, claiming that Nintendo is looking for ways to rectify the issue.

Meanwhile, the same representative noted that no Wii demos – including WiiWare demos – are on the way, in spite of many people’s wishes. Considering the lack of a hard drive, any attempts to download such data would most likely use up nearly the entire flash memory on the system.

Even though no demos of games are planned, perhaps Nintendo could modify their policy if a hard drive was released.

Nintendo will release the highly anticipated Super Smash Bros.™ Brawl 26 June 2008. The first Super Smash Bros. for Wii™ is an action packed fighting game that includes more moves, more levels, online battles, Nintendo Wi-Fi Connection, a variety of control options, a host of playable characters, and even an adventure mode that’s a full game in itself!

Super Smash Bros. Brawl is a game play experience where characters from around the Nintendo universe meet up in Nintendo locales to battle it out. Choose from a number of iconic and new characters including Mario, everyone’s favourite plumber; Meta Knight, the sword-wielding nemesis of Kirby; Pit, the angelic archer from Kid Icarus™; Zero Suit Samus, the powerful Metroid® series heroine; Sonic the Hedgehog from SEGA®, and Solid Snake the solider from Konami’s Metal Gear series, among a host of others.

Jump and brawl your way through the Nintendo themed stages; pit up to four players against one another in a brawl to see who is the last one standing. Thanks to the Nintendo Wi-Fi Connection you can brawl with friends or strangers, share photos, swap replays, team up for challenging mini-games, and send custom made stages or screenshots to friends.

END_OF_DOCUMENT_TOKEN_TO_BE_REPLACED

Posted on 12 years ago by Brian(@NE_Brian) in General Nintendo, News | 3 Comments 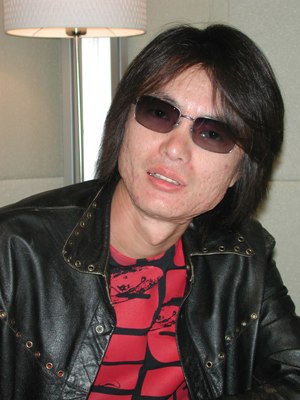 Number of EA games for the year