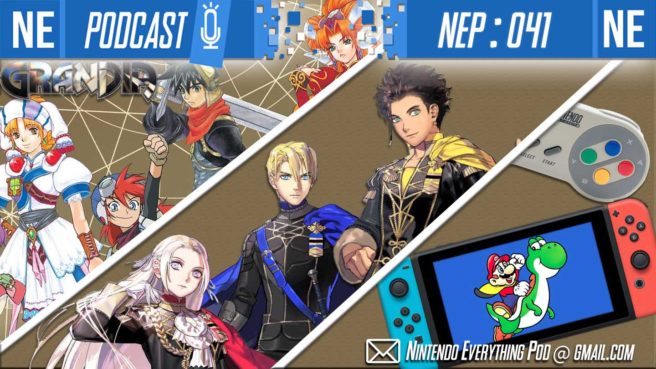 Hello, my beautiful bubbles and bobbles. This week on NEP, we’re gushing about Fire Emblem: Three Houses. Oni tries (and fails) to not talk about FE3H the entire episode, while Galen picks arbitrary battles as he defends Cooking Mama. Oni also gives some first impressions with the Grandia HD Collection, and the gang discusses all the game announcements and details we got this week! Could a Nintendo Direct be coming next month?
We finish things off by chatting about games with sequels where one was exponentially better than the other. Both Galen and Oni dive into their pasts to pull up some sore memories of their favorite games…

If you’re enjoying NEP, please consider giving us a 5 star review on Apple Podcasts, aka new iTunes. It’s incredibly helpful in getting us exposed to new listeners through the algorithms, so we would greatly appreciate your help. Thank you for listening!

Send us an email and we’ll discuss it!
[email protected]gmail.com

Listener Bonus: Help the show grow and support us by giving us ☆5 STAR☆ iTunes review! Thank you!