Just so you guys know, I can confirm that there will be no Virtual Console games released today. Some people have been doubting the leaked press releases because a video on the Nintendo Channel featured Dr. Mario, though I checked my mail and noticed that Nintendo sent me – word for word – the notice about no Virtual Console games today. Since that press release is correct, I’d assume the WiiWare one isn’t fake.

Well, I suppose we’ll know for sure in a few hours!

Update: I received another email with the WiiWare press release, and I can also confirm the information I posted the other day was indeed correct.

Complete listing of featured videos on the Nintendo Channel menu

Nintendo Everything: What to expect in the next few days

Posted 11 years ago by Brian in Site updates | 0 comments

– A contest: Yep it’ll be an easy contest, one in which can be entered with little effort.

– More 3D images: Will there be more Metroid Prime 3 images, or will I take a shot at a different series? Return to NE to find out!
– Articles: I might not release articles this week, but I do have two in store for you guys to take a look at.

– The return of the vs. feature: Yeah, I sort of forgot about this for awhile. Though, it will be back!

I’m sure I’m forgetting a few things, but the items mentioned above should give you a good idea of what to expect this week.

Pokémon Platinum coming to the DS 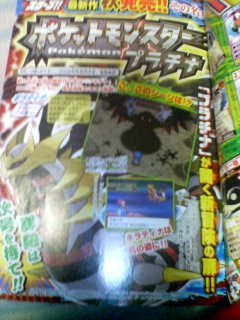 Confirmed info
– Pokémon Platinum is the official name
– Basically like Pokémon Yellow of the red/blue Pokémon games (not a new, original game)
– Revealed in the latest issue of Coro Coro Magazine

Rumored info
* Pokémon Platinum, set for September release. Giratina on the box
* Volkner no longer gym leader of Sunyshore City
* The Underground is now Wi-Fi enabled
* An island called Battle Island, works in the same manner as the Battle Frontier
* Several new Pokémon ‘forms’ exist in the game; Giratina’s Origin Form, Regigigas’ Sky Form, Shaymin’s Another Form
* Giratina & Regigigas’ new forms are said to be able to get the Levitate ability and Shaymin’s Another form may be at least part Ice Type

Rare’s newest Scribes page – a feature in which fans’ questions are answered – discusses the possibility of Diddy Kong Racing on the Virtual Console and how far along Viva Pinata’s development cycle is on the DS. On the issue of Diddy Kong Racing, the writer(s) for Scribes explains that in general, Nintendo does not want to change the appearance of VC games. Thus, that would probably mean Banjo and Conker would return (unlike the DS remake) if the game was released. However, Nintendo currently has no apparent interest to put the game on the Wii Shop Channel anytime soon and Rare believes the chances of the Diddy Kong Racing releasing in the future is “highly unlikely.”

Also, although Rare didn’t elaborate on the topic of Viva Pinata’s completion, it was noted that the game is finished with development. Rare did not say when the game would be ready for launch, but because the game is no longer in development, one would expect an announcement of some sort very soon. 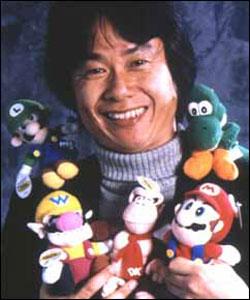 “I think America has always been better at creating unique products. In Japan, the technology required to create videogames tends to be concentrated in the bigger corporations. Here in the United States, you have these independent developers who have managed to get the skills and the training and the development, and also have managed to get access to the technology and the hardware needed to develop it. They’re able to let their own personality and their own kind of unique interests really flourish in the games that they’re creating.” – Shigeru Miyamoto

Wow, those are quite powerful words from Mr. Miyamoto. However, while I do believe American developers have indeed created some excellent titles, the gaming industry would be lackluster without input from the Japanese creators.

Posted 11 years ago by Brian in Rumors, Wii | 0 comments

During the latest 1UP.com podcast – 1UP Yours – Shane Bettenhausen claimed that Nintendo will have no guns in store for Q4 of 2008. There may be a title here or there, but nothing major. I am sure that much will be announced at E3 (perhaps even Nintendo’s full 2008 schedule), although this notion contradicts Reggie Fils-Aime. It was only two months ago that Reggie promised a huge “gamers game” for the holiday season.

Animal Crossing, Kid Icarus, or even Pikmin are possible games that could release later this year. Will Nintendo really let three or so months pass without a big release?

This guitar hero stylus pick can be yours by pre-ordering Guitar Hero on Tour at Circuit City.

WiiWare launching this Monday with 6 titles, no VC games Monday

Oddly enough, Dr. Mario doesn’t seem like it will be making its debut on Monday.

Starting today, Wii owners with an Internet connection can download new, creative games from a wide range of developers, from large publishers to indie shops. By reducing the barriers that make console game development prohibitively expensive, WiiWare showcases original ideas in the most democratic environment in industry history, connecting the people who make games more directly with the people who play them.

WiiWare frees developers from the traditional constraints of video game development. WiiWare lets developers experiment with big ideas and small budgets to the benefit of players everywhere. Newer, smaller teams now have an outlet for their creative ideas. The constantly growing WiiWare library will have a regular flow of unique video gaming experiences consumers might not otherwise have access to.