Why are the online functions on the Wii limited? Nintendo won’t tell you

Posted 12 years ago by Brian in News, Wii | 2 Comments

Speaking on the limitations of Wii’s online capabilities, Rose Lappin of Nintendo of Australia explained, “…What we do have available at this stage for online gaming is Mario Kart Wii, and coming out June 26, Super Smash Bros. Brawl. In terms of downloadable content, we also have the various Wii Channels that are available including Mii Channel, Everybody Votes Channel, News Channel, Forecast Channel, Wii Shop Channel, Internet Channel, Photo Channel, Nintendo Channel and Mii Contest Channel; as well as Virtual Console, for classic game downloads, and now WiiWare for new downloads.”

In addition to avoiding the issue, the reply is rather…lame. The downloadable content that is described honestly isn’t really downloadable; since, after all, the content does end up being removed from the Wii eventually (Brawl levels expire after a day, Mario Kart Wii tournaments rotate every week.) Nintendo obviously isn’t prepared to provide fans with a sufficient answer, which is a shame.

Posted 12 years ago by Brian in General Nintendo, News | 1 Comment

It’s a slow news day indeed, which is one reason why I’m posting this video. Oh, and the fact that I couldn’t stop laughing the first time I saw it didn’t hurt, either. Just as a note, I’m pretty sure this video is fake.

Posted 12 years ago by Brian in News, Site updates | 1 Comment 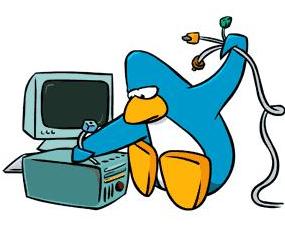 Some of you probably know that Nintendo Everything has been down the past two hours. This issue was a problem associated with our host, and not a problem on our end. Still, that didn’t make waiting out the downtime any easier! Oddly enough, our host is up 99.99% of the time (this is a real stat, not a joke!), and the average downtime wait is around 30 minutes for our host. So, definitely inconvenient, but thankfully, today was an extremely slow news day. I apologize to those attempting to access the site, but we’re back!

Fracture on Wii never considered due to lack of processing power

“No, when it comes to the Wii, because literally the Wii does not have the processing power that would be required to do a game like this.” – Jeffrey Gullett, assistant producer of Lucas Arts

The Wii may not be able to handle most of the games currently available on the Xbox 360 and PS3, though developers have managed to pull off amazing technical feats based on the Wii’s limitations. The developers of LostWinds, for instance, were forced to work around a file size limit, yet still was capable of producing graphics that are superior to most retail Wii games.

Capcom ready to announce “something like” Bionic Commando, Lost Planet for Wii?

Posted 12 years ago by Brian in News, Wii | 3 Comments 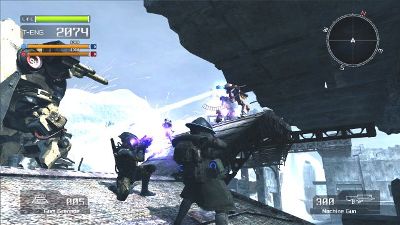 “Possible… The ‘or something like this’ part [Bionic Commando/Lost Planet] we could talk about in a couple weeks perhaps.” – Christian Svensson, Corporate Officer/Vice-President of Strategic Planning & Business Development of Capcom

All long job titles aside, I’m sure 99% of the hardcore gaming population knows which event will be taking place in a few weeks. Yep, E3. Capcom has supported the Wii very well by delivering Zack & Wiki, Resident Evil titles, and Okami. More support from the company would definitely aid third party support on the system. The comment from Mr. Svensson seems to hint at a new IP; however, this could be a spin off of Bionic Commando or Lost Planet.

ELPSA sales awards for May

Phoenix Wright: Trials and Tribulations confirmed for a European release 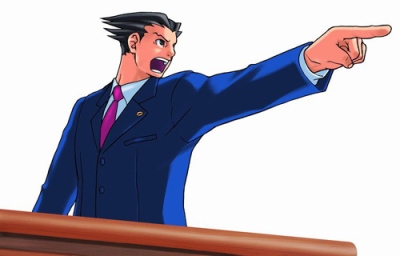 “Actually, we’re in the middle of localizing it right now. Currently, the game is in a playable state, and all that is left is to some final adjustments on the text to bring the quality up to our high standards. We’re looking to announce a release date in th near future, and we thank you for waiting for the European release!”

This information can be found on the Phoenix Wright website under the interview section.

Thanks to Bonroe for the tip!